So You Were A Poor Kid, Now What? 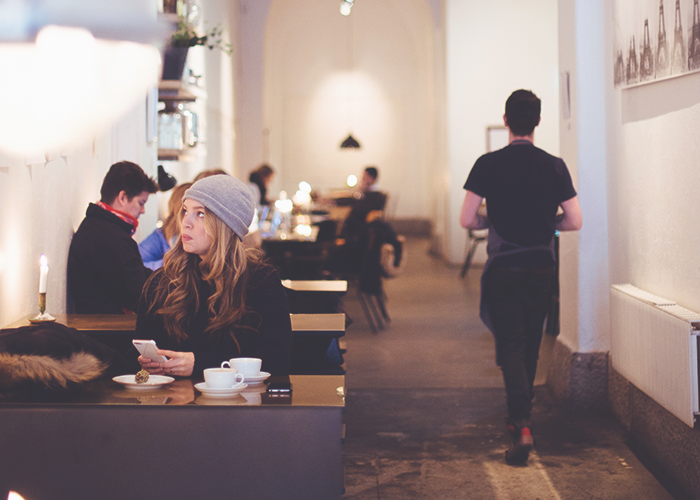 Growing up in poverty can lead to a lifetime of weird, harmful, quirky, and, at times, helpful habits. For example, my friends always think I am so creative in the kitchen because I am a natural born cook, when in reality, I learned from an early age how to make a large, cheap meal from whatever was on hand (hello chicken-egg-salad with extra celery and pepper) and still aim for it to be palatable. There is also a lot of baggage that comes from once being poor to being wealthy — or in my case, no longer falling below the poverty line, but still making chicken-egg-salad with extra celery and pepper on the reg. Part of what I was lucky to have instilled in me from a young age is to always pay bills first, and everything else comes second, so even though I am still an infant in learning about finances and financial planning, I am pretty responsible with my money. But even knowing this about myself, and having some money in savings, I continue to struggle with spending guilt.

Most everyone I know has struggled with some form of spending guilt in their lives. It’s normal to a certain degree, but having lived below the poverty line for all of my life except the past two years, spending guilt has always been more constant than occasional. It is hard to justify buying a sweater just to have more clothing options when there are other sweaters in the closet, and you grew up splitting your entire wardrobe with your younger sister, half of which was hand-me-downs from your older brother. I may not have been the only girl wearing boy jeans to school, but I know I was the only one who paired them with a thermal undershirt with power rangers on it.

The guilty feeling was overwhelming at times. I had a negative inner voice I would use to berate myself for being irresponsible or foolish if I spent what I felt was too much money on a single item. When I moved into my own apartment, I got a card table instead of a real kitchen table and never bought a microwave, using my oven or stove top to reheat food. If I had a means of doing something that got the job done, I could not justify spending more money simply because it was easier or looked better. It was the same mentality I had when I was growing up. I never had “the latest” in anything, and we would use any item we had until it literally broke down or stopped working. If something felt like a luxury, we went without, which also meant we rarely did things like order pizza or throw birthday parties. It was difficult to accept the fact that I will want to go out to eat or buy a new outfit just because, and those are both perfectly fine things to do — when I can afford them. Incorporating a budget has allowed me the freedom to indulge in my own little luxuries without the guilt and negativity.

It can be tough, when trying to eat healthy

, to go out to a restaurant and see everyone else order a side of fries, and you decide to go for the salad instead, but it also feels really rewarding to have made the healthy choice (even if you end up eating fries off of the two people closest to you during the meal). Living within a budget gives me the same sense of accomplishment. I know every time I make a budget and stick with it, I am making a healthy financial decision that will make my life better overall. I have a separate checking account set up that all of my bills draw from, and any remaining money after that is my “spending” money. From there, I save for travel, budget in gas and other necessary expenses, and am generally left with maybe a couple hundred dollars for spending however I want, which for me includes meals and drinks out and groceries.

This seemed like so much money to me when I first realized how much I would have “leftover.” Prior to getting my first job, I had lived with no money “leftover,” and was relying heavily on my credit card for meals out or putting gas in my car. I planned out extravagant shopping trips in my head, and day-dreamed about upgrading old furniture. Of course, I could never actually commit to any of these purchases, because I felt too guilty. Ultimately, I realized that without really trying to I had been living on a self-imposed strict budget — I had just never tried to forecast or give more formal structure to it. From there, I started planning my spending more. I included what purchases I would need to make, why, and when they would need to be in place.

Although a budget may sound restricting, it is freeing to see you can have everything you want — just maybe not all at once. For me, it had the added benefit of alleviating a lot of the spending guilt I had been feeling. It is a pretty simple concept that can be extremely difficult to practice. For example, although I have spending guilt when I buy things for myself, I absolutely love giving gifts to people, and have way less of an issue making a purchase for someone else. This habit also needed to be accounted for in the budget. I corralled my partner into assisting me in making a spreadsheet where literally every cent of my income was accounted for. The couple of hundred dollars I had “leftover” was no more — personal shopping, groceries, gifts, gas, eating out, and any other spending we could possibly think of had a row and a figure for each month. Even short- and long-term savings were included. Knowing how much I have in my shopping budget before I buy new candles or an outfit means I don’t feel guilty if I spend the money — that’s what I budgeted it out for.

My needs and wants have also drastically changed since living in poverty to now. I still sleep on the secondhand mattress I got from an uncle who was downsizing — it’s a great bed and I am so thankful, though I can’t help but get a little skeeved out at large family gatherings wondering who else has had sex in my bed — but for years I only owned one set of sheets that I would wash and immediately put back on. I had no idea it was normal to own more than one set of sheets until my partner and I moved in together. He was changing the bedding and asked where the other set was. Getting a second set was not an immediate need for me, but would make life a bit easier on the days I did not feel like doing laundry and also had been sleeping on dirty sheets for longer than I would want anyone to know. At the time, I would have been able to wait to get the sheets if I had spent my shopping budget for the month, or could re-prioritize if I wanted them immediately and had enough money left. Either way, I could afford new sheets even if it wasn’t in the same month I realized I wanted them. Planning for the purchase meant that when it came time to buy, I was excited for what I would be getting instead of feeling guilty or fearful of how I would afford other necessities.

It is tempting at times to blow all of my spending money on a shopping spree “just because,” knowing that I have a certain amount set aside for it, and I have definitely done that a couple of times. Those times, I usually leave feeling happy, exhausted, and guilty. It comes from knowing I should be spending my money more wisely, and from the unshakeable truth that I could just as easily be in the same position I was two years ago, asking for my landlord to wait to cash a rent check because I knew the one I wrote would bounce. I don’t think the guilt will ever be something I leave behind forever, nor should it be. Now I know it comes only whenever I am truly not making the best financial decisions and not all the time. I became so used to always making due with what I had that now that I don’t have to, I have come to want more than I really need. It reminds me to put the brakes on when I am considering a new piece of furniture or item of clothing and to appreciate what I do have — another important lesson I lived and learned while living below the poverty line.

Molly is a 24-year-old living a glamorous life on a budget. She always splurges on cheese and fresh bread, and to compensate hunts down free activities in and around Kansas City to participate in. She is still searching for what to do with her life next and is more scared of settling than stopping.