3 Times My Procrastination Has Cost Me Thousands Of Dollars 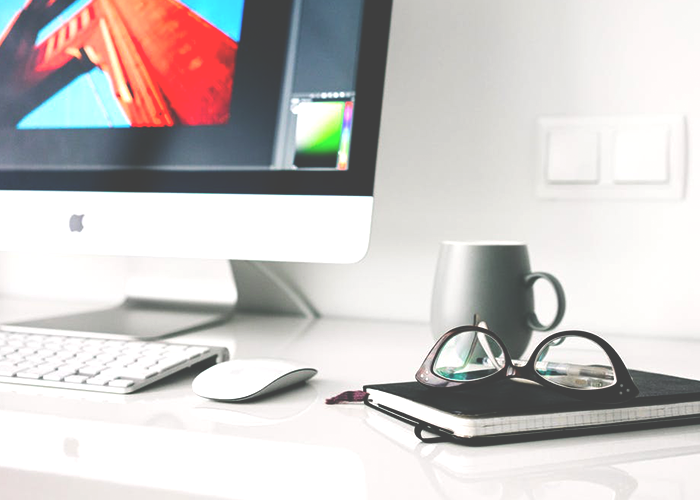 My name is Bree, and I am a procrastinator.

I don’t procrastinate everything I do — I’m diligent at work and don’t put off chores or things like doctor’s appointments.

But I don’t put those things off because they’re easy to deal with. I don’t procrastinate because I want more “me-time” — most of my worst instances of procrastination occurred because I didn’t want to face reality, especially when it comes to money.

The irony is that three times, these incidents ended up costing me hundreds — even thousands — of dollars. For what it’s worth, these progressively worse incidents have definitely resulted in me no longer waiting on these kinds of things, but you shouldn’t have to spend $4,000 to realize that procrastination is bad.

I live in Canada, where healthcare is free. To access that healthcare, people in most provinces require photo ID health cards.

In 2013, I got a notice that mine had expired on my previous birthday (the notice for the last card had been mailed to my old apartment). I intended to get it replaced, but the magazine I worked at was in a production week, which meant a blackout on time off. Instead of setting a reminder to book a day off the next week, I put the form on my desk, where it was covered with proofs, assignments and old magazines.

A few weeks later, I had to have a small surgical procedure. Before the procedure began, the receptionist called me to the desk: my card was expired. I chuckled at first and said yeah, I’d get that replaced as soon as I recovered. Then she told me what I’d been too dumb to realize: with no current proof that I was entitled to health care, I’d have to pay for the procedure out-of-pocket, for $500 — all because I couldn’t get my butt to a service booth within a week.

My Dad sold me his old Kia in 2013, and it was fairly dependable for the first two years. Then on one particularly frigid night, my car battery died and I had to get a boost from a neighbor in the morning. This had happened before with my former (ancient) battery, so I assumed it was normal.

When I mentioned this to my boss, who was an auto enthusiast, he was suspicious: my two-year-old battery shouldn’t have died from cold alone, and it may have been the alternator. But I’d just dealt with a tire repair, and I wasn’t looking forward to forking out another couple hundred on the whim of my boss, who was a slight know-it-all.

Four months later, my dash display lit up on the highway in the middle of a rainstorm. I was able to pull over before the car died completely. My Dad met me to boost the car, but it wouldn’t hold the charge. The alternator was indeed the problem, which was $400 for the parts and labor, plus $200 for the tow.

Here’s where I was really stupid: the mechanic who replaced the alternator said he’d noticed there had been oil on my alternator, which may have come from inside the car. However, I hadn’t seen my “check engine” light, and at my last oil change my levels had been healthy, and the mechanic told me the alternator may have failed from its age alone, so I didn’t heed the warning.

Eventually, shortly after the second alternator was replaced, my partner and I finally found the leak: it was in the engine, and replacing that would be almost as expensive as getting a new car. So we cut our losses and sold the car for scrap metal (and didn’t buy a new one). It was an anticlimactic end to a dramatic tale, and both of us agree we should have simply taken the first breakdown as a sign, paid for the tow and laid the car to rest.

This one is the piece de resistance. I’d always said I’d give the world for my cat, Ben. But this mistake wasn’t just a hard hit on my wallet, it resulted in Ben almost dying.

Last summer, Ben dropped some weight, but it took us a while to notice. He’d always been a grazer, so we never paid attention to when we refilled his bowl. Plus, he’s a fluffy cat, so it wasn’t easy to see. One day, we pet him and could suddenly feel that he was a little boney.

We should have called it into the vet right away, but instead, I insisted that we observe him for a few days first — I kept repeating that his animal instinct would kick in, even though most experts would agree that you can’t simply starve a cat into eating.

This is what really did it in. Two days later, we were bringing our emaciated cat into the vet. Ben had tried to eat, but he was already too ill and his liver levels were out of whack — he was so jaundiced, his pink nose had turned orange. He was hospitalized while the vets tried to get him eating, but he was too far gone. After a few days (at $120 per day for hospitalization) we were told we had three choices: take him home and hope that he got better (read: let him die), put him down for a few hundred more, or perform life-saving surgery that would guarantee survival (for $800), but would mean months of tube-feeding our cat and teaching him to eat on his own again.

The first was out of the question, and after an emotional appointment, we chose option three. Ben was only seven; it seemed cruel to end his life. My partner and I are debt-free and he has a low-interest line of credit, so we’ve been able to manage paying off the bills, which once you add the vet stay, the surgery, the meds, tests and follow-ups, have come to around $4,000. It took two months of labored feeding before Ben was off the tube, and he has been perfectly healthy since. While I’m grateful for the outcome, it never needed to happen. I put my cat through hell because I was afraid of being out a few hundred dollars, let alone a few thousand.

It should have started with a wake-up call when I had to suddenly pay $500 of my own money for surgery that would have normally been free — but instead, I kept thinking there was always a reason to put things off.

But when I look at my cat (who is presently in a full-on food coma right next to me) I realize what it is: despite never having a ton of money, money was meaningless to me. Money was a problem-solver that, with enough paychecks, would eventually be replenished. Obviously, I’d never been in a desperate enough situation to realize just how vital it was to hold onto my money. It took one of the most precious things in my life almost disappearing — because of my own neglect — to make me realize that getting my shit together is non-negotiable.