What Producing My First Burlesque Show Taught Me About Money 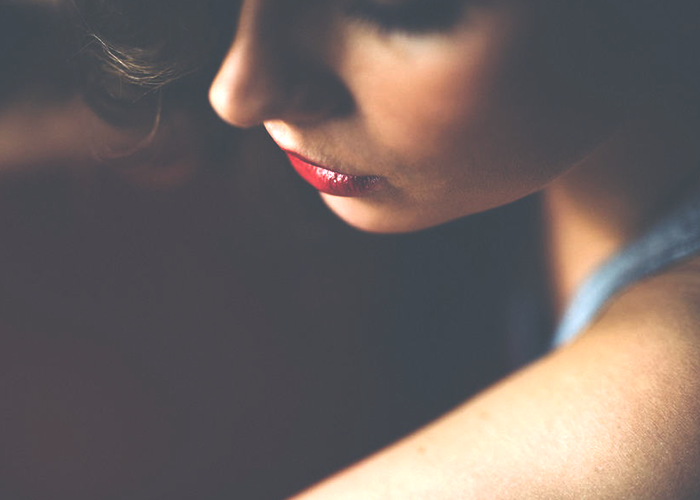 This past March, I produced my first burlesque show called Sex Ed Burlesque. It was a dream of mine for several years before I finally got it off the ground. It taught me a lot about event production, theater tech, and how to be a better sex educator. But it also taught me invaluable lessons about money. The show was my own miniature business for the four months I produced it. It was a great test run for future entrepreneurial projects. Here are the top four things I learned.

1. Excel is your best friend for analyzing costs.

Finding a location for the show was my first task, and it was really difficult. Every location has different cost structures for using the space. Some want a percentage of ticket sales, others have a flat rate, and many had a combination of both. I got price quotes for four locations, but had no idea how to compare them. I was stressed, because the financial success of the show depended on choosing an affordable location.

Thank god for my boyfriend, who is a financial analyst. Through excel wizardry, he set up a spreadsheet that compared each location’s method of charging. We ran a simulation of the show earning $1,000 in ticket sales, and compared how much would be left over after rental fees were taken out. Suddenly, it was clear which location had the highest and lowest rates. My big scary location decision suddenly became easy. (And I fell a little more in love with my partner for his financial savvy.)

Sex Ed Burlesque is a feminist show, both on and off stage, so it was important to me to make sure the performers and staff were paid a fair wage. I was able to offer the performers a flat rate per act, plus a 1% door share. I also wanted to support a great local group, Feminist Women’s Health Center. We held a wildly successful raffle and all proceeds went to the health center, totaling over $500!

I was super proud that I was able to pay out this money from the show. But after location fees, cost of VIP table supplies, and staff pay, there was no money left for me, the producer. I was a little bummed, but mostly glad that I could successfully pay everyone else in the show on my first go-round.

This year I will be doing things a little differently, to ensure I also get paid for my hard work. Will I cut performer pay? Absolutely not. Burlesque performers get hardly anything, and I won’t contribute to the trend. Instead, I will plan the show differently so there is more income left over. This includes boosting sales with smarter marketing, and offering pre-order incentives. I also will be donating to charity groups after we pay all the bills, rather than before. I want to keep supporting local LGBT and sex-positive groups with show’s proceeds, but I need to make sure we’re in the black first. And last, I will make sure that I put myself in the spreadsheet for performer payout, so that my pay is accounted for.

The worst mistake I made with the show was not letting people know when they could expect to be paid. I just assumed that everyone knew I would have to cash the ticket sales check before I could pay my performers. I was wrong. The whole process of getting the ticket sales check, cashing it, and then sending payment to my performers took about two weeks. Understandably, it made people antsy as to when they would get paid, especially since performers have been stiffed in the past. I had to send a few awkward emails ensuring everyone that they would be paid in full once the check came through.

But the worst part was when my lighting tech came to me after the show to pick up her check, and I didn’t have one. I didn’t have any cash, either. We had discussed how much the show paid, but never when that payment would be received. I felt horrible for not having thought ahead. Kudos to her, she was very firm about her worth and needs. I apologized profusely and I told her I would bring her payment, in cash, the next day so she wouldn’t have to wait. I made it as right as I could, but I know I hurt my reputation as a producer by not having cleared that beforehand.

It was a hard lesson, but a good one. Next year, I will make payment dates crystal clear to everyone before the show.

The show was a whirlwind. For some reason, I thought that I would do all the producing work beforehand, and then sit back and bask in the awesomeness of my show during the performance. Nope. Not even a little. The show was chaotic work the whole way through. I scrambled backstage to make sure cues were being followed and technical details were working, and to check on the raffle. And then, after the final bow, we scrambled to get all our stuff and go, because the venue needed to close.

After months of hard work and a crazy show night, I finally laid down in bed after it all and felt…nothing. I knew in my head that the show was a huge success. Audience members told me how much they enjoyed it, performers were happy, and we sold just enough seats to pay everyone. But the night blazed by, and now it was just done.

I realized that I needed to experience the emotional payoff. This was my dream made real. But because we had to leave quickly, I had no time to debrief the show. I spent the next day in a haze because there was no closure from it all.

So next year, I will make sure to pay myself — not only in money, but also in joy. I want to have time with friends, family, and the show staff to talk about the show and celebrate our hard work. I want to go over what happened, see what can be done better, and laugh about the craziness of live theater. I will be hosting a post-show brunch at my house after the next show. I’ll get to relax and bask in my success, mimosa in hand.

Bettie Bullet is an Atlanta-based reproductive health educator committed to changing conversations about sex, love, and relationships, especially in the South. Her sex positive projects include the annual Sex Ed Burlesque show and the #endSTIstigma selfie project. Learn more at her website.