PSA: Millennials Feel Like Kids Because We Can’t Afford To Be Adults 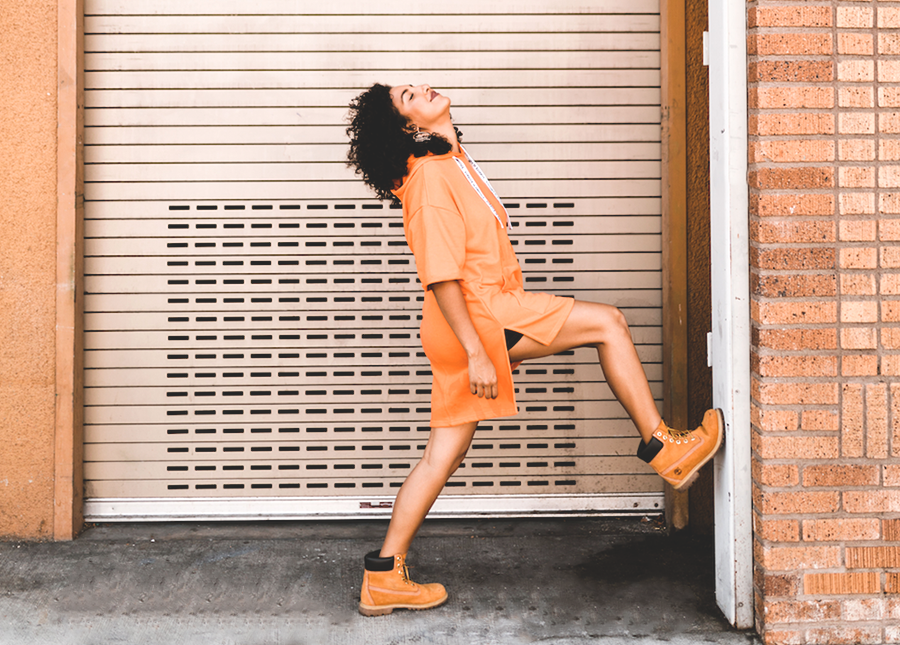 I’m 27, and most days, I feel like I’m still waiting for adulthood to start. I still live in a dorm room, with roommates; my possessions mostly amount to cheap IKEA kitchenware and thrifted J. Crew. And while my parents owned a home and had two kids at my age, I consider it an accomplishment I haven’t yet killed my latest succulent.

To be honest, as a child, 26 was my age of aspiration, the age I believed I’d finally be an adult. The adult me I imagined had an enviable career, the ability to walk without tripping in heels, a tastefully furnished apartment I’d inhabit solo (at least, until my similarly adult husband came along) — all the stability and permanence I associated with people of a certain age.

I’m now older than that aspirational age, and I’m lightyears away from where I thought I’d be by now. I’ve never made more than $40,000 a year, so my “adult” life has been a series of cramped apartments and roommates to make ends meet. I’ve been with my partner since college, but we’re not married. We don’t plan on having kids anytime soon but when we do, we know we can’t anticipate raising them without two salaries coming in. I have six figures in student debt between undergrad and law school and the six-figure income I’ll be making at graduation will be going largely towards paying that off.

As a result, I don’t expect to save for a down payment on a house or my hypothetical kids’ college funds until my loans are gone — at least six or seven years from today. In a lot of ways, my life isn’t that different from what it looked like at 21 — still moving from one cramped apartment to the next, cycling through roommates and possessions with every move, years away from getting married or starting a family. And despite all the things I’ve accomplished and the ways I’ve grown, at the end of the day, it’s so, so easy to feel like I’m still behind where I should be. Particularly in the last year or two where it feels like every day, another friend is purchasing property or having a baby (with relevant emoji-laden captions), it feels like there’s a distinct mismatch between how old I am and how old I feel.

The thing is, despite whatever social media says, I know I’m not alone. Studies show that for the first time in American history, young adults are likelier to live with their parents, rather than their partners. Millennials aren’t just getting married later — many are choosing to never get married at all. And increasingly, the biggest determinant of whether millennials can afford to buy property isn’t their own income — it’s the degree to which they benefit from generational wealth. We’re on track to be the first generation that’s collectively poorer than our parents. With all of this, it’s not surprising that so many of us feel like we’re not adults yet. Most of us can’t truly afford to live like one.

What we don’t talk about enough is the fact that everything that’s been traditionally shoved down our throats as markers of adulthood, whether that’s owning a house or living alone or supporting a family, is increasingly becoming something that’s only accessible to the smallest, richest (and often whitest) sliver of our demographic. As a generation, millennials are more diverse and more educated than the generations before us. We’re also suffering collectively from higher poverty rates (1 in 5 young adults live in poverty); more student debt (300% more debt than a decade ago); and the increasing inaccessibility of traditional gateways to prosperity, like home ownership (increasingly, only something millennials who benefit from generational wealth get to do).

More significantly, the structures and institutions that enabled our parents to live far more comfortable lives at the same age, from the financial accessibility of public universities, to the social safety net, to even guarantees about job security and pensions, are eroding. Our salaries and wages have stagnated — my father, a software engineer, made more money in his first entry-level job in the 1980s than I made in mine in 2014. At the same time, the things we need for stability and security — housing, healthcare, and education — are skyrocketing in cost. As a result, we’re the generation stuck in the middle, still bearing the weight of societal expectations on what it should look like to be an “adult” in your twenties, unable to afford any of it, then blamed for our generational laziness and love of participation trophies and avocado toast.

The reality is that much of the financial advice that “worked” for our parents’ generation — the 50-30-20 model (rent, life expenses, savings), saving 10% of every paycheck, buy real estate instead of renting — just doesn’t work for many of us anymore. My first “real job” paid me a net income of $2,000 a month after taxes (nonprofit, NYC). I spent roughly $1200 a month on rent and utilities for a pretty modest apartment — and one I could afford only because I had a family member willing to be my guarantor and front me my security deposit and first month’s rent until my paychecks came in. That’s already more than the 50% of my income I was told to spend on rent, and it still required at least the financial ability to have $2,500 on hand when signing a lease.

A common piece of financial advice is to have a year’s worth of salary saved by the time you’re 30. I consider myself pretty financially prudent — I have both a 401K and a four-figure savings account (and even getting there was a struggle) — but combined, they’re not even half of the $40K salary I formerly earned; and even though I expect my salary to increase once I finish school, the fact that I’ll also be paying back six figures in student loans probably means that aggressive saving isn’t on the horizon anytime soon. The bootstrap-esque financial advice that’s geared towards millennials (Give up your lattes! Stop majoring in English! Save enough for a downpayment by age 30!) is mostly being doled out by the boomers who never had student debt to reckon with, and whose bootstraps were always within easy reach. We don’t just need better financial advice to deal with these structural issues, we also need more collective understanding that the world we’re dealing with is a very different place from the world our parents entered in their twenties. And maybe that means the markers we’ve collectively defined adulthood by — whether that’s marriage, or financial independence, or property ownership — need to change as well.

I guess what I’m saying at the end of the day is, I’m 27 and I still don’t feel like I’ve achieved the adulthood I always envisioned for myself. But maybe part of that reason is that I’ve never been able to afford to live like an adult. Maybe we’re all trying to be adults in a system that is no longer built for us to do so. Compared to my own parents, I have more debt, I pay far more in housing and transportation costs, and I make way less money. That means I’ll save less, marry and have kids later, and delay things like buying a house and aggressively saving for retirement. And as someone who’s always been told that adulthood means a home of your own, a family, and career stability, that’s a really hard pill to swallow.

But I guess what I’m also saying is, it’s okay to not feel like an adult in your twenties. It’s okay to move at a different pace than you’d imagined. It’s okay to be older than your age of aspiration and still not be where you thought you’d be. It’s okay to take a ton of pride in the things you’ve accomplished with the circumstances you’ve been given, and to have faith that everything else is coming. It’s okay if you aren’t where your parents were at your age. I may not be an “adult” in terms of the expectations I (and the rest of society) loaded into to the term, but in terms of all the other things I’ve accomplished and experiences I’ve had and everything I’ve found I’m capable of, I’m living a life I’m (mostly) happy with, and one I’ve created for myself. And maybe that’s the only definition of adulthood I need.

Meghan Koushik is a cheese enthusiast and law student in California. You can find her on Twitter.