PSA: Your Career Is Not Your Self-Worth 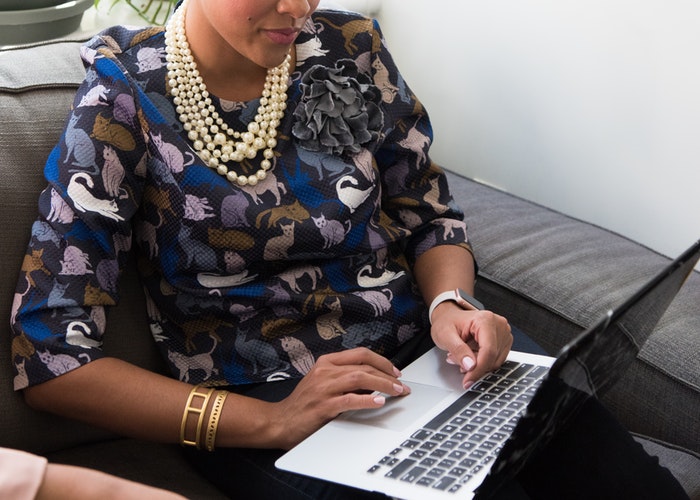 In 2019, I launched an online publication for and by black women called Sorella Magazine. It’s since become a space for discussions about the nuances of black womanhood and the effects of colorism, racism and other “isms” in black women’s daily lives.

As a business owner, the most important lesson I’ve learned is that I am not my business. While I’m proud of what I’ve accomplished, it’s only part of who I am — my identity stretches far beyond my entrepreneurial skills. And this is why I’ve learned to find the line between my professional success and my own self-worth, especially as an entrepreneur, and especially as a Black female entrepreneur.

At Forbes, therapist and executive coach Morgan Bruneau blames these grim statistics on a common statement she hears from clients: “I don’t know who I am if I’m not the founder of X.” She describes the tendency that entrepreneurs have to lose ourselves in the construction of our businesses, to an extent that we become “detached from our own needs, disconnected from friends and loved ones, and sacrifice other sources of meaning such as relationships, parenting, travel and play.” According to her, the danger exists when our entire lives revolve around our work.

Of course, this habit isn’t limited to business owners. Anyone who’s remotely ambitious might conflate their professional worth with their self-worth. Since a variety of factors affect your professional success, it’s important to separate the two. This is especially true if you’re a Black woman. When you encounter obstacles that make your journey especially challenging, it’s crucial to remember: Your career is not your self-worth.

There are structural barriers that can affect your career path.

Your success depends on a number of factors. Even if you’re not an entrepreneur, working and building a professional career is an uphill battle. For example, Black women are routinely underpaid for our work: we earn 61 cents to the dollar compared to men.  This gap also widens throughout the course of our careers, according to data from Payscale. The 2018 Women In The Workplace Survey revealed that for every 100 men promoted to manager, only 60 Black women are promoted.

We are unfortunately often limited by structural discrimination and existing racial biases. These biases can prevent us from receiving jobs, despite our qualifications. These biases can prevent us from rising the ranks and earning more — Black workers are penalized when they negotiate higher starting salaries, according to a 2018 study. The truth is, we’re not on a level playing field with our counterparts, which is why it’s even more damaging for us to conflate professional success with identity and self-worth.

As an entrepreneur, your success also depends on access to capital. To put it simply, your business’ trajectory depends largely on how wealthy you are before you start the company. When I researched my own prospects before launching Sorella Magazine, the statistics were disheartening. In 2016, ProjectDiane discovered that Black female founders only receive 0.2% of all venture capital funding, despite being the fastest-growing group of entrepreneurs. In 2017, only 34 Black women were able to raise more than $1 million in venture capital funding.

According to Black Enterprise, a “lack of capital often prevents black women from starting or scaling a business.” In the article, journalist Selena Hill states that “having a lower income and less wealth make it harder for them to get a small business loan.” This reinforces a vicious cycle that makes it harder for Black women to succeed in business.

With all of this in mind, we need to be careful about attaching the value of our business or careers to our personal value. Especially because we’re already starting at a disadvantage, it’s vital that we protect our mental health by defining ourselves beyond our professional success.

Other factors can affect your success, too.

Moreover, as an entrepreneur, there are so many factors that determine whether or not your business succeeds, irrespective of how much effort you put into its growth. The success of your business depends on the economic condition of the country where you live, the political climate and economic condition of the countries in which your targeted consumers preside, the interests and values of today’s culture, and a variety of other factors.

For example, I initially found it extremely difficult to build a loyal and engaged audience of other Black women. For the first month, the majority of my readership came from my family and my friends.  The purpose of Sorella Magazine is to provide representation and give a voice to Black female perspectives. However, many of us have become accustomed to the societal lack of representation and sadly, have come to accept our minimal visibility.

People asked, why bother creating another publication to help fix the representation gap when there are already one or two others doing the same work? To that, I’d argue: Why was Vogue created when Harper’s Bazaar existed? Why do we have Bustle when PopSugar exists? There’s always room for more publications and voices, but especially when those publications exist to remedy a need.

Part of my job as a business owner is convincing Black women they needed to be able to see themselves in the magazines, articles, and social media pages they read and follow. I was only able to build the loyal following we’ve developed today once Black women believed they were deserving of a magazine that catered solely to them.

You are worth infinitely more than your work.

At 22 years old, I’m hardly an expert on business and entrepreneurship. Still, having owned Sorella Magazine for five months, I’ve discovered the importance of separating my self-worth from my professional success and delegating responsibilities so that I’m not trying to handle everything on my own.

Starting a business is actually not that hard — the difficult part is maintaining it: putting in the effort and work it takes to build and grow the company so that you can earn a steady income. As you can imagine, launching a magazine wasn’t initially as fruitful as I believed it would be. While I didn’t start my magazine for money, I also didn’t anticipate it being as difficult as it was to build traction and profit from the content being published.

The first few months after the launch of Sorella Magazine left me feeling worthless, like a failure. I had to remember to stop judging myself on my professional achievements or net worth. I’m not just an entrepreneur. I’m also a daughter, sister, and friend. I take these roles infinitely more seriously than my role as a professional working woman.

Psychiatrist, researcher, and former entrepreneur Michael A. Freeman says it’s vital to “build a life centered on the belief that self-worth is not the same as net worth.” He stresses the importance of “other dimensions of your life” remaining a part of your identity.” I can attest to this.

Carrying the title of “business owner” or “working woman” is inspiring, brave, and something to be proud of. However, it is not — and cannot — be all you will ever be. Whether the other roles in your life are parent, child, sibling, student, artist, or spouse, they are just as important, if not more important than what you do for a living.

Grace is the founder and editor-in-chief of the empowering online magazine for Black women, Sorella Magazine. She currently lives in Spain, where she studies literature, drinks an unhealthy amount of lattes, and pops up in Hatha yoga classes every chance she gets. When she’s not doing that, she’s knitting sweaters and scarfs (even though it’s not cold in Spain) and people-watching (but in a totally non-creepy way!). Check out www.sorellamag.org for more of her work.