The Real Cost Of My Abortion 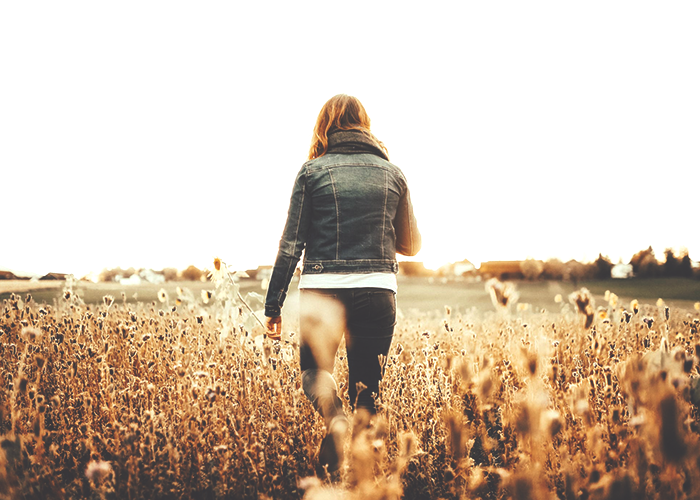 I had an abortion a few years back, in 2012, in a northeastern state that I won’t name. (Let’s just say it may be famous for a certain spice.)

For those that may not know, the process of seeking out and paying for an abortion can be quite taxing. I’d say that I am one of the lucky few who was able to receive abortion care when they needed it, without restriction (thank god!). So many others are blocked by restrictions beyond their control — in fact, states have passed over 1,074 restrictions on abortion since it was legalized nationwide in 1973 in Roe v. Wade. These restrictions, often called TRAP laws (“targeted regulation of abortion providers”), aim to get in the way of women receiving care. Most of the legislators passing the laws are — you guessed it — men. And it’s not like men have been trying to do control women’s bodies for the entirety of history or anything…

Anyway, most of the state restrictions have been passed in the South and Midwest, AKA the more religious areas of the country. I believe that it shouldn’t matter where a person lives in the United States — we should all have access to the same standard of care. One thing people don’t realize is that TRAP laws often consist of regulations outside of the medical aspects of abortion, such as restrictions on physical buildings, which often forces clinics to either renovate (and potentially shut down during the process) or close. Since many clinics are already struggling, they don’t have the funds to renovate and are forced to shut their doors.

These laws exist under the guise that the law will make abortions safer for women, but the truth is, abortion is already extremely safe! It is one of the safest medical procedures out there, and the real intention behind regulatory laws is to close clinics and make abortion theoretically legal, but inaccessible.

If I had lived in a less forgiving state, I could have been faced with mandatory waiting periods, a parental consent mandate — meaning that my very pro-life parents would have had to sign off on the procedure — or long drives to the clinic. I’m lucky that I had many abortion providers around where I lived at the time, because 87% of U.S. counties have no abortion provider. So, if you lived in one of those counties, you’d most likely have to take time off work to make the long drive, and you would perhaps even have to stay overnight in a different town if it has a mandatory waiting period. The cost of transportation, lodging, and the procedure itself is too much to bear for many women seeking an abortion, especially since 69% of them are economically disadvantaged.

More women have abortions than you might think — it’s around 1 in 4. We should not stand for an incredibly common and safe medical procedure to be inaccessible to those who need it most! Privileged women like me, who have the means financially and otherwise, will always find a way to receive abortion care. It’s important to fight for the 69% of economically disadvantaged abortion patients. Please don’t be afraid to call your senator, or write to your representative, about the importance of protecting women’s health care. This issue has directly impacted me — and I’m sure many other TFD readers. Everyone has a voice, so use it!

While I thankfully didn’t encounter any of the above legal restrictions in my experience, I did need one thing: a lot of cash. In an effort to be as transparent about my experience as possible, I’ve tried to create an accurate cost breakdown of all the costs involved in my abortion experience, in the order that they happened.

Blood work pregnancy test and STI check: $100. I was unwillingly dragged to the ~real doctor~ by someone in my life after the at-home test. I had an appointment where they drew blood from my arm to confirm the pregnancy and check for any STIs that I may have contracted. Thankfully, I was all clear, but the pregnancy was confirmed. 17-year-old me was not happy about the $100 bill that this brought on, because I could have found a cheaper option at the local Planned Parenthood.

Medical Abortion Procedure: $520. Without a doubt, this is the costliest of everything needed for an abortion. How a little combination of pills can cost this much, I will never know. I had what is called a “medication abortion” which is extremely effective and consists of two pills — one that is taken in the doctor’s office, and one taken 24 hours later at home.

In case any of you are wondering, this is what the process looks like: You take first pill, mifepristone, inside a clinic; it blocks the hormone (progesterone) that the body needs to maintain a healthy pregnancy. You take the second pill, misoprostol, at home, and it triggers cramping and bleeding similar to an early miscarriage. For me, this included a lot of cramping, wearing green pajamas, and laying on the floor wishing I could be eating a cupcake. After you take the pills, you’ll go to the clinic for a follow-up appointment after two weeks time to make sure that everything went as planned. You’ll get an ultrasound and examination to confirm that the medication abortion was successful. If it was not — which is rare but possible — you’ll have to discuss further options, which may include more medication or an in-clinic procedure.

Medication abortions are good for people that want to have the procedure in the comfort and safety of their own home. Thankfully, I had money in savings from my job to cover the cost. (Emergency funds are so important!!)

Antibiotics: $10. I was also prescribed antibiotics at the appointment to prevent any cervical infection. Because the second pill opens up the cervix, like a heavy period, it is important to protect yourself from infection.

Anti-nausea medication: $20. I was also prescribed some anti-nausea medication, which seemed to be a futile prescription, because truth be told, there was some puking involved in this process. I was glad to have it anyway, though, because I don’t know if it would have been worse without it.

A trip to CVS consisting of ibuprofen, pads, and candy: $20. I needed ibuprofen because, well, it hurt. It feels a lot like period cramping, but worse. I needed to pick up some pads as well because you can’t wear tampons because of the risk of infection. I also picked up some candy because…I needed it.

The total of all the expenses adds up to about $680. That is well out of reach for a lot of people. I was very lucky that I could access this procedure and it didn’t financially ruin me because I had support. However, there are many people with no support, for whom accessing and paying for this procedure would be impossible. I’m so grateful that I could access an abortion when I did, because I don’t know how my life would have turned out if I could not. It’s a decision I am happy with, and I don’t have any regrets. It changed my life, and I want every woman seeking an abortion to be able to get one.

Since then, I’ve dedicated myself to being an abortion rights advocate, which has given me an amazing career and sense of purpose. To say that it changed my life would be an understatement. I often wonder what our world and politics would be like if everyone came out and shared their abortion stories — this is me trying to do just that.

Sarah is a twenty-two-year-old currently residing in Columbia, SC. She has a passion for reproductive rights and her cat, “Happy.” Follow her on Twitter here.