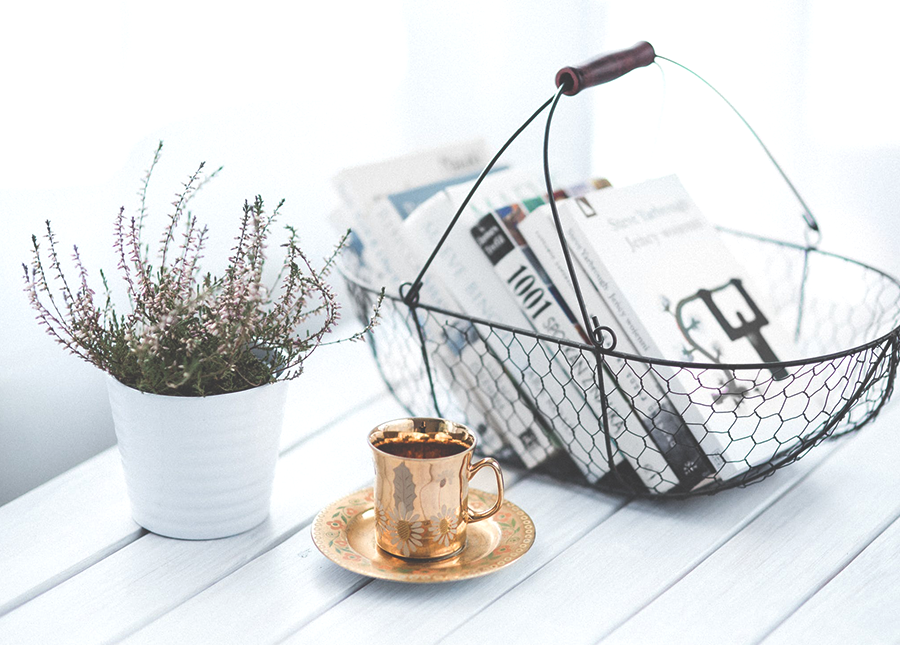 One year ago, I was on top of the world, as far as feeling like an independent young lady goes. I was in law school, had a well-appointed apartment in a fashionable neighborhood in a shiny city, and everything was going according to plan. Little did I know that that creeping overwhelmed feeling I had been facing was going to turn into a major depressive episode that would send me barreling down the hill I had been so carefully climbing for the past several years. So, I picked up the pieces and moved into the guest house at my parents’ place.

To say that “shame” was a buzzword during that time in my life would be an understatement. All my life I had been the overachiever who knew exactly what she wanted and was ticking off everything on the checklist of how to accomplish it. University. The rigorous degree programs. The internships. The good LSAT score. The going to law school. I had gotten comfortable in this tidy and impressive version of my life and really hinged my identity on being the woman who simply had her shit together.

Who would have guessed that law school was going to make me miserable and turn out to be the exact opposite of anything I wanted out of life? It absolutely shattered not just my mental health, but the identity I had been so desperately clinging to. Managing my anxiety and depression was something that I had fought hard for and law school was slowly killing me. But the thought of stepping away was even worse. I had NEVER backed down from anything. I had never started something and not finished it. Hell, I had never started something and not instantly excelled at it.

But it all suddenly came crashing down. I had flown back to my home state to visit with family and take a nice long weekend in my home city. The night before I returned, I was gripped with a panic attack. I was terrified of going back and was inconsolable. It was the first time that I really took stock of how absolutely miserable I was on that path. My father, a John Wayne-type who dispenses tough love, stepped completely out of character to express how worried he was and that I needed to get out of that situation as quickly as possible. He was right.

I had been the person that everyone from my hometown just knew would be “The One.” And now, I’m back in my parent’s home.

You see, it’s actually not that bad of a gig. I call that sweet little house my own. I don’t pay rent or utilities, at this time. I get to spend all day on my freelancing and the hustle for a more stable 9-to-5. All while saving what precious little income I do have for later. My parents do their best to leave me to my own devices, but my mother can’t resist calling me to dinner most evenings (only this time it’s a polite text and not screaming up the stairs — a welcome change). When I think about my partner and many of my friends, who don’t have the benefit of such a large safety net as I have fallen into, it puts into perspective that this time back in the guest house will probably be one of the most advantageous maneuvers of my young adult life.

Once I figured out that I was not going to be a lawyer, it wasn’t difficult to step back into the other degrees that I had earned. Say what you want about how lucrative a liberal arts degree is, but when you have several, you’d be amazed at what all you can do. I walked right into a freelance gig, editing marketing materials for small businesses. When I’m not working, I spend my days interviewing for jobs that pay even more money (stay tuned!) and taking care of myself.

The free time has allowed me to focus on my health more than I ever previously have. I’m the happiest I’ve been, and I can finally run a mile again (for the first time in years!!). My partner and I are laying the foundation for setting up in our own place once he finishes law school (he being the type of cool-headed genius who actually thrives within that system).

It’s funny. For someone who had so much fear about no longer having her shit together, the decision to move back home was the step that actually brought my life together in a way that I could never have predicted. I’m happy with my work. I have the ability to pursue greater opportunities. My mental, physical, and emotional health are actually being cared for. Moving back home has brought me closer to what I actually want out of my life than the dogged pursuit of more degrees and more accolade ever did. It was time to let go of that “A student” mentality and start living.

So why can’t I shake that cloudy feeling that has me bowing my head? Because, I don’t know about you, but I’ve been conditioned to believe that anyone who returns to the nest once leaving it is a loser. The social and financial conversation around millennials isn’t exactly fair or positive.

Turns out, more individuals between 18 and 34 live at home with their parents than they do with spouses (a difference of about a million people). We’re coming in on the heels of one bastard of a recession and trying to chip our way through the recovery. College isn’t getting any cheaper, while becoming more and more necessary. This is a thing. It’s something many of us are doing. In my case, moving back home not only saved me from spiraling into a mental health black hole, it is also helping me save and plan responsibly for my future in ways I’d never have been able to accomplish otherwise.

It’s difficult, sometimes, to answer the questions. Being back in my home city means running into the folks I grew up with, and they all want to know how law school is going for me. I think there will always be that part of me, balled up deep in my gut, that wonders “what if.” The fact of the matter is, there are tons of people that I’m just as smart as (sometimes even a hell of a lot smarter than…) that are getting their JD and becoming a lawyer. I won’t lie and say that my naturally competitive bend makes me a little salty. But it’s also true that there is nothing about that life that I want. I realize that now. Life is made up of so much more than class rank or the degree you own or comparing yourself to others on the scale of “who is smart.”

Life is about just that — building a life. Applying yourself in a way that fulfills goals that matter to you.  Moving back in can seem like a step backward, and it’s true that some people will judge. But most people just don’t care, and the ones who do are the type to criticize anyway. Meanwhile, I’m using this moment of transition as a spring pad to launch myself forward. I’m just trying to enjoy the journey and be thankful for the advantage.

Caitlin is a freelance marketing proofreader (read: Professional Grammar Nazi) by day and hustling to accomplish her other aspirations, also by day. When she’s not writing, Caitlin obsessively listens to podcasts, gushes about movies, and annoys everyone around her by being a coffee snob.