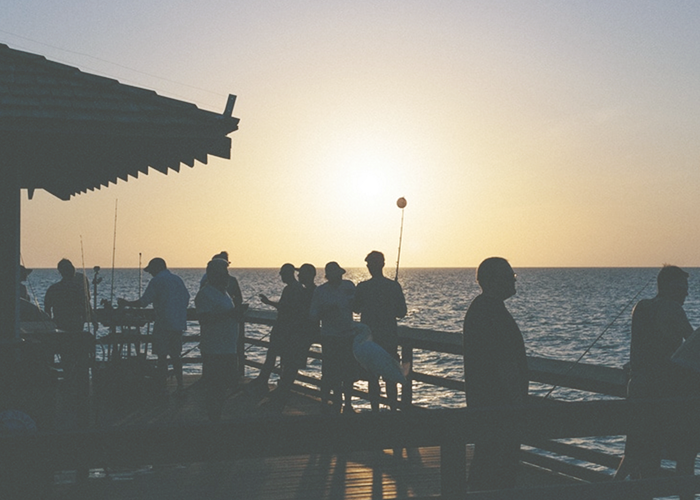 It took a long time for me to admit that I was “rich,” and not just “getting by.” I realized when I entered a new tax bracket this year, when my husband and I had a combined income of just over $300,000, that I could no longer deny my status in the world. It was weird, because I didn’t feel any differently than I had the night before, or the year before, or even the decade before. Even though I was the person who now could afford to fly business class, own an NYC apartment, and wear only high-end clothes, I still felt like the person I had “always” been: the poor girl in Virginia who wore Goodwill jeans and came to school smelling like smoke. Even when I realized I was now, by almost every standard, “wealthy,” I could not shake that little girl inside me, who was still dying to prove she fit in, dying to be accepted by the people who knew something I didn’t.

I was the scholarship girl, who made the best possible grades and did every possible activity that didn’t cost money or demand parental involvement, because she knew the alternative was staying in Virginia with my chain-smoking, drinking single mother. I knew my father, fucking around somewhere in Florida, would never be an option or a fallback. And my older, burnout brother, who was going to juvie for vandalism and drugs while I was still in elementary school wouldn’t help me. My only choice was to work hard as hell and hope for the best, which came in the form of a full ride to UVA.

I majored in Economics and minored in Spanish, which I learned to speak fluently, unlike many of my peers. I spent my summers doing part-time internships and working full times at diners, drive-ins, and drives (haha). I hustled, hustled, hustled, and lived the American Dream, as best anyone can. When I graduated, I was offered a position in a big consulting firm, which I took.

In the first 10 years of my career, I got promotions, completed an MBA at Columbia while working full-time, and met my husband, whose boss I was originally. (My husband left my firm early on, and now works for a small software company in business development. I out-earn him by nearly $100,000 per year.) I succeeded in nearly every category, and now I’m a Director at the second firm I’ve ever worked at in my career. I have many, many options in front of me (I’m very young for a Director), but I have no clue which of them makes sense for me. I now have a sufficient amount of bills in tandem with our combined income that I don’t have as much freedom as you might think. My MBA wasn’t cheap. Our mortgage isn’t cheap. We have a lot to keep up with, of our own doing.

But none of that is why I don’t feel “rich.” For me, the world in which I live in work, and even that I married into, is full of people who came from good homes with green lawns and college-educated, successful parents. They went to good schools, not on scholarship, and only focused on internships during the summer. They traveled as kids, and have more references than I could ever accumulate. (My first trip out of the tri-state area, let alone the country, was at 20 years old.) They come from a world I can’t understand, and swap stories I can’t match. I will always be an outsider, and my evasiveness about my background makes me seem cold or distant or uncaring, when I am simply ashamed. I’m not Don Draper, I’m Peggy Olson.

And even though my husband is very loving and understanding, he comes from a good New England family where kids run around with sparklers for the Fourth of July on safe streets. If we ever make it back to my hick Virginia town to visit relatives for a holiday, it’s a matter of hours before everyone is drunk and yelling and asking us for money. So we rarely go.

I live a life that many people aspire to, but I have not bought out my insecurity. And I can already hear the choruses of “Oh, poor little rich girl. Boo hoo.” But I feel as though all of the “glass ceilings” I may have broken as a woman pale in comparison to the ones I’ll never break through as someone from poverty. I am a traitor to my people in this way, the only one to get out and do something, the one who is met with judgment and hostility whenever she comes to town. And my contemporaries have no empathy for the working-class striver who had painfully crooked teeth until she could afford adult braces at 27. They only saw the braces, and how they might upset a client.

I don’t want to sit here justifying to you that I’m a “good” rich person, and go into every detail of my politics or economics (though I can say that we still operate like working-class people, and always vote for the farthest-left candidate possible). But I do see the egotistical, selfish, hateful attitudes of the people in my bracket — people who have horrible, vivid imaginations when it comes to the American poor — and I feel like an outsider. I will never understand their point of view, or not turn beet red when they go on a conservative rant when they think we’re just among “ourselves.” I am not one of them. Or maybe I am? But I’ll never feel like one.

The American Dream is real for some. But it doesn’t end where they tell you it’s going to end. You keep going in that Dream for the rest of your life, but it never quite becomes your reality.

Caroline is a 30-something professional living in the Northeast.