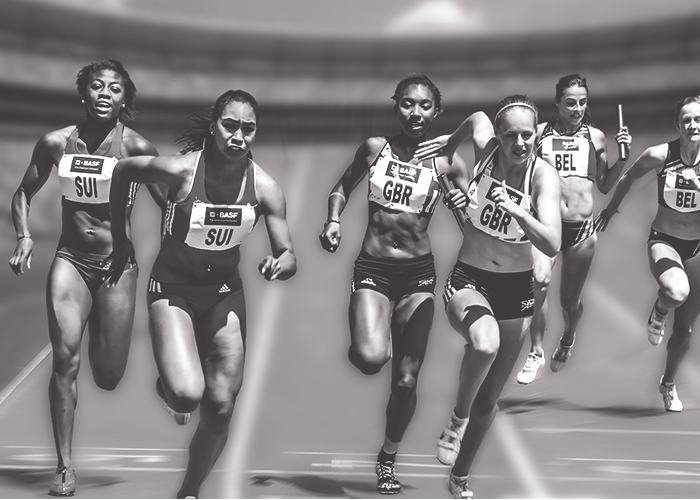 I was 17 years old, sitting in a science class when I first realized what they were: those green and white capsules that had always called the medicine cabinet in our house home. As my science teacher continued to elaborate about Prozac, the reason people use it and its effects, I kept focusing on a single question: Why?

Coming home from school that afternoon, I wanted to bring up the question about the green and white capsules. Who owned them? And again, why? Why did they feel the desire to take them? Why didn’t they talk to anyone if they were battling something, rather than medicating whatever pain they had away? Why did they take them so often, since the bottle containing these capsules was so regularly replaced? Considering the respectful environment in which I grew up in, where children were taught to know their place, I decided against confronting the matter. However, the mystery of those smooth, shiny capsules continued to linger at the back of mind.

I was fortunate to be raised in a progressive home, where my mother, as a black woman, was an equal provider in the house. Growing up, the idea of striving for wealth as a black woman never seemed foreign to me. My mom did it, so therefore it was normal. Furthermore, my surrounding environment had plenty of successful, educated black women whom I called aunts, sisters, cousins, friends and mentors. The path of seeking out opportunities that would ultimately lead me towards amassing large sums of money was clear-cut. And from those around me, it was expected. But strangely enough, my journey — although so thrilling at times I can barely believe it’s mine — has slowly unraveled the mystery of those dreaded capsules.

Writing my own success story as a bright brown-eyed, kinky-haired, melanin-soaked girl so far has been the journey of my dreams. I’ve been blessed with the opportunity to break boundaries, fly across glass ceilings, chop off the grizzly heads of Goliaths. It’s gratifying to be blazing your own trail, all the while proving what is possible for the rest of the melanin-clothed kings and queens that follow behind you. But with each giant slayed, and each level of achievement surpassed, I came to find how my life was beginning to follow the layers of the atmosphere more and more.

For those unaware, the temperature across the layers of the atmosphere changes in a zigzagging manner: the higher you go, the colder it gets. Then, when you reach the next layer, the higher you go the warmer it gets — like a zigzag. Reach the Mesosphere and you’ve entered the coldest part of the atmosphere with temperatures ranging from 5 degrees to -180 degrees…well below freezing cold! I believe everyone has to reach the Mesosphere phase at some point in their life. But in my experience, as a black woman, and especially one striving for wealth, the cold temperature is harsher on you. And this has nothing to do with the correlation between cold weather and melanin.

I had heard the clichés about how the higher you go as a black woman, the colder and lonelier it will get for you. But I chose not to believe them. I dismissed them as sensationalist theories aimed at inhibiting our ambitions through inducing fear. And although it may be true that some of these common beliefs are sensationalized, the cliché of the loneliness of success is by far not a myth. I guess it just sucks when you find yourself living in the excruciating reality of just how isolating it can be to be a black woman on the hustle.

The lack of warmth largely comes from a sense of not belonging within the space that you always believed you were meant to thrive. I work and exist in a world where I feel like I don’t really belong. Nobody in my whole research building looks like me. I’ve grown accustomed to being “the only black girl” in the room. My lunch breaks never include shared giggles about black celebrity gossip or tips on how to better treat the kinks in my hair. But in the world outside my workspace, very few understand the pressures, the terminology, the thrill, the frustrations that all come with the work I do. I don’t have the easy and constant access to the “boys’ club” equivalent where conversations around work, life and everything in between bounce back and forth, where I am naturally, wholly and totally understood.

As work-related trips to places very far away became commonplace, to the point where I’m now permanently far away from my family since relocating, and fewer and fewer people who look like me, talk like me, and understand me have been left in my life, the cold sense of isolation has only grown.

Suffering from a headache one day, I went to the drug store and saw a bottle that I sharply recognized in the basket of another shopper. I turned to glance slightly at the woman holding it. She was all dressed up in her business suit, texting something that looked important on her phone. I saw weariness in her face that I also recognized, perhaps even more than I did the bottle that I knew contained the green and white capsules. I felt like running over to her and hugging her and saying I get it! I get it! And weeping and weeping until both of us ran out of tears. Of course, I chose not to.

Instead, I did something I should have done seven years ago as a teenager. I had the conversation with the most important woman in my life about the coldness, the isolation, the frustrations, the anxiety, the brink of depression that all come with being an alien in the higher ranks of the professional world as a black woman wanting to accumulate wealth. Since I’m now an adult, my mother revealed the struggles that she went through on each of her business trips. I was blown away because finally, to some extent, I understood why those green and white capsules were always in the medicine cabinet.

I dared to start the same conversation with more black women in my life. The outpouring of those conversations was amazing. At first, none of them were willing to admit to the struggle and sense of isolation. Most black ambitious women are expected to be strong. Their families require it, their jobs require it, and, most importantly, their ambition feels flimsy without strength and detachment as the foundation.

I wish I could write a happy ending about how I overcame this sense of loneliness, using something like “These 5 Easy Methods.” But the truth is, I’m still very much in the Mesosphere. And with my ambitious career and business plans, it seems like I’ll be here for a while. However, science tells me that following the Mesosphere is the Thermosphere — is the hottest layer of the atmosphere. It’s the layer my mother is in now, retired, plump and living her best life with a kinky grey crown of glory emerging from her scalp. It’s what keeps me going. And as for the emotional distress, I’m teaching myself to embrace it, so I can eventually burn it as fuel to propel me further, closer and closer to my dreams.