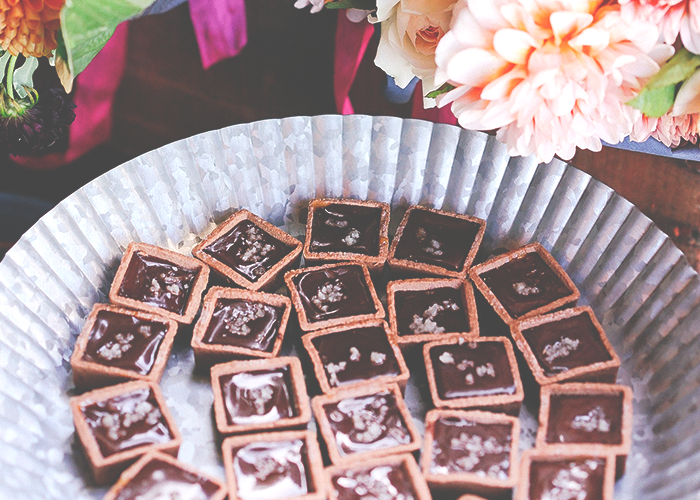 Lately, it seems that everyone is struggling with anxiety. The internet is awash with articles touting new ways to practice self-care — yoga, knitting, meditation — and they are in high-demand. For me, a bit of retail therapy goes a long way. When discussing my self-care practice with my lifelong friend Danai, she audibly gasped.

“Oh, I could never do that. I mean, more power to you, but I would be so stressed out. I feel guilty every time I spend money on me,” she confessed.

Danai allots only a small portion from her paycheck to spend on herself. The rest goes to rent, bills, savings, her joint account with her husband, or remains in her checking account for emergencies. “But the amount I keep for myself is intentionally very small,” she said emphatically. I asked her how small, and when she told me, I stifled a gasp. I easily spend four times that amount on a dinner out.

Danai and I have completely opposite lifestyles: she works in education, I work in tech. She lives in a smallish southern U.S. city, and I live in New York City. She has a spouse and a pet, and I am single and can barely prioritize feeding myself regularly. Throughout our years of friendship, our lives have always been different, but we both believe in celebrating ourselves and treating ourselves well. However, we put that into practice in very different ways.

From my perspective, hard work is something to be rewarded with gifts, whether they be tangible or experiential. For example, if I think that I have had a particularly difficult few days at work, I can rationalize spending money on a nice dinner out or spending on a quick vacation in the near future. This logic isn’t always perfect, but I love to feel like I earned something nice.

For Danai, that kind of spending causes more stress than pleasure. She would rather not spend at all, and instead keep the money in case there is an emergency need for it. While this can be sound logic, she admitted that it had its pitfalls.

“When I tell people how little I spend on myself,” she said, “Everyone thinks I’m an incredible saver, but I’m actually just terrified to spend my money and be poor again.”

It was clear to me then that my friend was making decisions not from a place of security or empowerment, but from a place of fear, and that this approach was causing a great deal of her anxiety. As an adult, Danai is financially successful and stable, but that wasn’t always the case.

When Danai was a little girl, her family did not have money to spare. In fact, they were living below the poverty line, and it was not lost on her that money was a consistent source of stress and contention for her parents. Though they gave her the best they could, it was clear that others had more. Her family had to consciously think about making ends meet and how they would handle an unforeseen expense that would offset their budget. Though Danai no longer lives with the financial instability she experienced in her childhood, she still manages her finances from that same mental space.

Like any trauma, financial instability lays its roots in our psyche and becomes a major factor in our mental wellness, even years after debt is paid off or our bank accounts have grown. The stress and anxiety that results from this trauma can linger for years, as I personally know from my own experience.

When I graduated from college, the recession was at its worst. Though I graduated with an exciting job prospect, its funding was pulled last-minute, and I was tossed right back into the job search. Before securing a full-time job, I had to work several part-time jobs at once to make ends meet. In addition to the basics of needing to eat and keep a roof over my head, I was responsible for a hefty student loan payment every month, and also wanted to socialize and enjoy the city with friends. I made some poor financial decisions and ended up with several thousands of dollars in credit card debt — without a plan to pay it off. As I worked to bring down my debt, I unwisely continued to use my cards and carry a growing balance from month to month. It was a vicious and stressful cycle that took years to break.

However, when the cycle was broken, and I pulled myself out of my debt, I felt free. While dealing with the aftermath of failing to use my credit cards responsibly, I learned how they should be used (spoiler alert: sparingly!). The slight anxiety that I now feel when using my credit card feels more like a red flag and helps me to think twice about my spending. Danai, however, has felt that she is missing out on opportunities because of her financial anxiety.

Danai already knows that she wants to be able to spend the money that she earns in two ways: 1) setting her and her family up for success in their future, and 2) rewarding herself by investing in enriching experiences and items of value. She wants to travel, to invest in a wardrobe that makes her feel confident and beautiful, and to invest in redecorating her home. Currently, she is only contributing to the first goal, but we both know the second is just as important for her overall wellbeing. This change would require small, daily actions over a sustained period of time, but she’s motivated to get there, and I’m so proud of her for taking this challenge head-on.

After our conversation, I had to sit with myself a long time. I felt guilty for being such a spendthrift in light of Danai’s frugality. Though the reasoning behind her frugality was problematic, it seemed that my relationship with money may be the greater of the two evils. I wanted to support her in her efforts to build a healthier emotional relationship with her finances, but I also realized that I needed to work on my own.

I realized that best thing I could do for Danai, and for myself, was to continue to have open dialogues with her about personal finances, a subject that is considered by many to be taboo. In doing so, we not only deepen our relationship, but we chip away at the stigma of talking about money, struggle, and the idea that imperfection is weakness or failure. In these candid conversations, we are finally giving ourselves a space to be works in progress. The freedom to be two anxiety-addled 20-somethings making the most of the lives we’re building is reward enough for a hard day at work.

Morgan is a freelance writer and digital communications strategist living in NYC. She loves travel, learning new languages, Korean horror films, interior design, and working at the intersection of technology and social good.