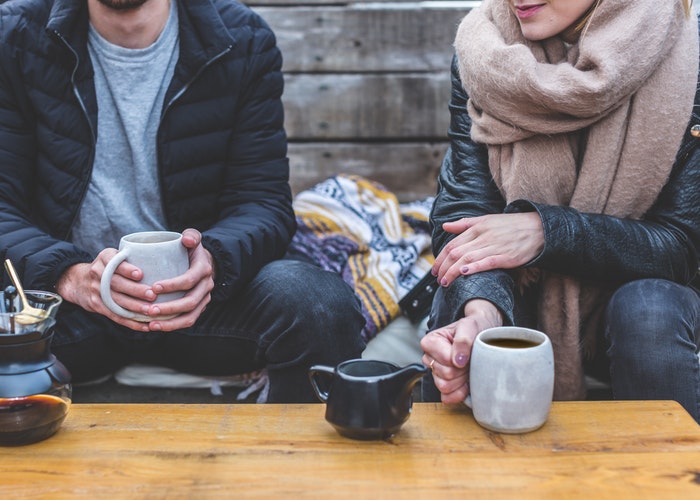 Money is among the top reasons for divorce or separation. I know this all too well. It was a major contributing factor to ending my longest relationship to date.

Though not my first serious relationship, it was the first relationship in which we were completely transparent about money, including our spending and savings goals. My partner was so upfront about his stance on money that he spent our first date telling me about it. Yet it took me six years to really understand that our financial views were too different – it was something I should have realized on our first date.

The financial red flag I shouldn’t have ignored

We met as students completing summer contracts for a government financial agency. On our first date, he spoke about how he didn’t have previous work experience in an office and was able to secure his position because his dad was a fairly high-profile executive. He told me how much he was being paid and proceeded to ask me what I made. Given that salaries were posted within the organization, it was public information — I didn’t see any point in not being upfront about it. I was making $21 an hour and was being paid $2 an hour more than he was. I had previous work experience in our field, and I was a year ahead of him in school. He said this pay discrepancy was unfair and that, according to employment equity standards, we should be paid the same. This was an incorrect interpretation of employment equity, a point I took no time to express to him, much to his chagrin. He quickly informed me he didn’t support the notion that women were underpaid and deserved to be paid the same as men.

At this point, I shouldn’t have gone on a second date. He didn’t believe women came from a place of disadvantage. Yet he also didn’t see the meritocracy in the situation: I had worked hard to earn not only my salary but also my position in the company.

It’s true that first jobs are often attained through one’s professional network, and when you’re just starting out, it’s often family or family friends that help you secure your first job. My first office job was working for my aunt as a summer student replacement for maternity leave in human resources, my major in undergrad. It is important to acknowledge that those who come from families that are upper-middle-class are afforded more prestigious or stereotypically more desirable opportunities. For example, if your Middle-Class Dad is a VP for a tech start-up, you are more likely to have a data entry job at the tech start-up, and if Immigrant Mom is a cashier at a retail store you are more likely to have a job stocking shelves. The opportunities your network provides continue to feed the cycle of advantage.

It was this cycle of advantage that contributed to our starkly different views on money, which became more apparent as our relationship progressed. Both sets of our parents worked hard to move up in their social status and give their children opportunities they did not have. While he came from an upper-middle-class family who could afford to pay for their children’s university and living expenses, I came from a lower middle-class family and was the first across both sides of my extended family to even attend university. It was always understood that my parents could not afford to pay for my schooling, and if I wanted to pursue continued education, it would be on my own dime.

How his relationship with money affected my finances

Coming from different backgrounds proved to be the largest contributing factor to our relationship issues. Four years into our relationship, we decided to move in together. My boyfriend had been laid off from his job at the government financial agency, and I was in my second year of a master’s program juggling three jobs. Having never had to previously worry about money, he was now in a position where he had to earn a significant salary to maintain our lifestyle. It was then that I became more aware of the effects of his higher social standing. Over the course of the year, he accepted a data entry position for a startup and a role on an assembly line, though he never seemed grateful for either job. He felt he was too good for “lower level” jobs. At the end of my master’s program, I was offered a job in our hometown (Ottawa), and we moved to a more expensive city to start our professional careers.

My boyfriend’s sense of entitlement towards money and work became more apparent, and it started to affect my own finances. He welcomed unemployment payments but declined service or retail jobs because he said he would be making the same income working as he was on unemployment. Though I was at first impressed by how forward-thinking and comfortable he was not being the primary breadwinner, I was soon responsible for not only bringing home the bacon but also cooking it.

Two years later, I was burning myself out as a management consultant working upwards of 60 hours a week, moonlighting as a technical writer, and running an Etsy store to bring in enough income to support our lifestyle while chipping away at my six-figure student debt. I was spending my free time maintaining our household, cooking, and cleaning while my boyfriend spent his days reading and his evenings playing soccer. He hadn’t been working with any consistency and, instead of working, decided to give getting a degree a third try. He felt cheated by the system because he was constantly being passed over for jobs by candidates with credentials. I was unwilling to continue to be the sole source of income for another two to three years.

It took me six years to acknowledge that my partner’s place of advantage colored his sense of entitlement to money and career paths. His upper-middle-class peers simply did not work in retail or the service industry, they dined out as much as they wanted, and they bought nice things. He was comfortable with me being the breadwinner if he wasn’t working and had access to our shared money. However, if he was working, he wanted it to be in a more prestigious job than mine. He wanted to bring in more income so it would be easier for me to take maternity leave and “provide him with a son to carry on his last name,” regardless of my own ambitions.

It took me six years to acknowledge that our views on money were just too different, but he presented this information on our first date. It just goes to show how important it is to have conversations about finances early on in your relationship — and take those conversations seriously.