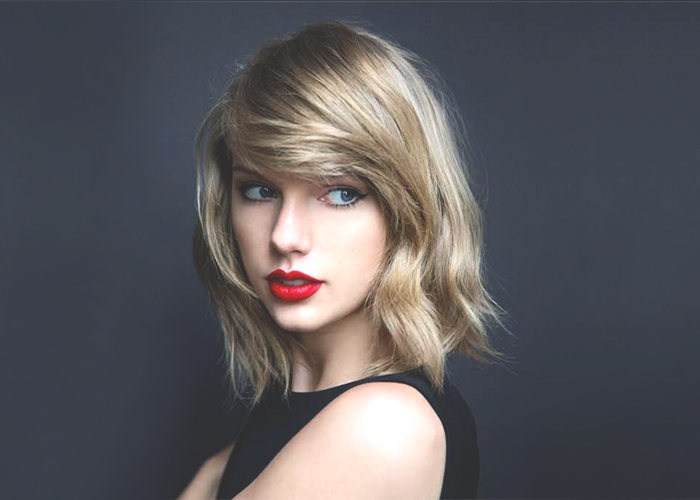 The Taylor Swift we know today is a much more mature person than the awkward 16-year-old who broke out with a song about Tim McGraw in 2006, and her personal evolution extends far beyond her lyrics and style choices. Taylor Swift has set an example for women everywhere, showing that you can (and should) change and evolve your personal brand over the course of your career. You should never get stuck in the rut of who you once were. Even though you (probably) aren’t playing sold-out shows to thousands of people every night, you can employ the same strategies in your own career to make sure that you are exactly where and who you want to be.

At just 16 years old, Taylor made a name for herself in the country music world and acted the way we’d expect any teenage girl to act: with songs full of stories about first loves and heartbreak and performances filled with floaty dresses and cowboy boots. She appealed to her generation because she was able to articulate the feelings and problems that many other girls her age experienced.

She swept up all the awards — in the country music world as well as the entire music world, and all the while, she created this “adorkable” image for herself (especially in music videos like “You Belong With Me”) that appealed to nearly every high school girl who ever felt left out or sidelined. Making relatable, catchy music was her primary goal during this time, and it was a smart move, because it landed her a massive fanbase that would continue to be a part of her success for many years to come.

From Country To Pop

Taylor continued the country theme for her first few albums, but she started throwing some more pop tunes into the works with her album Red. In an interview with “On Air With Ryan Seacrest” in 2014, Swift said, “With my last album Red, I kind of had one foot in pop and one foot in country, and that’s really no way to walk and get anywhere. If you want to continue to evolve, I think eventually you have to pick a lane, and I just picked the one that felt more natural to me at this point in my life.”

If you want to keep moving forward in the direction of success, you can’t keep straddling the median between two of your passions. For her, it was country and pop music. For you, it may be graphic design and culinary arts — or any number of subjects. At the age of 22, Taylor was wise enough to know that her heart was in pop music, so she chose it because it best fit her personality and career goals. No matter your age, it’s never too late to change or revise your career goals to fit your current state of mind and desires.

In addition to moving to a new genre, Taylor also handpicked the individuals she surrounded herself with. It’s commonplace to see Instagram pictures of her rubbing elbows with her supermodel best friend, Karlie Kloss, along with her “squad” of famous gal pals, including Gigi Hadid, Selena Gomez, Lorde, and the Haim sisters. If you notice, all of these ladies have good professional reputations and have large fanbases of their own, so befriending them could only be good for Taylor’s carefully cultivated image.

We are constantly told to not worry about what other people think of us. But as much as we don’t want other’s perceptions to matter, they do. Who you associate yourself with and what you post on social media gives the world a shallow glimpse into who you are, and a lot of the time, a glimpse is all that most people get.

Taylor Swift’s associations with other highly successful women makes her look even more successful than she already is, and this idea can do the same for you. Professional and personal connections are important for advancing your career, so even if you aren’t “buddies” with other professionals, you should connect, and even more importantly, interact with others on social media sites like LinkedIn to develop those relationships. Building a network (think of it as your professional “squad”) is always a good idea.

Taylor famously stood up for herself (and musicians everywhere) when she pulled her music from Spotify in 2014. She believed that she was not being fairly compensated for her work, so she defied the norm and removed all of her hits from one of the most popular streaming services in the world. More recently, she challenged Apple Music because they did not intend to pay artists for their music during the three-month free trial period for users. Her assertiveness paid off because Apple very quickly changed their tune and agreed to pay artists during the free trial period.

You don’t have to be an A-lister for people to take you seriously. Tell people what you want, and don’t stop pushing until you get it. If you’re looking for a promotion at work, ask for it. Don’t wait around for someone to notice you. You have the power to control your own success and your own image, so take advantage of that! Stand up for yourself when you believe you’re being treated unfairly. Tell people they’re wrong when they have a skewed idea of who you are.

Today, there’s hardly a person in the world who doesn’t know the lyrics to “Blank Space.” Taylor made a name for herself, and she’s become more than just the small town country girl singing about unrequited crushes and phone breakups. Her music (and her fanbase) grew up with her, and due to her wise business moves, it was a smooth transition. She chopped off (and straightened) her iconic locks, ditched the cowgirl boots, and started fresh — which is incredibly difficult to do when the world already has a pretty solid idea of who you are.

Sabrina is a world traveler, amateur wine connoisseur, and budget fashionista. She is a lover and doer of all things creative.