The “Rule Of Four” That Keeps Me Focused, Productive, & Fulfilled 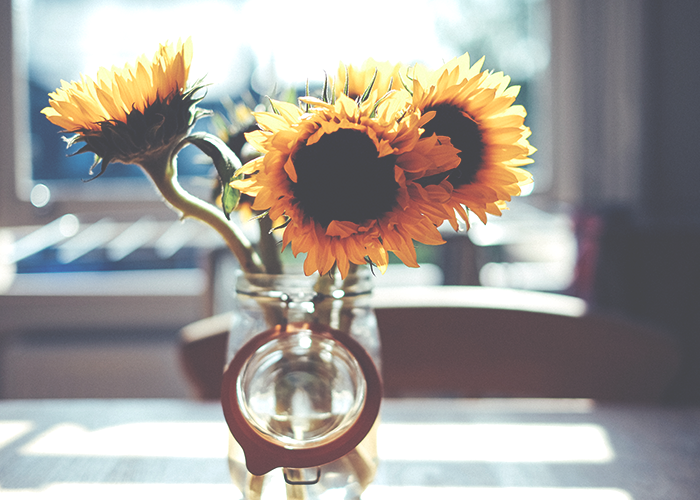 I was recently having a discussion with a friend about what makes us happy, what is supposed to make us happy, and what we want more time to do. She is someone who is motivated and driven by her career — the pure work of it — in a way I’m simply not, and never have been. I like writing, and feel lucky on a daily basis to be able to do it, but I enjoy running a business with an almost equal vigor. I enjoy my day-to-day much more now that it’s about half business, half creative, and I don’t know if I could go back. In some ways, not having that pure love for my creative work makes me feel insecure (feel a #totalhonestytuesday coming on, maybe), but I quite frankly don’t think I’m a good enough writer to really worry about that kind of thing. I’m never going to be out here winning literary prizes or getting prestige columns, so it’s in my best interest to diversify. I could teach classes some day, consult, and do many other things in addition to TFD — but they’d all be more based on building a brand or a media company than they would be about the word on the page. And I’m fine with that.

In some ways, I think, having this rather pragmatic view of my work life for the past few years has given me a kind of freedom. As a writer, I’m surrounded by a lot of writers whose motivation and validation and income are all centered around the act of writing “serious” things. It could be comedy, it could be novels, it could be essays — the point is that they are capital-W Writers, and for them, their work is much more than just a job, or a means to an end. They are doing something they love, and gathering the lion’s share of their fulfillment and personal identity from their career. I know many people whose happiness or energy on any given day is entirely dependent on how the writing is going, and whether or not they felt the last thing they wrote was “good” or not. I’ve never experienced this, because I’ve never expected to, or felt worthy of it on a pure talent level, so I couldn’t tell you what it feels like.

And obviously, creative careers are more prone to becoming this all-encompassing thing in your life, but nearly any career can slip into the same overwhelming position. Most of us so badly want to get the “job of our dreams

,” even if that just means a 9-to-5 that utilizes our degree in a way that makes it feel worth it, and when we finally join the hallowed ranks of the Career People, it’s hard not to let that become who we are.

When people ask us what we do as the first or, in the best case, second question after our names, they mean our jobs. And maybe they don’t mean to put such a heavy premium on how we make our money, but the effect is the same: that tendency we all have to define ourselves and feel most fulfilled from that thing at which we spend most of our waking hours is only affirmed by the people around us. It often can feel like a noble, even moral thing to do to become single-mindedly obsessed with our work. After all, if we have that incredible level of drive and tunnel vision, isn’t that just “passion”? Isn’t that the stuff that CEOs talk about when they give these quasi-spiritual talks about how they built their own empire? Isn’t that the admirable level of creative obsession that our favorite artists are asked about when they’re being interviewed about their latest project?

Frankly, I think that view of “passion” is more harmful to us than not having any career drive at all. Yes, there is a degree to which we should all feel invested in the thing we have to do every day to make money, but that we don’t take a step back and question people who have eliminated nearly every other source of expression or validation from their life seems like a huge mistake. When you have that very same CEO who is dispensing life advice and encouraging you to model your path after theirs in some way, and yet they’re currently on their third spouse and openly admit that they spend just a few hours a week with their children, who would envy that? Who would think that was anything but an emotionally-dangerous path to follow? When that same artist becomes so obsessed with their work that a negative review will send their entire year into a tailspin, when nothing can get them out of their funk except more critical praise, how is that healthy? When the 20-something who is in love with her job is at the office from eight in the morning to nine or 10 at night for weeks on end, and posts on social media about the #grind rather than confronts herself about whether this is sustainable, why don’t we say something?

I refuse to live that way. Even as someone with a “creative” job, even as an entrepreneur. Yes, a lot of my validation comes from my work, but I have had to take measured, conscious steps to make sure that the ivy of professional validation doesn’t creep over the rest of my life, choking it out. For me, I have created the “Rule of Four” to make sure I am constantly diversified and balanced in this regard, and always ready to say “no” to more work if it means throwing off the equilibrium. The “Rule of Four” is simple — I must always have four concrete, tangible things in my life that make me feel happy, that make me feel like myself, that I devote time and energy to, and that I am actively constructing. (Four is a number I chose because it feels the most balanced and manageable, but yours might be slightly different.) I must be able to name them at a moment’s notice, and they must be as precious to me as work: if I had to cut them out of my life, it would make me question my job, because one is not worth the other.

Those for things, right now, are my work, my partnerships (both with Marc and Lauren, because I consider both growing, living things define and challenge me in their own way), cooking and becoming a better, more versatile cook

, and traveling to see/hosting the many friends that I’m lucky enough to have far away from me. (I used to have partner dance and my weekly classes for it as one of those four, and I’d like to get it back, but I frankly won’t have much room for it until the first item slows down a bit.) These are my four for now, and all four are equally essential to me. All four make me feel like who I am, can define my happiness on a given day, and can take up the slack in the fulfillment department when another one is lagging. Cooking a delicious, involved meal can make a sour work day feel suddenly okay. Planning visits from friends in the next few months gives me something to look forward to and work my schedule around. Building lasting partnerships that are fruitful, challenging, and rewarding give me an increased sense of confidence and stability.

My work provides me a lot, but it doesn’t provide me all of these things, and if I weren’t diligent about reminding myself about what these other things are — and that they need my time and energy, just as much as my job does — it would be so easy to let work consume the rest. It would be so easy to increase the amount a lost client or mean comment on Twitter or snub from an industry peer impacts my life. It would be so easy to become increasingly obsessive about where my current professional success is, and allow it to define “success” for me as a whole, instead of having it only be part of what my overall success is today.

The last thing I want is to be the person who has the acclaim, or the corner office, or the impressive salary, and has let everything else fall to the wayside or suffer as a result. As much as I love TFD — and I love it more than I can say — if it started to cost me my relationship, my friendships, my ability to have time to myself and cook at the end of the day, my ability to travel, I would end it with sadness but with certainty. I know many people who pursue their career with a single-minded obsession, and are the first to admit that in order to do it, everything else must go. But I don’t, and have never wanted, to live my life on those terms, even if it means turning down future potential money or professional glory. I was raised in a family that operated that way, who lived by the Rule of Four (even if they didn’t give it a name), and I can’t picture living any other way. I may not end up on the cover of a magazine for it, but I know I’ll be happy.