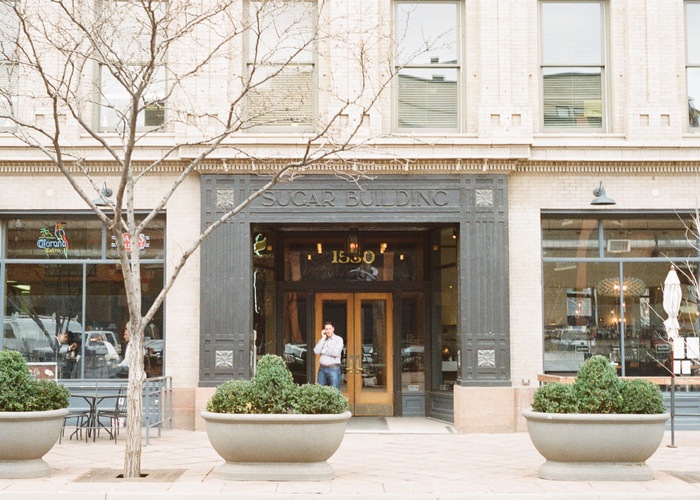 This year, for the first time, I pitched the idea of not doing holiday presents to my boyfriend. Seeing as we already spent money celebrating my birthday in November, I figured he would be 100% onboard. But I was wrong. I tend to bounce around on what I’m celebrating and when — sometimes I make latkes with my dad for Hanukkah, other times my mom will make a lovely meal on Christmas. Because my family is connected to multiple religions, we’ve never had any standing holiday traditions. My boyfriend, however, has always celebrated Christmas, from decorating the tree right after Thanksgiving to giving presents on the morning of the 25th. As it turns out, he was a bit taken aback to hear that I didn’t want to do presents at all. We compromised and decided to only get each other something small that we would actually use. While it wasn’t my initial plan, I’m happy to give my boyfriend a Christmas present, especially because he humors me by making my birthday celebrations last an entire week. But I was also glad that we were able to agree on a budget and stick to it. The last thing I wanted was to worry about spending a certain amount on him because that’s what he was spending on me.

The whole conversation got me thinking about how to best spend money on a significant other or spouse around the holidays. I don’t think there is one right answer, but I like the idea of giving experiences, or something small and thoughtful. Especially for couples like my boyfriend and I who don’t necessarily celebrate the same holidays, deciding together how to use the money we would’ve spent on his and her pajamas could be a great way to approach the season. So I asked seven couples what they do instead of exchanging Christmas gifts with their SO, and here’s what they said:

1. ”We actually pooled our money for a staycation this year. We just moved to New York and work completely opposite schedules — one of us works at night and the other works during the day. So we don’t get to spend as much time together as we would like to, which is especially a shame because we’re still relatively new here. Instead of buying each other a new ‘thing’ (an appliance or something), we decided to spend on an experience we can both appreciate. We pooled the money we would’ve used to buy each other presents and got a nice hotel room and a reservation at a restaurant we’ve always wanted to try. We’ve been together for four years so it’s nice to treat ourselves to a ~fun getaway~.” — Jackie, 26

2. ”We just moved in together (about five months ago) and haven’t decorated the apartment nearly as much as we’d like. We kept saying we’d do it, but work happened, family happened, laziness happened and five months later we still have nothing on the wall. We are each contributing a piece of artwork to our new shared space instead of getting each other presents this year. It can be anything: a piece of art we love, a print we’ve always wanted to hang, or a framed photo of us. I like the idea because we each get to pick something that we like for the apartment and share it with the other person.” — Matt, 29

3. ”We are keeping it super simple this year. Instead of giving each other anything, we are making dinner together the night before Christmas Eve. We never get to spend the holidays together, so this year we decided to do something special before we each went our separate ways. We are cooking a very extravagant meal together. Each of our families have their own food traditions, and we’ve planned a menu together that celebrates both traditions, but also brings our own new traditions to the table.” — Jesse, 25

4. ”Nothing. We are actually doing nothing in lieu of presents. We just decided that we weren’t going to do presents this year and left it at that. Neither of us wanted to spend money, and only one of us celebrates Christmas. Honestly, the holiday season isn’t really a big deal for either one of us. We spend Christmas together and typically spend the day cooking and calling family members. Each year, we just play it by ear and decide whether or not we want to make it a gift-giving year.” — Bill, 52

5. ”My husband and I don’t have a specific presents tradition for the holidays. Before we were married, when we still lived in Paris, we went to Disneyland Paris on Christmas Day instead of exchanging gifts. I would rather us have a memory of the day than exchange gifts that won’t have a lot of lasting value. It’s really fun to create new traditions, even if the tradition is to just do something different each year.” — Jennifer, 32

6. ”We usually don’t get each other anything around Christmas, but we do celebrate Hanukkah. My boyfriend is Jewish, so I’ve been celebrating with him since we got together. We don’t necessarily do an ~alternative to presents~, but we never do anything big. Instead of getting each other a fancy present, or something that requires saving up for, we just do small, thoughtful gifts (often homemade) for each night of the holiday.” — Ana, 25

7. ”We have been together for almost two years and haven’t gone on a trip together yet. We’ve been invited, but it was never the right time to say ‘yes’ and spend the money. This year, we didn’t really want to do presents. Don’t get me wrong, I love the holidays. I celebrate them with my entire family, and my partner’s family is the same way. But when we asked each other what we needed, we both said, ‘uhhh.. nothing.’ And that’s when we knew that buying each other gifts we wouldn’t use was kind of a waste. Instead, we’re each taking the money we would’ve spent on a gift and are setting it aside for our first trip together (hopefully this summer).” — Julia, 27