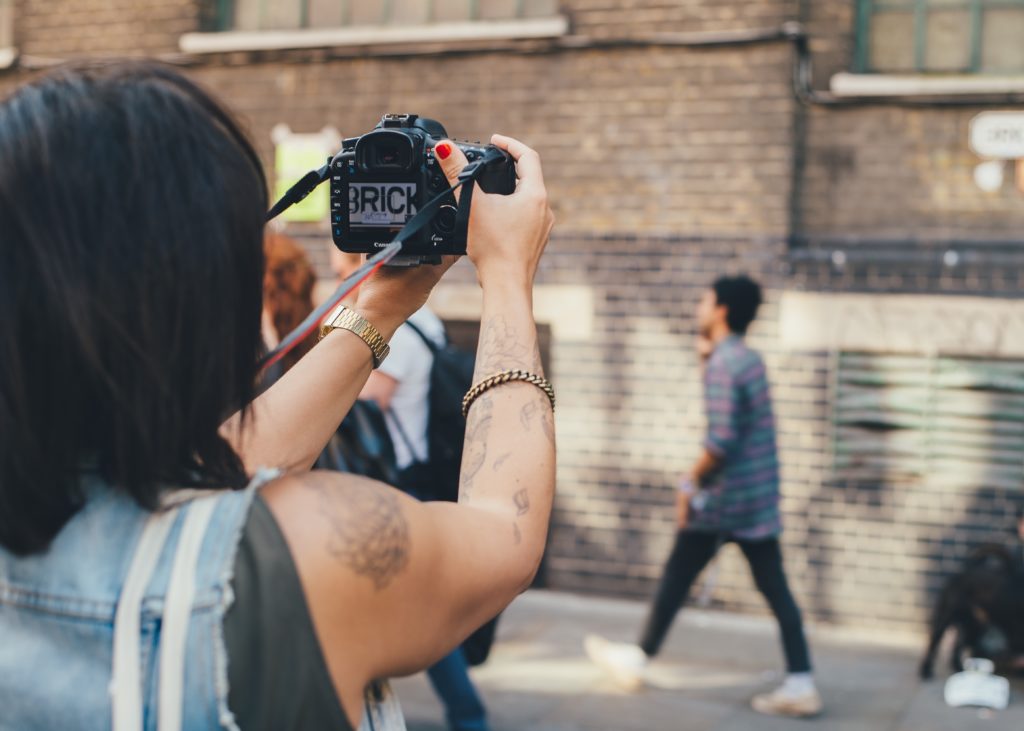 “Find something you love and you’ll never work a day in your life,” goes the old adage. As a child of the 1980s and 90s, I was surrounded by messages in media about reaching for your dreams and becoming anything you wanted. The field was finally open for women to have important careers and to aspire to a lot more than our parents had achieved.

I grew up in Puerto Rico, where seeing women in the workforce was not an unusual sight anyway. Outside of the upper social classes, women had been making a living for their families for centuries, raising children and keeping house while cleaning other people’s homes or doing their laundry, working the fields or as businesswomen. My grandmother had been a seamstress and had owned her own bar when I came into this world. My mother, who had emigrated from the Dominican Republic when she was 16, had held many service jobs, ultimately settling in a career as a restaurant cook. Her sister had worked in several different jobs as well, until she found her calling as a taxi driver — a fruitful career until Uber entered the scene, and she finally retired.

All around me, my classmates’ mothers were laborers or career women, some holding important positions at big companies, others performing necessary jobs, like childcare or caring for the elderly. But my generation was different — we wanted more. We had been told we should want more. Yes, we would have to toil and labor, but perhaps we could enjoy it in the process.

I am now in my late thirties, and while by all accounts I ended up in the career I went to college for (and am passionate about, unlike about 98% of my friends), I find myself rethinking and reevaluating my professional journey so far. Back in my early twenties, when I had no idea how I would ever end up being a freelance translator, I imagined working from home doing the work I loved would be the sweetest of dreams. Back then, I would take any job that was offered, no matter the pay or the conditions — and boy, I did.

I do work from home now, but no one can say I did not pay my dues. Perhaps overpaid them. Like the older women in my family, I did many different jobs within the translation and interpreting industry. I could spin anything into an opportunity. I translated many things for free, just trying to get my foot in the door somehow.

Passion drove me. When I graduated with my Master’s degree in translation and interpreting (an education that, 8 years later, I am still nowhere near paying off, by the way), the floodgates opened. Translation agencies wanted to hire me, and I could not believe I was getting paid for doing something that gave me so much joy.

But passion, as I have learned, is a double-edged sword. Because at the other side of passion lies burnout.

We have seen now how the YouTuber nation has begun to crumble under the weight of constant output. YouTubers are not going anywhere anytime soon, but many people have already closed down channels, disappeared, or at least reduced their content schedule. I have also seen artists, musicians, dancers, people who have devoted their entire lives to an art form walk completely away because they could no longer handle the pressure. Many find full-time jobs to sustain their passion, while others simply abandon it altogether.

My current gripe with the passion discourse when it comes to careers doesn’t have to do with the socioeconomic consequences of a specific career, though. You can be a really passionate programmer, and modern society will reward you for it with a job and good pay. My particular issue is that when we talk about passion for a career, we never really talk about how to protect yourself from those who might take advantage of your passion.

I have been employed now for almost 20 years, with only a couple of years here and there where I was not working because I was in school. But after turning 18, I have spent the vast majority of that time in some form of part-time or full-time employment. I have worked in retail, tourism, and office environments, and also as an interpreter, a dance teacher, and a freelance translator. And in all that time, I have had many experiences where, in retrospect, someone was taking advantage of my efficiency, speed, “attention to detail,” and all those beautiful things you write on your resumé.

Passion and having a higher calling to provide a social service (for example, providing Spanish interpreting for underprivileged immigrant communities in the San Francisco Bay Area) led me to negotiate really bad deals. I’ve agreed to rates that should never be acceptable for a trained, certified professional with a degree. I’ve also found myself agreeing to aggressive deadlines and frankly inconvenient schedules because the client “forgot” to account for translation in the pipeline, and they wanted the foreign language versions of their app launched simultaneously with the English. I’ve had to “play ball” with an agency that was negotiating a really low rate with a big client, and so they asked me as a favor if I could provide a “volume discount” — always with the promise to send a lot of work in the future.

The passion discourse, then, becomes a terrible starting place when you run into those for whom money is the only driver. “If you’re so passionate about graphic design,” I imagine them thinking, “why can’t you give me a lower rate? You’d do it for free, why not do it for less?”

But here’s the catch: the less money you make in your chosen career, the more you have to work. Aggressive schedules, late nights, or really early mornings, ordering takeout because you have no time to stop and cook or even go anywhere, will eventually chip away at your passion. You do it the first couple of years because you hope that things will get better in the future.

And granted: I did try to make it as a freelancer in one of the most expensive places in America, while also carrying a heavy student loan burden. But isn’t that also a result of the passion-for-your-career mentality? I went out and got into debt because I was passionate about translation, and that Master’s degree seemed to be the most straightforward route to the knowledge and training I was seeking. I moved to the Bay Area because a lot of the jobs I wanted were there (and I had no idea how expensive it really was).

I suppose this is the point at which I must admit that I do not regret my decisions. And it’s true: I do not. The journey, while riddled with hardship and frequent panic attacks, has been incredible. But if I had to advise a young person today about how to choose a career, I’m not sure I would lead with passion.

I am not saying we need to stay away from turning our passions into careers. Absolutely not. What I am saying is that we need to also teach these same young people about how to protect themselves from greedy bosses and company owners who only care about the numbers, and for whom your passion is a huge asset they can exploit. Because you will be exploited, and then the most tragic thing will happen: you will lose your passion, and the world will be poorer for it.

Elsa Figueroa is a freelance Spanish translator, bellydance instructor and aspiring writer currently living in Puerto Rico. She lives with an artist and two cats, and previously had her heart broken by the San Francisco Bay Area.