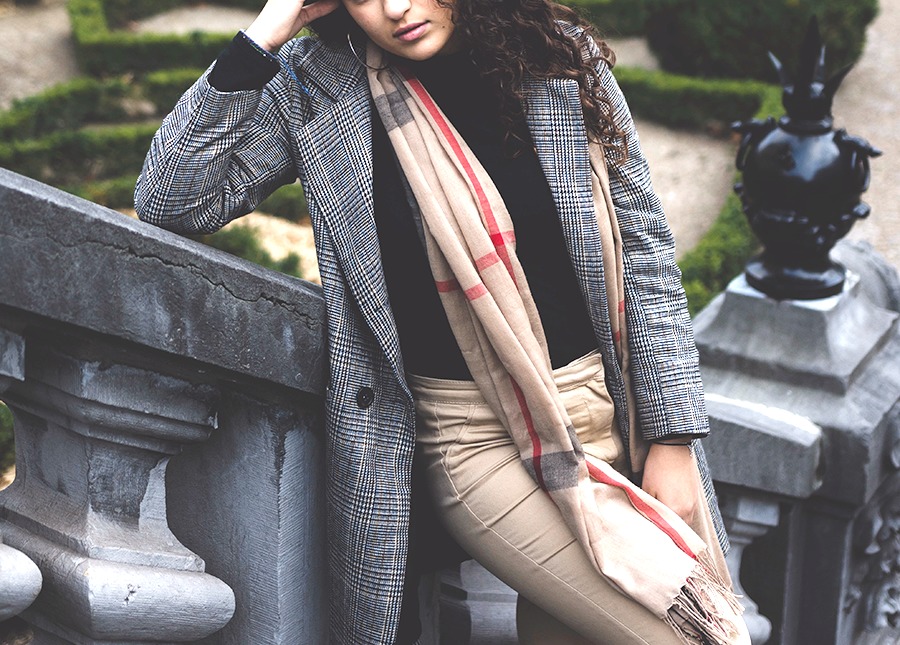 Just like my parents, I’m a federal employee and, just like them, I’m navigating the largest government shutdown in U.S. history.

I work for a government branch that is affected by the shutdown but that generates some of its own income through fees, so we’ve been able to keep things running and people paid by dipping into those fees. Kinda like a savings account, but for the government. Even when those fees run out, which they did, we can delay or cut down on certain functions. We’re not ordering office supplies, we’ve stopped paying certain recurring expenses, we’ve cut back on things like janitorial staff and the building cafeteria and compensating employees for their free transit passes. As a result, I will not lose a paycheck this month. But, now that it’s clear that this may last longer, I’m starting to plan for what happens if this drags on. I know that I’ll be okay, but others won’t.

I hear a lot of commentary about how government employees living paycheck to paycheck should have more saved. There are two reasons why this argument is reductionist and absurd. First, most Americans don’t have much saved, so why would the employees of American’s largest employer be any different? It’s like we’re victim-blaming federal employees for being like…most of America. Second, some people spout some stupid figure that they claim is the average federal worker salary and that it should be plenty of money. But averages are pretty useless when you consider that federal salaries vary widely based on location, with DC workers (where the bulk of the government’s white-collar professionals work) earning the highest average (of $115,594) and those in more remote and rural locations (where many unskilled or blue-collar professionals work) earning $63,148. They also vary based on the type of job performed. In fact, many of those who work for the federal government aren’t salaried at all but work on an hourly or contract basis. These include many of the janitorial and security staff at federal buildings who, just like the janitors or security guard at private buildings, no one considers highly-compensated employees.

With that being said, all of these employees will experience the shutdown differently based on their specific job duties and employment contract. During a shutdown, there are two types of employees; essential and non-essential. These employees can be contracted, direct, or salaried employees. Whether they are essential or not will depend on the jobs they do, i.e. a contracted EPA inspector may be non-essential, but a direct TSA employee may be essential. Those who are not direct employees (i.e. the janitors who the government contracts with a private entity to clean government buildings) may not get paid at all. Then there are people who are furloughed, meaning they are told not to report for work and they are not paid, but could get paid after the government reopens if Congress passes a bill. Lastly, there are essential employees — these include TSA screeners, FDA inspectors, judges, and prison guards — who have to show up and work as usual (because human safety depends on them) but won’t get paid until after the government reopens.

If the government reopens, Senate Bill 24, which passed the House and Senate and is awaiting the President’s signature, ensures all government employees, essential and furloughed, will be paid once the government reopens. This doesn’t mean, however, that they will receive interest on what they weren’t paid. It just means that all their usual paycheck (and usual tax and benefit deductions) will occur. Nor does it mean contract employees will get paid. Assuming a best case scenario, which is that the government re-opens and everyone (included indirect and contracted workers) gets paid, the financial repercussions for workers, on an individual level, will remain. Here’s why.

For a lot of federal employees, including myself, jobs require advanced degrees (often incurred with student loans) and they have to keep professional licenses, pay taxes on those licenses, and attend mandatory continuing education classes to maintain them. For me, those monthly expenses amount to $1,500 JUST to fulfill the mandatory requirements for my federal job. I can put some of those expenses off, like attending trainings, but those only amount to about $20 a year (since I tend to find free training when I can). I can’t put off the larger taxes or my student loans payments (which, ironically enough are to the federal government) without incurring interest or penalties. Many federal professionals with special qualifications and licenses are in the same boat.

2. If you are deemed an essential employee you still need to show up to work.

Showing up can entail significant, reimbursed expenses. Since my employer doesn’t provide parking, they provide free unlimited public transit passes. My city has the worst traffic in the country and my partner needs a car to commute to his job, so we pay extra to live somewhere accessible to public transit. If I want to continue to use transit during the shutdown, it’s going to cost me $95 a month. That’s an additional expense I’ll incur solely due to work I am required to do without getting paid. It’s not a big deal; I’ll pay it or bundle up to bike and change at work. But for people like prison guards, who live very far from where they work and make less than I do, those transit expenses are not sustainable without reimbursement AND a paycheck and the bill passed by Congress does not cover their expenses.

3. It’s easy to save if you’re white, well-educated, upper-middle-class, straight, able-bodied, and lucky. Most federal employees (again, like most Americans!) aren’t.

I have over $20,000 in savings and it has little to do with how much I get paid; it has to do with years of genetic, family, and socio-economic advantages.  I got my first real job in 2008 making $50,000 a year in NYC a week before Lehman Bros. crashed.  Layoffs were happening everywhere I looked and I followed the best advice my mom ever gave me, which was direct deposit $200 every month into a savings account.  Other than $5,000 I got when my grandpa died, I’ve built up $15,000 over three years, put it in a (low risk) short-term bond fund, and didn’t touch it.

The only reason this happened is that I haven’t had a true emergency. Sure, I’ve been under and unemployed, but I’ve never had to tap that fund to hop on a last minute flight to care for sick parents, financially support my younger sibling, pay the entirety of the rent without my partner’s help, or get a new car after an accident totaled my old one.  I’ve also saved because I’ve always been healthy and can afford preventative treatment to stay that way and because my family set me up for financial success with good advice and money.

Bottom line, I saved enough to weather this shutdown because I inherited plenty of privilege and the universe has been kind to me. Very few people can say the same. Many federal employees have dependents, many have medical expenses (related to themselves or others), many faced natural disasters this year. We cannot assume that they should have things saved based on income until we know the true picture of their expenses.

4. Depending on where they live, federal workers may not qualify for unemployment benefits.

Unemployment benefits are determined by state laws, most of which require proof that you are unemployed (sometimes this is a pink slip an employer sends in) and that you are ready, willing, and able to find work and are taking steps to do so. I’ve actually had to return unemployment benefits WITH INTEREST over five years later because the state considered me “unable to work” since I moved out of state for three months so that I could live rent-free while I was unemployed and looking for work. I’ve also had to keep a weekly log and certify that I had searched for 5+ jobs a week and not rejected any job offers.

If you’re furloughed, you’re not unemployed and, depending on the rules for your federal position may not be able to do part-time work. If you’re essential you may not even have time to do another job. Some states have provisions for shutdown type circumstances, but some don’t. So, depending on the state rules, federal employees affected by the shutdown might not qualify for unemployment. This puts them in the bind of not being paid, not being able to meet expenses, and not being able to supplement expenses with unemployment benefits or additional income.

5. Most big monthly expenses, which have dire consequences if unpaid (like interest, late penalties, eviction, default, and damage to credit score) CANNOT be re-negotiated or delayed.

Even if I cut all my discretionary spending down, my major expenses are still there. Over half of my monthly income goes to home, retirement, student loans, and professional licensure taxes and fees. The only one of those I can stop paying without immediately damaging consequences is the retirement. But people have to eat, take medication, wash, stay warm, and get to work, which costs money. I’m a coupon queen with a thing for free/used/DIY, so my discretionary spending is generally pretty low anyway. If I’m just paying utilities and very basic groceries, I can get all my discretionary spending down to $300. So we’re still looking at over half of my income going to bare necessities and the recurring expenses I can’t delay without penalty. If I didn’t have the savings cushion there is no way I could make up the shortfall with unemployment benefits (assuming I was entitled to them) or by finding other work (which my employer prohibits), or, as some federal employees have been advised, trimming my expenses and selling my stuff.  For most federal employees who don’t have savings but who DO have significant recurring expenses, reining in monthly spending is unlikely to make up for missing four weeks of pay. So, unless their creditors are kind, they are going to pay interest, may default or be late on payments, and their credit score may suffer. They can’t fix this when (and if) they get paid.

All this is not to say that I, personally, am hard put because of the shutdown. It’s to say that we should stop making assumptions about how federal employees are affected by the shutdown, what they did wrong, or could do differently. To say that they could expect this or should have saved or get a better job than their private sector counterparts is nonsense because how can you make generalizations about a group of 800,000 people ranging from a prison guard making less than $50,000 and supporting a family of four in Hurricane Michael ravaged Panama City to an economist with $90,000 of student loan debt (from the degree they needed to get their job) making $95,000 in D.C.? That’s useless and, ultimately, insensitive. So let’s stop blaming the victims of this shutdown or putting the onus on them to handle the fallout. Instead, let’s put the focus on the shutdown’s source — our government’s legislative branch and executive leader. More specifically, let’s urge them to step up and do the jobs our taxes (which we owe during a shutdown) are still paying them to do.

Emma B is a lawyer and unabashed couponer, freegan, and lover of all things found, re-purposed, thrifted, bartered, and gifted.