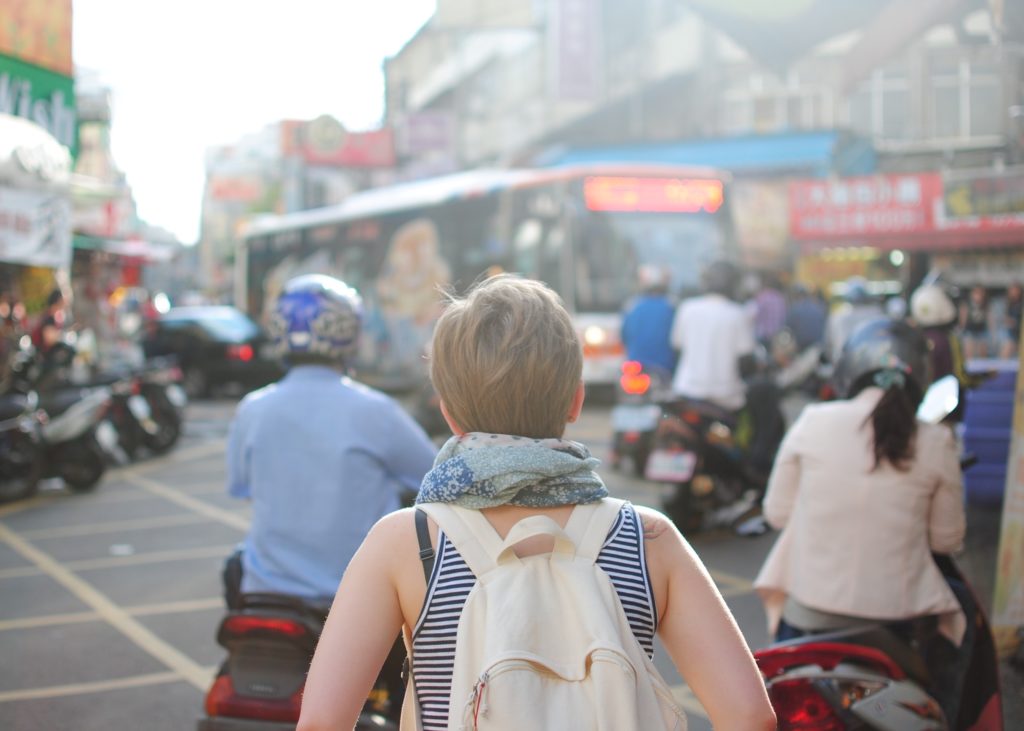 It’s official: After two years of living in Jakarta, I moved away the first week of June. Since then, I’ve been traveling around Asia before I head back to my U.S. hometown for August. Come September, I’ll be off to the United Kingdom for graduate school.

While preparing to leave Indonesia, it was so easy to get caught up in the process of physically packing up my life while also booking flights and hostels and narrowing down my packing list. Those things were important, of course; this trip required both time and detail-oriented planning. It’s really difficult to hurry when purchasing overnight bus tickets around Japan, or writing up detailed lists of toiletries and clothing. (Trust me, no one wants a repeat of my three weeks in Bali with only the pair of underwear I wore on my flight.)

But those to-do lists were not everything. They did not take precedence over wedding celebrations for teacher friends, or final afternoons spent on the skyscraper-surrounded softball field, or first tattoo appointments. As much as I wanted to remember to pack immodium in order to survive all of the street food in Japan, South Korea, Vietnam, and Malaysia, I also knew that people survive these places every day by purchasing those sorts of items in local drugstores.

This was certainly not the first time I left a place that I love, with plans in place to move somewhere new. But it is the first time I believe I’ve gone through this process with a higher degree of self-awareness, and what all of this coming, going, and staying have taught me.

1. When you know you are leaving a place, you look at it differently.

I knew that leaving Jakarta after my second year of teaching was highly probable for quite some time. But I didn’t share this information with most people until May, when everything was finalized, and the date was close enough that goodbyes couldn’t be dragged out for too long. (My favorite response out of all those I’m Leaving conversations? “We should have your goodbye dinner before Ramadan begins so that we can drink together.”)

In my final weeks of Jakarta life, I took more photos and videos of the city itself than I had in the entire six months prior. I started trying to capture the essence of that city, the things that made me fall in love with it so quickly. Take the traffic, for instance: if it were Midwestern Americans making up all of the drivers in Jakarta, there might be countless more accidents, astounding levels of road rage, and far less movement on the toll road at rush hour.

I found myself trying to capture the communal mindset that is shared by so many Indonesian people, which allows traffic to continue moving without hardly any screaming matches or endless calls to vehicle insurance companies. I even found myself trying to simultaneously capture how and who I was while living in Jakarta. It wasn’t about trying to freeze myself in that time or place; I love to grow and expand and experience. Instead, it was about wanting to better equip myself to remember who I was while I lived there, and who the city was that took me in and let me become more than a visitor.

2. When you are new to a place, you look at it more closely.

So many hours of my June and July travels have been spent writing: poems, nonfiction, short shorts, to-do lists, freelance work options. Coming into this trip, I knew this would happen because, simply by the act of being in a new space surrounded by new people, I am easily able to find inspiration. From previous trips, I have observational notes from Copenhagen train stations, completed Sudoku puzzles with Italian bus driver descriptions in the margins, and nearly hundreds of quotes from airport phone conversations.

There is something about being a ghost in a place — with no risk of running into friends or family or acquaintances — that allows you to see more closely into the details of what is happening around you. I pull from these for details in stories or for transitional moments in poems. These are small things I collect with the purpose of using later for something more than nostalgia.

Simultaneously, though, I do know that I am missing out on overall storylines when traveling temporarily; it’s like I’m only listening to the violin section of an orchestra. There is still inherent value and meaning to be found, but there are loads of important bits that I can feel are missing. It’s possible to examine the micro for however many hours you’re able to have in a new place, but I don’t believe you can feel the macro pulse of a place until you’ve been there long enough to know traffic patterns or to have a favorite grocery store.

One example of this would be the presidential elections in Jakarta. Had someone’s only day in this city fallen on election day, they’d have thought its infamous traffic was a lie, and they’d have been unable to find a single open street food cart. But had they been there 24 hours earlier, they’d have seen just what “standstill” can mean, especially when every car and van and motorcycle is waving flags featuring their selected candidates, blasting music from massive speakers, and calling out to like-minded supporters sitting meters away in the same traffic jam.

3. When you are in the depths of that beautiful day-to-day routine, you forget to look around at all.

And yet, once we have those traffic patterns memorized, and we know the best places for fresh fruit, and have more of a grasp on the current political climate, we so often stop noticing what is happening around us. We are suddenly a part of that macro tapestry, without noticing the transition at all. We become another member of the population hopping on a motorcycle taxi in slacks and a button-up, heading to work.

One of my favorite parts of living in a new place is when it no longer feels new anymore. There is something to be said for the easing of daily logistical stresses: the quickest and cheapest route from point A to point B, how to give a taxi driver directions in his first language, where to do laundry, how to get a package delivered. Having those particular headaches replaced with the more normal headaches of grading papers or hunting down absent students — that’s the moment I know I’ve become comfortable in a place.

But “comfortable” should not be synonymous with “mindless.” As I’m moving onto my next stage, in my next place, I’m making a point to appreciate the location and my own role within it. This is certainly easier said than done, but a lofty goal is better than none at all.

There is absolutely value in every aspect of coming, staying, and going somewhere. There’s still no feeling like returning to the suburb I grew up in and knowing exactly where to find every item in our grocery store, or driving myself to my favorite bar or Mexican restaurant without needing a GPS. I suppose my hope is that I’ll appreciate all three stages of being in a place while I’m currently living there — not only when I am about to leave or preparing to arrive.

Madison is an educator, writer, athlete, and Slytherin. Originally from Kansas City, Missouri, she currently lives in Jakarta, Indonesia, where she works as a teacher, tutor, freelancer, and kids fitness coach. She can be found on Instagram @madisontclark or at madisontclark.com.