Sorry, Your Mental Illness Shouldn’t Be On Your LinkedIn 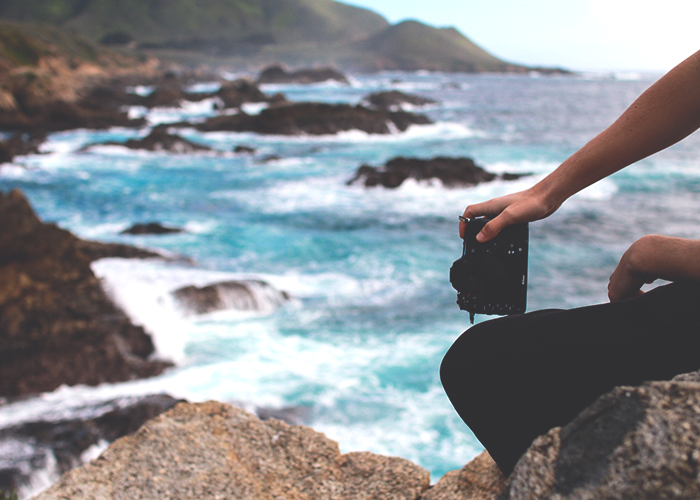 I remember every single feeling I experienced, one after the other, when my doctor wrote me that diagnosis of Generalized Anxiety Disorder. I felt embarrassed, I felt exasperated with myself (why couldn’t I get this under control — I was smart!), but I mostly felt relieved on some level. Finally, someone had given me a little piece of paper and a few words that made sense of things, that provided my past mistakes and current difficulties with some kind of context, and sorted all of those extremely-messy moments into neat little bins labeled “GAD.” It wasn’t a good feeling, per se, but it was one of extreme satisfaction, like when that oddly-shaped little puzzle piece you’ve been searching for for hours finally clicks into place. If nothing else, I knew who and what I was just a little bit better.

And then I remember, about a year later, going through some mental illness issues with a very close person in my life, thinking how good I had it. There was a bell curve that I couldn’t see when sitting in that doctor’s office, swinging my shaking legs and praying for a diagnosis that would make sense of things, but I fell distinctly to one side of it. I was functional. I was lucid about what was going on with me, and even if I couldn’t always control them, I could identify attacks and irrational moments for what they were. Within the grand, often-confusing spectrum of mental illness, I was definitely in the privileged echelons, and the fact that I could talk candidly about my problem was probably one of its most defining features. The “problems” of the “very close person” can’t be spoken about in more detail than that, because when problems are very serious and not fully understood, they can’t be fit into a narrative. They are secret and personal, because generally speaking, the sicker someone is, the less they want to share it (and less the world wants it to be shared). Me being “brave enough to speak up” about something like moderate anxiety (lol) is a privilege in and of itself.

But a big part of the conversation that has cropped up around mental illness in the past few years — especially on the social media-heavy corners of the internet where words like “self-care” are thrown around on a minute-to-minute basis — is emphasizing “bravery” and “honesty.” Honesty is supposed to be this catch-all thing, always good, especially when it comes to something as personal and formerly-taboo as mental illness. One should never be ashamed of their illness, this rhetoric says. It’s something to be proud of, something to embrace as part of your identity! Hence the not-uncommon phenomenon of people listing their mental afflictions in their online bios next to things like location, occupation, and interests. In the increasingly-prevalent world of Leaning In to one’s mental illness, it is treated more like a personality trait than anything else, something to quirkily include in your LinkedIn bio or bring up at an interview.

This approach, of course, misses a lot of really key things in the effort to de-stigmatize and “create conversation” around mental illness — a nebulous term that really only means existing publicly, to whatever ends that may imply. First, it fails to acknowledge that the people who are including asides about their neuro-atypical-ness in their public profiles are generally a) functioning enough to maintain some kind of curated presence, and b) aiming to lead a generally “normal” life in terms of employment, human relationships, and social activity. And second, this push towards radical honesty at all costs refuses to say the truth: being radically-honest about shit that may inhibit you from doing things like showing up to work every day or being reliable about sensitive information only hurts you in the long run. Essentially, if you’re encouraging people to self-care by being as open as humanly possible about their ongoing battle with things like depression, anxiety, etc, you’re encouraging them to make themselves less employable and more of a liability, in personal and professional settings. Period.

The point-blank truth about this is that, if we hope to prosper and better ourselves in life — financially, professionally, or otherwise — that’s going to mean a fair amount of compensating and overcoming for whatever our “thing” may be. And the most practical way I have found to treat mental illness that neither stigmatizes nor hides it, but also doesn’t make you a walking time-bomb for an HR department, is to treat it like one might a chronic physical illness that generally doesn’t prevent normal life, but may occasionally present a problem. Think things like IBS, diabetes, chronic pain, etc. These are things that may interrupt a meeting or require special conversations with your boss every now and again, but they’re certainly not the thing you’re going to put at the top of your bio or make the focal point of an introductory conversation. They aren’t personality traits, they are things that you live with and make do with and figure out. They aren’t a positive or a negative, they just are, and the real story is what you do with them every day.

But there is an added complexity in mental illness discourse that isn’t present in things that are grounded in the body: mental illness turns everyday life into a victory. And I fell into this pattern of thinking hard when I was first diagnosed. “You see?” I wanted to run and tell everyone, “I wasn’t just lazy or self-defeating. I was ill!” And this was true to a degree, but the further I leaned into that thinking, the more it excused me from pushing myself. It is easy — and we see this perhaps most clearly in the over-diagnosis of children with mental illness — to seek the entire answer for our problems in a medical acronym, or a line on a piece of paper. There is a gray area in nearly every life, and more of us than we’d like to admit are struggling against some demon or another. As much as the question may be answered by our diagnosis, a lot of our achievement in life will still rest in our capacity to push past it.

And this truth never becomes more clear than when we are confronted with someone who truly isn’t in control of these things: someone who isn’t lucid about their illness, can’t recognize or manage their attacks, someone who is truly unable to hold things like employment or fruitful relationships because of the way their illness impacts their mind. It wasn’t until I was confronted with this in my own life that I realized just how quick I was to lean into my own (relatively-and-clinically-moderate) illness. The truth is that my flirtation with “self-care culture” only ended up hurting me, because it taught me that my worst impulses were things to be embraced in some misguided quest for “honesty,” when what I really needed was more accountability to myself. It wasn’t enough to be diagnosed — I wish I had someone to say to me, “I know you deal with this. I want see what you are capable of beyond it.”

Making a moderate mental illness a point of pride in an effort to overcome the stigma is well-intentioned, but only ends up hurting the people it’s most intended to help. On more than one occasion, I’ve been in charge of hiring for a position, and in an industry that’s full of mental -illness-radical-honesty, I came across several otherwise-great candidates whose social media profiles were full of updates and anecdotes about mental illness. While the illness in itself would never have precluded them from the job, I knew that putting them past the HR desk would be completely futile, as the inability to separate the personal from the public (and therefore professional, in our case) would demonstrate a serious liability. And when I told my HR friend Dani*, who I have consulted on several TFD articles, that I was writing this article, she said,

“I work in a pretty ‘boring’ industry, and I have started to legit see things like depression, anxiety, bipolar, etc on résumés and profiles. What these people fail to understand, I think, is that most people on any given team are dealing with something, and that could be anything from family issues to physical disability to financial strife. A company’s job is to make all of this work together seamlessly, and the goal is to overcome these problems, not put them front-and-center. If someone is identifying themselves by an illness, that means it’s going to be a huge feature of their employment. It’s a workplace lawsuit waiting to happen from our eyes.”

And that is really the biggest point, right? It’s our job as humans, in our best moments, to be as aware and empathetic as we can about the fact that everyone is dealing with something. We are defined not by what afflicts us, but by what we do with the hand we are dealt. And while we shouldn’t be embarrassed or ashamed about anything out of our control, it should also not be something that we put at the top of our Who I Am list. If we are lucky enough to be lucid about our problems, we should also be pragmatic about them. And simply identifying our illness isn’t enough, it’s then our job to figure out how to make the most of ourselves, in the face of whatever we may be facing.

Self-care isn’t indulging in whatever we may most want at that moment — especially because often, the thing that we want isn’t good for us in the long term. Self-care is doing something for ourselves today that will make tomorrow a bit better, a bit easier. And the first step to doing that is to take “anxiety” out of our bio.