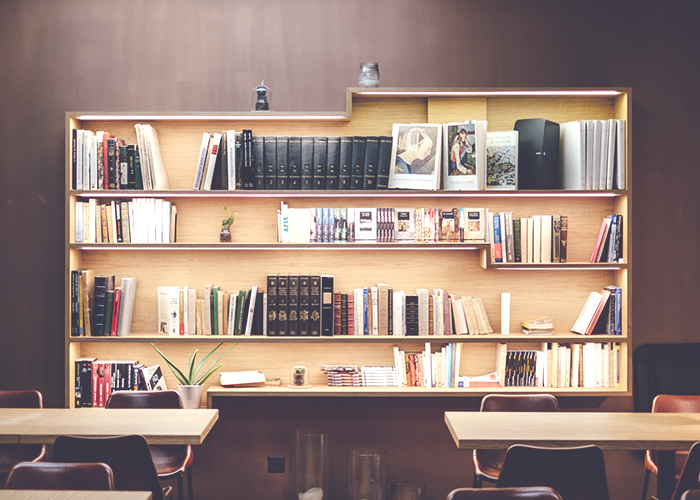 Law school, everyone told me, is an expensive undertaking. What few people mentioned is that the cost of applying to law school in itself is also a pretty expensive undertaking. As someone making a grand total of $37K a year while living in Manhattan (thank you, nonprofit life), I had serious incentives to find ways of making the process as inexpensive as possible. Here’s the cost breakdown.

In addition to steep, steep LSAT fees (and additional fees for registering late or changing your test center), there’s also a whole industry dedicated to telling you that without buying every resource under the sun, you’re doomed — and those prep materials add up reeeal fast. Luckily, several of my coworkers were applying to law school at the same time, and we saved money by forming a little study collective of sorts, passing around used materials and splitting the cost of purchasing new guides as needed. I couldn’t afford a prep class (the better ones I found cost between $1200 – $1500), so studying with friends was a great way to get answers to my questions, too.

I also found inexpensive study materials on Craigslist, and many colleges and public libraries have LSAT resources available for checkout. If you don’t mind hand-me-downs, there are definitely ways to study for the LSAT on the cheap.

Okay, there is no way to get around LSAC fees. LSAC hands out a few need-based fee waivers each year, but no one I know qualified for one (even people making minimum wage). I mainly saved here by shamelessly begging and pleading for application fee waivers (which can range from between $60 to $100) from the schools I applied to. I qualified for a few waivers on a merit basis, and for the rest, I sent the admissions office at each school a nice email with my GPA and LSAT score, told them the fee was a financial hardship, and asked for a waiver. In most cases, the school very kindly provided one, and I ended up with 10 waivers for 14 applications. Still, LSAC found a way to thwart my joy by adding on a $30 “service charge” for each application I submitted. Basically, LSAC is the Source of All Evil. The end.

I found it exceptionally ironic that in order to qualify for need-based financial aid, I had to fork over money for the privilege of using the application that determined its distribution. NeedAccess charges $28 for your first use, and $15 every year after.

Though I didn’t need to do this, it felt important to visit and get a sense of the schools I was accepted to before making my final decision. To keep costs down, I only visited schools in NYC, plus the two schools that paid for my flight over (shoutout to Berkeley and Stanford for making their admit weekends legitimately financially accessible!). Still, I was admitted to one school just a few days before their admit weekend, which means I ended up spending $700 on a ticket to fly down to California. It was a huge extravagance, but the school did reimburse me for $450 of it. And ultimately, visiting schools turned out to be extremely helpful in making the final choice.

Yes, there’s more. Between studying for the LSAT, applying, going on interviews, and visiting schools, I missed around three full weeks of work (over the course of a year and a half). I’m lucky my company had a generous paid time off policy, meaning I still got paid while I was away. But it did mean a lot of overtime and late nights to catch up after application season. My laptop of five years also died about a week before applications were due, so I ended up dropping $800 on a new machine. During the busiest bits, I had way less time to cook and ended up relying on Seamless and the free food at work far more than usual. I also gave up on my social life and going out with friends, so I’m pretty sure those expenses (ordering takeout and not going out) balanced out. Finally, I had several scholarship interviews, so I justified buying a skirt suit and sheath dress for $120 at a deeply-discounted Banana Republic sale to wear for those occasions.

In choosing my law school, what ended up clinching the decision for me was, unsurprisingly, money. I applied to a high number of schools in order to negotiate scholarships, and I was lucky to end up with several really generous offers. My chosen school generously provided a need-based aid package that covers around two-thirds of my tuition, which means I’m looking at taking on between $120,000 – $150,000 in debt, depending on living costs. It wasn’t the highest scholarship offer I received; what makes the higher debt worth it is my school’s truly incredible public interest loan repayment program. It’s completely independent of the federal loan forgiveness program, and will, over ten years, repay any debt I took on to attend law school (as well as debt from my undergraduate degree).

This was particularly important to me, as someone dead-set on ultimately going into civil rights work. I know I’d be lucky to make a six-figure salary even after a decade as a lawyer in the civil rights field. In my view, though the federal loan program is fantastic — and very much needed — I’m not confident it’ll be around in its current form long enough for me to see my loans forgiven. Attending a school that guarantees they’ll be around to help out with my loans is therefore worth forgoing the higher scholarships I would have gotten elsewhere.

In the long scheme of things though, what this process taught me is that it’s a huge financial privilege to be able to apply — and get in — to law school in the first place. The high costs might account for why minority students, particularly those from low-income backgrounds, continue to be underrepresented in the legal profession, compared to other careers. While I’m proud I was ultimately able to finance my application process by myself and save along the way, it was still a significant financial stretch.

Moreover, I’m also aware that a lot of the money I “saved” in this process is the direct result of access to supportive, privileged networks — a well-resourced college, a workplace that encouraged my law school applications every step of the way, and friends and colleagues who provided mentorship and resources at every point. These were all factors in my ability to achieve a good LSAT score and build a strong application — which then got me fee waivers, admission offers, and ultimately scholarships I wouldn’t have otherwise qualified for. It’s a self-perpetuating cycle of privilege that ultimately makes it harder for people without much to get their foot in the door.

The way I see it, if we want lawyers and judges in our system who actually represent the diversity of the United States, rethinking the cost of the application process to law school (never mind the cost of law school itself) is a crucial consideration.