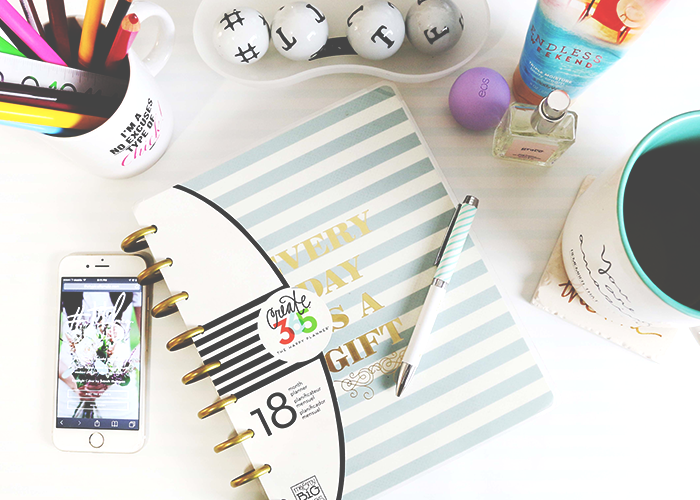 And while there are obviously a lot of people who are clearly in the wrong profession or at the wrong employer, and we address that a lot on TFD, there is a big grey area of people who are just… not actively fulfilled by their jobs all the time. They sit at their desk, dream about being on some sort of Tuscan vineyard, and imagine that there is a life they should be living that is slowly wasting away, dripping like the grains of sand in one of those sand-clocks.

But here’s the thing about that level of unfulfillment: that’s pretty much the case for everyone, at least at some points during the day, or during their career. There is almost literally no one who feels constantly on-point at work, and is never dreaming about what it’d be like to go off the grid and start a new life as a poet in Argentina. (Or, okay, there are people who are that hardcore-into their jobs, but those people are constantly writing cloying Medium articles about how to be more like them, so we know who they are.) Not feeling totally happy at your job all the time does not make you special in any way, nor does it mean that your job is the wrong one for you, or that you should quit it to spend your 20s Eating, Praying, and Loving across the European continent.

And this is something that actively holds a lot of us back from making the choices that are best for us long-term, and leaves us lusting after an all-or-nothing approach that makes “slog it out and waste your life” and “fuck it all and run away” mutually exclusive. The thing is that, yes, there are going to be days that you are standing on the subway, face in someone’s armpit on the way to an 8 AM meeting you don’t want to go to, and you’re going to feel like a failure for not having the backbone to cut it all off then and there. But the thing is, you will have those moments no matter what your job is, and this is coming from someone who is a writer, entrepreneur, and all around job-lover — and who had that exact armpitty subway ride only a week ago.

Knowing a lot of women who have what one would easily perceive or categorize as a “dream job” — creative, lots of autonomy, surrounded by the people you choose to surround yourself with — I feel confident in confirming that literally any job sucks at certain times. There is a tedium to any job, times when you’re doing boring shit you don’t want to do, or answering to people you’d rather not deal with. The first few years of any job blow, and if you consider your “dream job” to be one in which you’re working for yourself (as many people do), I can assure you that those first few years are harder than at almost any other job, because you probably will barely make any money for the first year or so. (Lol!)

There are aspects of jobs that are important to consider when deciding if it’s something right for you long term, and most of them involve things that are not going to be a reality in your first few years (which is when the Millenial Follow Your Dreams Machine is churning at its hardest). The autonomy, vision, excitement, and growth that most people would want out of an ideal career are things that come with time, no matter what you’re doing. And even your day-to-day job is going to be filled with at least some grunt work, no matter what level you’re at.

Look, it’s hard for everyone to deal with things like low wages, student loans, borderline-insulting tasks, and long hours. Everyone questions every life decision they’ve ever made when you’re in the middle of a soul-sucking commute, surrounded by people you’d like to scream at for being rude and/or coughing on you directly. These things are universal, and in fact, often cloud what is really to like or dislike about the work itself. Maybe you need a better commute? Or you need to change your habits for when you wake up and go to bed? Maybe you need to set better boundaries about how you make yourself available, or learn to advocate for yourself more about your accomplishments?

There are a lot of valid and productive questions to ask oneself before you hop on a one-way ticket with nothing but a passport and a Moleskin. And they may not be sexy or feel immediately gratifying, but they stand a very good chance of allowing you to find a balance that is neither “utter fulfillment” nor “unemployment.” Because the perfect job we are chasing, and hating ourselves in the meantime for not having, probably doesn’t exist. It may exist in fragments, or at certain times of the day, or when we’re working really hard on a specific project that we love.

But there is always going to be a bit of that frustration in your professional life, and it doesn’t mean that you’re wasting your life in the wrong career. At the end of the day, even a dream job is still a job — with its own set of perks and drawbacks — and there’s no way of escaping the universal social contract of “do something useful for society, and you will be compensated for it.” (Unless you have a trust fund, in which case, boo! hiss! Away with you!)

Chasing your dreams is a slow thing we need to chip away at every day, and adapt to as mild irritants like life and reality get in our way. Nothing is going to feel “perfect,” especially not all the time. But that’s no reason to throw it away.