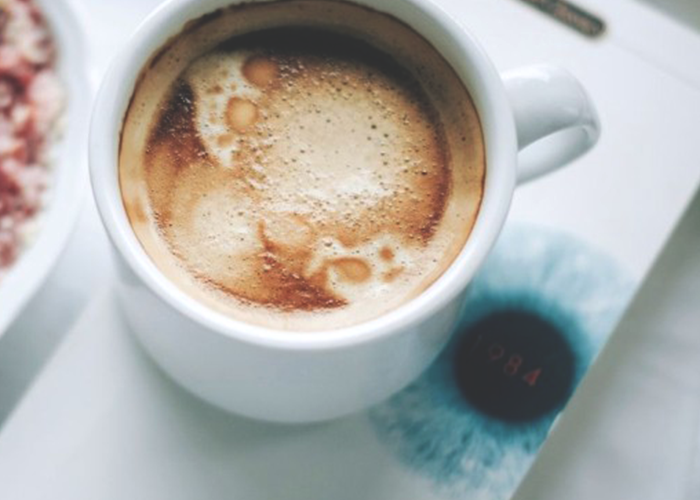 As someone who has experienced a fair amount of career changes in the last two years, I think it’s very important to have a basic understanding of Career Warning Signs. In all honesty, when I started out in the professional world, I had a lot of trouble understanding whether my feelings of dissatisfaction were normal, or whether they were indicative of the fact that I wasn’t on the right career path. Similarly, I was unsure of how other people were scoring better jobs than I was, or were qualifying for promotions more quickly than I was. There are so many job questions that go unanswered, and muddled career decisions that we choose to ignore, because we aren’t sure what our next steps should be.

I’ve been collaborating with Tania MacDonald to answer a couple of these questions. Tania has over 10 years of experience in the HR world, and she was kind enough to answer my questions (even though she just recently gave birth to her second child and is now back at work full-time). In this piece, we’ll be discussing the signs that you’re on the wrong career path, and we will be doing a follow-up piece next week about what’s really holding you back from getting a promotion.

While each of these points could be a sign that you’re not on the right career path, Tania brought up an important caveat: it’s crucial to understand the root cause of why you’re experiencing each of these signs. She says, “I think I’ve experienced every one of these bullet points, sometimes on a regular basis. The twist is knowing the difference between when your job truly isn’t meeting your expectations, and when you’re being a petulant child because you woke up on the wrong side of the bed, or were late to work and didn’t get the chance to make coffee

. There is a big difference between truly being on the wrong path and just having bad days that dull your sparkle.”

If you’re experiencing any one of these signs, make sure you ask yourself “why?” Are you just going through a particularly grueling time at work, or are these symptoms part of a bigger problem? Here are 10 important signs you might be on the wrong career path (from an HR expert):

1. You focus on “extras” at work to get you through the day.
Tania stressed that if you’re always looking ahead to a future bonus, a conference, a milestone anniversary, or a sales team trip, it says something about your happiness on a day-to-day basis. Work perks aren’t the only reason to hold down a job. While, yes, it is important to see your job in the long term, if you’re focusing on the big picture because the actual work drives you insane, that’s an issue.

2. Negativity.
Specifically, in Tania’s words, when “you address every situation with a negative attitude and try to convince yourself that you are ‘just playing devil’s advocate.’ Once you’ve reached this point, you’re using negativity as an excuse to be passive aggressive… and others know it.”

If you’re negative about all of your work, you might find that your productivity is slipping, too. Negativity can be one of the main reasons you’re having trouble finding motivation to complete daily tasks at work.

3. You are unable to stop talking about work, and you constantly complain about your job after you’ve left the office.
Tania points out that if your dissatisfaction is all your friends hear about, it’s abundantly clear that your situation isn’t working. Honestly, there isn’t a way to spin this in a positive light. If you’re complaining about something that you could work out by confronting the problem at work, then it’s probably just a circumstantial issue. But if you’re complaining because you dislike the work, or because you’re working hard but don’t actually have an end goal, that points to an overarching career issue.

4. You are not giving your best.
Tania defines this as, “When ‘getting it done’ has replaced ‘taking pride in your work.'” Be honest: are you phoning it in at work? Be even more honest: why are you half-assing it? Are you overworked, or do you feel like your work doesn’t deserve all of your attention because you dislike the nature of your current career?

5. You burn out easily because of the work you’re doing.
Personally, I think it’s much easier to burn out doing work you hate than completing tasks you’re excited about. This doesn’t mean you can’t burn out while working at your dream job. But if your exhaustion stems from the fact that your career fails to inspire you, it might be time to figure out what would inspire you and energize you enough to want to complete your work.

6. You had incorrect or inflated expectations about your new career, and your job doesn’t meet those expectations.
This is definitely the trap I fell into as a new post-grad. Even with several internships under my belt, I don’t think I fully realized what I was getting into when I got my first “career job.” The entry-level lifestyle is sold to newly-graduated 22-year-olds as #livingthedream, but often fails to meet expectations. If you love your industry, and could see yourself one day doing your boss’s job, then it may be worth it to stick it out. But if you realize that the trajectory unfolding in front of you isn’t appealing, it’s better to speak up sooner rather than later.

7. You don’t feel a greater sense of purpose at your job.
Ask yourself these three questions: do you believe in the work you do? Do you believe in the mission of your company? Does your chosen industry’s contribution to the world excite you? Your job doesn’t necessarily have to seem purposeful to your family, your friends, or even to the public. But you must be able to see the long-term purpose in your career path.

8. You spend a lot of time thinking about escape routes, or different jobs you could do but aren’t chasing after.
On this point, Tania says: “It is never easy when you realize you are on the wrong career path. If you’ve already realized it, and have put yourself through a rigorous test to ensure you aren’t just having a string of bad days, or allowing outside factors to influence your work self, then it’s time to start acting. Don’t let your fear of the unknown keep you from moving forward. Do your job and do it well, but realize that you now also have a part-time job: looking for a new opportunity.”

9. You stay at your job for the security, even though your current career often makes you feel stuck. When I decided to change careers, a turning point for me was realizing that I was still at my job because a) I didn’t want unexplained gaps in my resumé, and b) I needed the health insurance. At that point, I knew I didn’t want my job to become my career. When I asked myself why I was still there, “good benefits” was often the only answer I could come up with. It was a clear indicator that I was not as attached to my so-called career as I was to my dental insurance. (Though, it should be noted that keeping your job for security until you find another one is not a bad idea.)

10. You constantly worry about what will come next because you know you don’t want to follow your current career trajectory.
If you’re trying to figure out your next steps, Tania has some advice: “Before you make ANY moves, it is very important to stop and breathe. Career transitions should be taken deliberately and slowly. Write down what you love about your job and what you hate. Write down where you excel and what you would like to work on. If you feel comfortable, have a conversation with your boss. This could be the first conversation of your new work life, or the conversation that confirms for you that you are on the wrong career path. Ask your boss for feedback. If you don’t get it, (gently) demand it.

If you are unable to get direction or feedback from your boss, you may even want to consider talking to a trusted HR partner, or a mentor. Then, look at opportunities within your own company that you might be better suited for. If that’s a dead end, or your career change requires a more dramatic shift, start to focus on searching for a new opportunity. Take it seriously. Understand where you want to be, and try to hone in on opportunities that will get you closer to your goal. Remember that your dream job may not be your next job, but you need to make sure the next job you take aligns with your dream job. And try not to take a job out of emotional desperation, or you’ll just be looking again in six months.”