Stop Taking Pride In Not Knowing How To Do Basic Shit 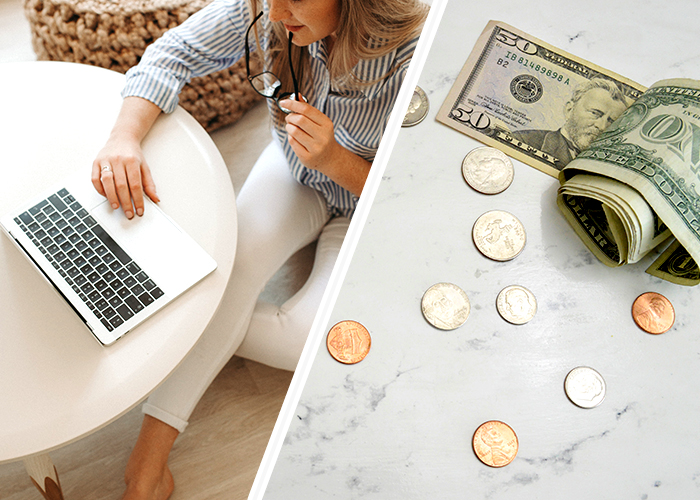 I don’t know how to do a lot of basic shit. I can only barely use a cordless power drill

, and most baked goods I attempt come out with a texture somewhere between sand and the compressed wood chip material inside an IKEA end table. I still struggle with understanding a lot of financial concepts, and the minor repairs I’ve made on tears in my clothing end up looking like an offensive hobo Halloween costume. I’ve literally missed out on packages I was excited about being delivered because I was too lazy to go to the post office in another borough. I’m bad at a lot of stuff, and a lot of basic elements of being a ~functional adult

~ still escape me, and I know that.

But the key here is that I’m ashamed of those things, because that should be the baseline human response for not mastering ultra-basic shit out of a mixture of laziness, fear, and procrastination. I don’t think it’s Carrie Bradshaw-chic when I order takeout several nights in a row, I think it’s an embarrassing waste of money. I don’t think that it’s just me being my quirky ol’ millennial self when I neglect to make doctor’s appointments for years on end, I think it’s dangerous and stupid. It’s not “adulting” to be able to create and stick to a budget or change a smoke detector battery, it’s “what people do because we all have to live life and exist in the world as something other than really tall toddlers.”

And I get that no one is going to be great at everything right away, or that many of us may not have grown up learning these skills, but goddamn. It should not be a source of Zooey Deschanel-esque pride to be wobbling through life with an oversized lollipop in one hand and an iPhone in the other, unsure of how to open a checking account. Taking pride in not knowing how to do basic shit, or feeling like “owning” your chaotic, inefficient, money-wasting habits excuses them, is why out-of-touch Olds writing condescending articles about millennials occasionally have a point. We may have come of age in a decimated economy, but that doesn’t mean we should suddenly feel like it’s chic to still be struggling with basic shit at 30.

It’s become this weird cultural phenomenon where, because many of us don’t cross the traditional markers of “adulthood” in our 20s, it’s somehow cool to flail in the other direction while our belt-less pants fall down around our ankles. I know I definitely used to feel this way, which is part of why I started TFD all that time ago, because I would jokingly make comments to friends about how I had enough money to retire if I died at the end of the month, or how I was “incapable” of following recipes so I accepted that most of my baked goods would go directly into the trash. I turned my most self-defeating patterns into jokes, because that felt easier than actually dealing with them, and besides, who gave a shit? My parents were married, homeowning parents by 27, and clearly none of that stuff was in the cards for me on that timetable, so I could just continue to be an Amy Schumer character until at least my early 30s.

And what did I think would happen then? Did I think I was just going to wake up one morning and suddenly take everything really seriously? Was there going to be a day where I popped up, naturally, at 6:30 AM, had a light breakfast in my well-appointed and sparkling-clean kitchen, then hit my reasonably-priced gym for a morning workout to invigorate me for a day at my job (which I was passionate about but which did not dominate my life)? I think honestly, on some level, I thought that way.

I think I imagined there was just this Adult Pixie Dust (it maybe looked like glitter in some tasteful, neutral color palette), that was sprinkled over you in your sleep some time in your late 20s/early 30s, that magically changed everything and taught you how to do things like negotiate a salary or wear heels on city streets without destroying them on subway grates. The point is, I thought these things would just manifest in Future Chelsea, and Present Chelsea did not have to deal with it, and could keep getting day-tipsy at expensive brunches and wander around Duane Reade wobbily looking for Q-tips

This is ridiculous, and frankly offensive to ourselves, and is in many ways my least favorite part of ~social media culture~. It’s considered adorable and relatable to talk about how “Whoops just spent the rest of my paycheck on a bottle of champagne and pizza, which I’m eating in the dark because I can’t change a lightbulb, while watching a Netflix show on an account I share with seven people, which I have turned up all the way because my smoke alarm has been beeping for the last three months.” Frankly, without at least a sprinkling of embarrassed self-awareness, that kind of talk should be considered vaguely worrisome, not a rallying cry to be like ‘SAME SLORE I LIVE LIKE AN AMISH PERSON THE FIRST WEEK OF EVERY MONTH BECAUSE I FORGET TO PAY MY ELECTRICITY BILL.’

I don’t care that many people our age don’t know how to do basic shit that our parents probably had mastered their first year post-school — I definitely have many things left to master myself — but I care that our response to this is some weird, enabling collective pride, and not embarrassment and frank eagerness to fix the issue. We should be celebrating when we figure these things out, and talking openly about how to get better, not bathing in our shortcomings in an effort to avoid the reality of growing up.

We’ve all been over to a dude’s house who lives like a straight-up raccoon despite being nearly 30, bare-bones furniture and empty walls and nothing in the fridge but beer, old pizza, and a crusty bottle of ketchup. We rightfully judge that dude, and think how embarrassing it is that he essentially can’t care for himself unless his mother is micro-managing him. So why do we not extend that critical eye to ourselves? Just because we aren’t necessarily using the same unwashed towel for months on end doesn’t mean we should excuse the fact that we put our clean laundry in a pile on the designated “laundry chair” which essentially serves as a dresser.

We don’t need to be perfect, but we need to stop thinking that being a mess is quirky or cute, because it is not. We should strive to be the person that other people say “Damn, they have their shit together” about, because that is one of the highest compliments we can be paid. And as long as it is within our mental and physical capacities to be doing these things, we have no excuse other than our own laziness, really, and that’s something we should definitely not be taking pride in. “Being an adult” isn’t some really prestigious title we have to be intimidated about, it’s literally what we all are, whether we like it or not. The question is whether you are a cool, collected adult whose life is not constantly on fire, or whether you’re a Carrie Bradshaw, who literally had to go visit her ex-boyfriend at work to ask for money to not be evicted because she bought too many statement accessories.

Choose wisely, and don’t take pride in being the latter.