The Stupid-Easy Way I Trick Myself Into Spending Less Money 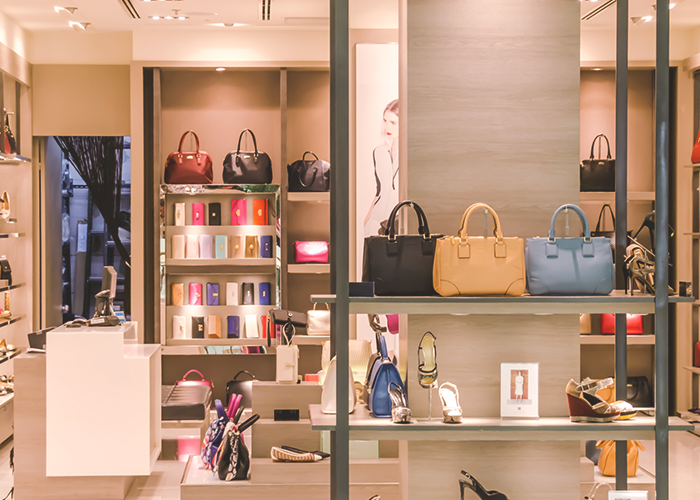 As you may or may not know by now, I have been righting the ways of my past life in Over-Spend City, and have sort of become a queen of balance transfer cards. I used to frequently swipe my charge card without first checking the balance, so even if I never bought something that I “couldn’t afford,” all my small purchases eventually added up to more than one balance that I just couldn’t pay off in time. So now, though I’ve gotten significantly better about the way I use credit cards, I also have those remaining balances to pay off to remind myself that I’m not off the hook just yet.

I’m actually a big fan of credit cards; when used responsibly, they have tons of benefits that one would be silly not to take advantage of. (Of course, the trick, in my opinion, is to treat a credit card like the money you have now, not money you’re guaranteed to have in the future.) Rewards points are great — I don’t think of them as “free money,” the way some people do, because they’re not something you can put in a savings account. They work more like a revolving door of gift card dollars that you can use at the specific retailers your credit card company has signed off on.

So when I first learned about all the points I could accrue from just using my charge card, I decided to save them up for a big purchase I would have had to make anyway. My boyfriend and I were going to Maryland for a wedding, so I decided to use my points to redeem a $100 Amtrak gift card that would cover a significant portion of each of our tickets. We ended up spending less on our train ride than we would have on bus tickets, which is wonderful, because I personally think trains are worth the extra cost in the first place.

Of course, there ended up being a few downsides: it was a mail-only hard copy of a gift certificate, not a digital one like I assumed it would be, and we had to physically go to the blister that is Manhattan’s Penn Station in order to redeem it (and by “we,” I mean Peter). Also, the Amtrak clerk literally just punched in the number on the gift certificate to apply it to our ticket order, making it even more of a nuisance than it was to being with, because why on earth does Amtrak not have their shit together enough for us to be able to do that online? I certainly don’t think this was a bad use of my points, but it was definitely a hassle.

I soon decided to start using it to purchase things I normally wouldn’t spend money on, but that I perhaps wanted to try out. Because my card has points you can very easily apply to Amazon purchases, I started using them mainly to buy books and cosmetics. I love having books around me, but I’m not the world’s most frequent reader by any means. I already have plenty in my possession, plus the entire New York Public Library Catalog at my disposal. I can’t tell you how many books I’ve bought over the years and never actually ended up reading, but that are still sitting on my shelves because dammit, I just can’t quit the idea of being a ~reader~. Sometime in the past year, I put a moratorium on my book-buying habit, which has been overall a good thing for my wallet. So when I started buying books with points, they felt like a well-deserved treat that I wasn’t actually paying for.

Regarding makeup: I have the same no-frills routine every day, and I rarely switch it up. I use a pressed powder foundation

, blush, and mascara, and occasionally add black eyeliner. I change it up with my lip color — I have about a dozen drugstore kinds I use (my favorite being e.l.f.

) and a few fancier ones I’ve received as gifts, and I always find that those are worth my money. But unlike lip color, which I wear every day, I have almost no reason to buy any other makeup items other than my basics. I can’t consistently draw on a good cat eye to save my life, and whenever I decide to wear heavy eye makeup, my eyes just end up watering for the whole day. Primers help a little bit, but mostly, I don’t feel like dedicating much time to my makeup on a day-to-day basis. So even though I didn’t *technically* pay for the cobalt blue eyeliner (lol) and bright eyeshadow pallet I got with points, having them in my possession still feels like a waste.

I started realizing that if the purpose of credit card points is to help me acquire a bunch of crap I wasn’t ever going to get much use out of, I was probably better off without them. At some point, it just clicked: I could start using them for things I would buy anyway. But instead of bigger purchases, like train tickets, I could use them for small things I would need on a more regular basis — the makeup items I actually use, dry shampoo, deodorant, bobby pins, moisturizer

Some people are super diligent about their monthly spending on beauty and toiletries, which is awesome. I am not one of those people. I have always pretty much depended on just being able to cover those things when I needed to buy them, or including them in what I spend on groceries for the week. By deferring to (mostly) my credit card points to pay for them, I can essentially eliminate that extra spending that I never included in my budget, anyway. This habit hasn’t affected my budget in the slightest — I don’t spend more on other things because I’m now using a different method to pay for some small essentials. And this way, I’m less likely to splurge on the total non-essentials that I was using points for before, because I already wasn’t usually willing to spend my “real” money on them.

There’s obviously no right or wrong way to use credit card points — Mary saves them up and uses them to do Christmas shopping, which is kind of genius. This works for me, because it helps me cut down on my spending (and take full advantage of that sweet, sweet Amazon Prime free two-day shipping), but without much of an effort on my part. If you have a different way of using points that works for you, I’d love to hear about it!