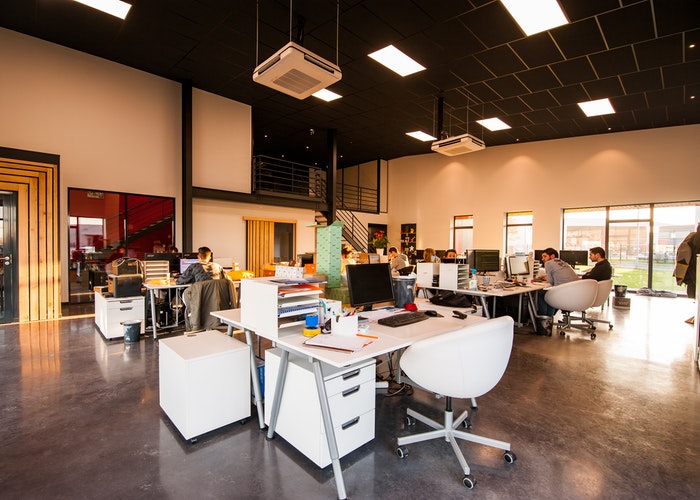 Earlier this month, our social media feeds were a bottomless pit of black squares and “muted” pledges of allegiances to amplify Black voices with #BlackoutTuesday. The trending hashtag was a collective action to protest racism and police brutality. While the movement was created by industry executives Brianna Agyemang and Jamila Thomas specifically for the music world, it quickly became a sweeping social media moment and was met with mixed skepticism.

Though #BlackoutTuesday seemed to attract a divide among spectators, it ultimately empowered many people of all backgrounds to beg their employers, what have you done for me lately? In the last two weeks, many notable brands have been called-out or asked to step up. As a result, lengthy posts have been written and hopeful goals to diversify the workplace have been promised. As if, during an election year no less, we needed any more pandering from top-level executives. (Here’s looking at you, Nancy Pelosi.)

If there was ever a time when employees had the power to command change, it is right now as companies clench their cheeks and try not to get boycotted.

If there was ever a time when employees had the power to command change, it is right now as companies clench their cheeks and try not to get boycotted. Within the abyss of demands to make and questions to ask — and there are many — challenging leaders to disclose their action plans and corporate ammunition for systematic change is a soft launching pad toward the right direction. Whether as a mighty group in your next team meeting, solo in your upcoming performance review, or in a letter to your C-suite advisors, consider asking your employer the following questions.

How are we showing up for current workers?

Many of the changes being made appear to only have a generation of future — not current — employees in mind. On a pragmatic level, this makes sense. After all, most companies are looking to contribute to a better tomorrow, subconsciously waving a white flag of defeat on the present day. However, there’s a larger population of employees who have in some way, shape, or form been neglected and disadvantaged due to the system currently in place. And let’s be real, while it’s unlikely HR is ever going to cut a reparation check, policy change within an organization is possible.

Policy change will look different at every company depending on where their policy currently stands. But generally, leaders should examine their policies on family planning, maternal and paternal leave, prerequisites for promotion and internal transfer, and they should take a critical eye to their current employee relations to find any encouraged behavior for bias or exclusion. More so, if they really want to foster inclusivity, they need to think about family planning and fertility for the modern family and consider those looking to adopt and those who need medical intervention to get pregnant. Because it really doesn’t matter if you have a woman on your executive board if your maternity leave is abysmal.

During the annual Culture Summit in San Francisco last year, global D&I leaders from distinguished companies stressed that it’s not enough to be a “good manager” with “good metrics”; one needs to be a leader fostering change. As a result, during employee performance reviews, companies should look at an employee’s efforts to support initiatives, promote other team members, and foster diversity and inclusion.

Finally, and arguably the most obvious, programming is a great avenue to demonstrate support, solidarity, and allow employees of underrepresented groups to occupy space. Programming might look like diversity training, fireside chats with industry leaders, heritage celebrations, and cultivating new company traditions and holidays. When working in tech, I felt a greater sense of purpose with our mentorship program and diversity board because it was led by executives. It was important to see a C-level leader in the room, asking us questions, and delivering results based on our feedback. Company executives should think about how they’re keeping leadership, executives, and managers accountable, and not leaving human resources or the VP of Diversity to “figure it out.”

How are we showing up for our future employees?

Many companies are now scouting for new talent at historically-Black colleges and universities (HBCUs) to recruit more BIPOC employees. And yes, these steps are overdue and should be taken, but not out of fear. That kind of mentality is what led us to corporate tokenism and belated acts of solidarity. True change and comradery come with understanding the power that comes with an inclusive workplace.

These connections need to be humble, honest, and ongoing. Frankly, I don’t need to see a photo of the CEO at Howard University once a year, while that same company supports the private predominantly-white institution (PWI) every game day on Instagram.

It’s not enough to show up. Immerse yourself within our communities when you have nothing to gain but experience, education, and a good time.

There should be a thoughtful discussion around where to show up online for future employees, too. More brands should expand their networks past the expected social media channels like LinkedIn and sponsored Instagram posts. Black media reaches a world of talented professionals, thought-provoking commentators, and culture curators. Your company should be breaking their latest news to Black media first. Our platforms should not be an afterthought.

How are we showing up for our consumers and communities?

Countless brands are quick to pander, change their logo certain months of the year, or even participate as a sponsor for a walk-a-thon, but then they aren’t actively socially responsible on a micro-level. Part of “standing with us” means to stand with us — literally. Companies think showing-up is missionary work and subsequently adopts a white savior complex, only perpetuating the disconnect between them and their consumers.

Lack of proximity is a contributing factor to the myriad of tone-deaf attempts to connect or “appeal to a Black audience” in cringey commercial spots. And while most companies attempt to remedy this problem with their hiring efforts, there are other opportunities for resolution.

Instead of donating thousands of dollars to a fund or slapping your logo on the next step-and-repeat for a lavish ball for inner-city children, I’d like to see companies more involved with city chapters dedicated to smaller communities within the city. Further, I’d love to see companies get involved with local-level politics and rallies, keeping tabs on the legislature that impacts their own consumers.

Finally, an encouraging next step would be companies hosting more internships and career-focused mentorship programs, paving a path for those who can’t rely on nepotism as a fall-back option after graduation.

Rest assured, nearly all employee policies, recruiting efforts, and budget distribution can be improved to better serve the company’s employees. Would it cost the company more money? Probably. Would it cut down on year-over-year productivity? Perhaps. Is the company aware of its capabilities but actively choosing to do nothing? Don’t, even for a minute, doubt it. Capitalism pays leaders to turn a blind eye and keep their lips sealed.

Do not think speaking up for your fellow peers is something best, or exclusively, reserved for employee resource groups or senior leaders. The most powerful tools employees have at this moment is a voice and power in numbers.