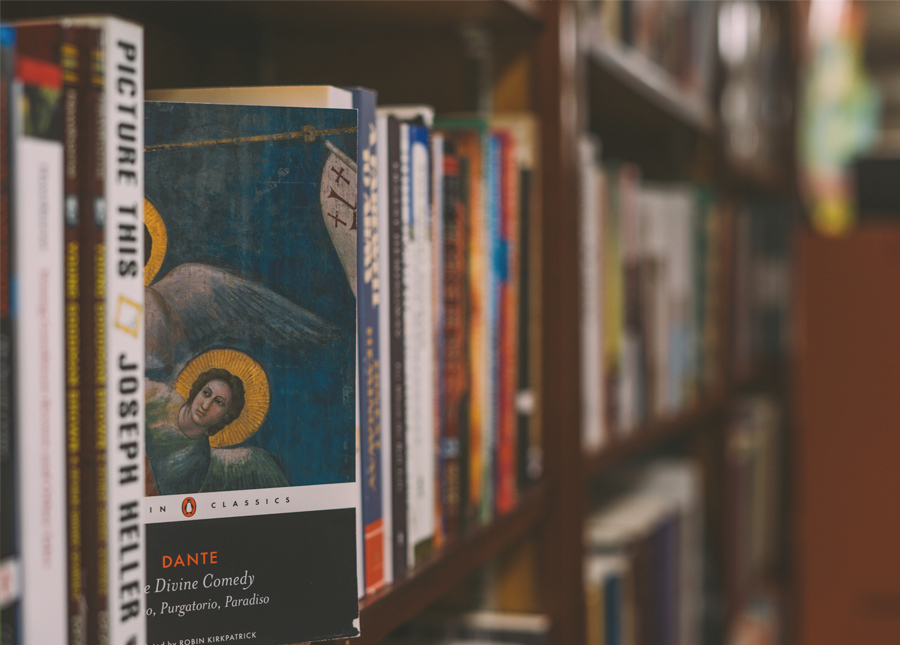 This post is part of a new series called The Best Investment I Ever Made — click here to read more!

When I graduated from University and had the usual “What am I going to do with the rest of my life?” crisis, I was pulled into quite an unexpected career path by Barack Obama’s mother. In 2011, A Singular Woman was published in the U.K., I devoured it — and it changed the course of my life. I was so inspired by Stanley Ann Dunham, by her strength and her integrity, and I was very curious about her choice to spend most of her life in such remote parts of the world. My incessant “What should I do, what should I do?” question was finally answered: “You should do what she did and go abroad.”

After starting an application to join the Peace Corps, I had a conversation with a Jordanian woman about working in the gulf. She quite casually told me I should go and live in Oman because it would suit my personality. I did some research on the culture and political climate, and although the surrounding countries (Yemen, Iran, Saudi Arabia) had quite hostile political climates, Oman had an interesting independent history. I was most intrigued by the fact that women were being encouraged to join the workforce, education was mandatory for all citizens, and if young Omanis worked hard enough, they were allowed to study abroad at any University in the world that they got into and everything would be paid for by the government.

Moving to Oman became a possibility because a company in England was looking for college lecturers, and I had started an email dialogue with them for several weeks. One day, I received an email from them saying one of their lecturers had to leave soon, and asking if I would consider interviewing for his position. I had very little experience, but as a recent graduate, I was familiar with the academic software the school used, so there was a chance that would work in my favor.

The company sent me a 50-page document all about the history of Oman and behavioral customs and traditions, and I studied it like I was taking the bar exam. I had a telephone interview with the Dean of the University and his translator, in which I was asked how I would respond to various workplace scenarios while remaining culturally sensitive. I found out later that the Dean absolutely loved me, and I was given a conditional offer for the position. I would be living in a small town close to the border of the UAE and finishing the previous lecturer’s year-long contract with the option of being offered a more permanent government contract if I made a good impression. Two weeks later, I was officially offered the job, and an Emirates plane ticket was sent to my inbox.

I had never heard of the term “impostor syndrome” before, but I suffered from it the moment I started at my new job. I was only 23, the youngest teacher in the staff room by about ten years, and I had to learn how to function in a college teaching environment with almost no experience. I had left school with a very low opinion of myself — that there was something inherently wrong with the way I learned, thought, and worked. If a teacher didn’t like me or thought I was stupid, I accepted and internalized their criticism — they were the authority figure and therefore must have been right. I would frequently start a conversation with “sorry” or “I’m not very clever, but.”

Some of my friends from University had gotten jobs in the UAE working for banks or airlines, so I would spend my weekends traveling up to see them and indulging in the western luxury of watching a film at the cinema, eating sushi, or having a latte in Café Nero. During the working week, however, I lived in a very traditional Arab town, and my company had put me in a lovely villa surrounded by Omani families. I loved how friendly my neighbors were; even though they didn’t speak much English, they always wanted to invite me over to their houses. Families spending time sitting together in the living room for hours was a big part of the family culture, and I was drawn into their world by their genuine concern that I was so far away from my family and that they were more than happy to lend theirs.

It was around this time that I saw a poster on one of the notice boards for a new international school that had just opened close to my college. They offered Arabic lessons to American college students who would stay in Oman for several months and become immersed in the language. I paid them a visit, and they told me they also offered evening classes for foreign teachers. I decided to enroll because although the younger Omanis I knew spoke excellent English, I was unable to communicate with my older neighbors who hadn’t attended school and spoke only Arabic. Of course, my impostor syndrome immediately kicked in during my first class — learning Arabic was surely something that someone like me couldn’t do. Maybe other girls who were clever and got into better colleges or were good at Maths or Sciences, but someone like me wouldn’t be able to learn one of the most difficult languages in the world.

The first month was awful. Learning the alphabet alone took me at least a month, with all the different letters changing depending on whether they were placed in the beginning, middle or end of a word. Every day I would come home from work, learn Arabic for three hours, do my Arabic homework, and collapse into bed at midnight feeling like an exhausted, useless failure. Then one day, as I was waiting in line at the bank, I looked out of the window at a building on the opposite side of the road. The Arabic sign that had previously just been squiggles to me shifted in my brain. I read the word and sounded it out in my mind. In that month, in the mental space taken up by every teacher who thought I was useless and lazy and incapable opened up — my brain had rewired itself, and I could read Arabic. I could read Arabic. In what world could someone like me read Arabic?!

I was completely hooked at that point, so I kept attending. I bought vocabulary books, practiced calligraphy, and started having conversations with my neighbors in Arabic. Very few of the expatriates I worked with had bothered to try learning the language because it was too difficult, and yet I was managing. Even the Dean heard that I was learning and started coming to talk to me without his translator. My notion of otherness was dissolving, and I was surprised to discover how much I underestimated myself. Being useless and learning Arabic are two quite contradictory things, and as I progressed through my course, I felt my preconceptions of my ability and potential dissolving.

At the end of the school year, the Dean wrote a recommendation for me, and I was offered a more permanent two-year contract with the government. Throughout my time in Oman, I carried on with my classes and eventually managed to read, write and speak Arabic at an intermediate level. I still consider it to be one of my greatest achievements and am more proud of it than my degree. Over the course of two years, I paid about $150 per term, including my classes and textbooks. I would also have American Teachers who worked at the Arabic school sublet my empty apartment over the summer when I was back in the U.K., which gave me a $350 discount per year.

In total, I estimate that I spent around $500-600 on my Arabic classes and other resources, which was helped massively by living in an Arabic speaking country at the time, meaning I could practice with my neighbors. It was an overwhelmingly positive step in my professional development — not only because it looks great on a CV, but it helped me to control my impostor syndrome and turn the negative self-talk down a few notches. That $500 bought me the quite logical, rational voice in my head. It pops up during moments of crisis or self-doubt, reminding me, “Oh come on you’re smarter than you think, you learned Arabic!”

Phoebe Prentice-Terry is a writer, teacher, and survivor of David Cameron’s various experiments in human misery. She likes Gin and Tonics, French skincare products, and is most proud of her collection of Wolford bodysuits.