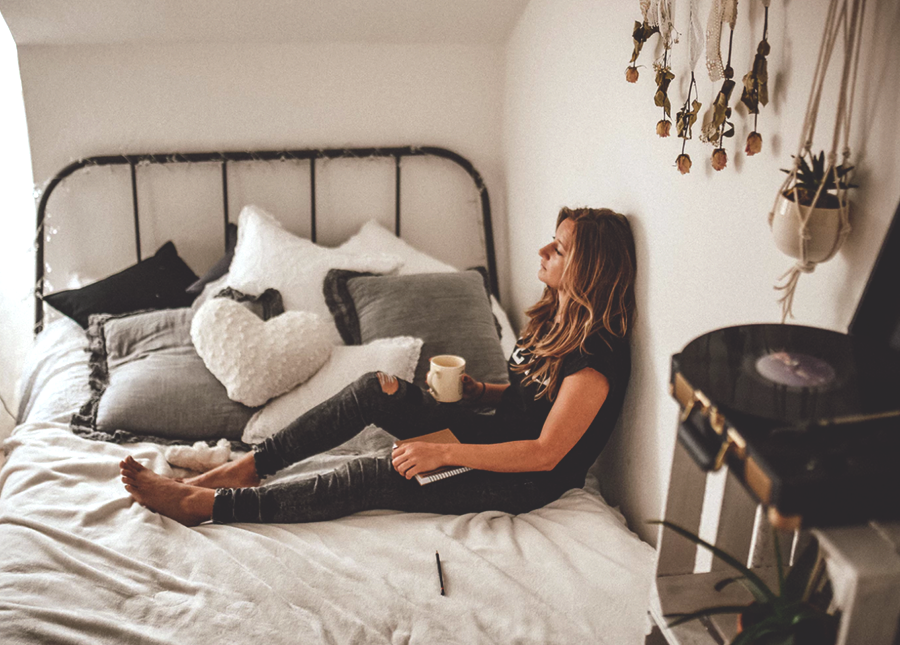 Everyone who considers themselves to be “good with money” will prepare for some imagined worst-case-scenario: a job loss, a major car repair, a health scare, etc. This is an important way to protect your finances from an unexpected catastrophe. But what if you’re faced with a situation so life-altering your finances have no hope of recovering?
This sounds dramatic, but almost 25 years ago, my family faced such a situation. After months of struggle, my dad was diagnosed with a mental illness that forced him to leave his job. My stay-at-home mom returned to work as a server in what was supposed to be a temporary survival job, but never ended up leaving. From that point on, my parents cobbled together an income from my dad’s monthly disability benefits, my mom’s wages, and tips.
At age five, I was too young to fully comprehend the dramatic income downgrade we experienced. I just noticed my mom started going to work and my dad stayed home. I didn’t know what it meant to not live without. At first, I didn’t know what I was missing out on by being poor. When I grew older, I became painfully aware of money’s power and our lack of it.
Living on insecure income that my parents weren’t in control of was a constant stressor that affected every aspect of our lives, like an extra unwelcome guest we could never get rid of. The message was clear: money was a Big Scary Deal and something to be feared rather than controlled, saved, or used to your advantage. It took years to unlearn some of the damaging money lessons my parents inadvertently taught me, but I still see poverty’s effect on some of my behaviors. Here are some big and small ways that living in poverty affects my relationship with money to this day.

My spending vacillates between extreme frugality and excess with whiplash speed.
I often willingly walk an extra ten minutes out of my way to use an ATM that won’t charge me a fee right before ordering a $14 cocktail without hesitation, proclaiming “I deserve this!” while slamming my credit card on the counter. I’ve been known to set arbitrary rules for myself that determine what is worth splurging on and what I can do without. Sometimes I can’t even keep track of them.
My concept of “rich” is another’s “average.”
When I was growing up, in my mind, if a family had more than one income and a car newer than 20 years old, they were “rich.” Summer camps and convenience foods may as well have been reserved for trust-funders. I’ve since learned this is a pretty low bar, but I’m still often reminded that my perspective is a tad warped. For example, the other day, my boyfriend and I were watching House Hunters and engaging in our favorite hobbies: him, judging the properties’ lack of double sinks in the ensuite bathroom and me, scoffing at the “rich people” who turn up their noses at subpar finishings in potential vacation homes.
“They’re not rich,” my boyfriend said.
Oh, sweet, privileged love of my life. To me, purchasing a second home that isn’t on wheels means you’re doing pretty well.
Everyday things feel like luxury items.
Fresh fruits and vegetables. A fully-stocked pantry and fridge. Extra money set aside for a vacation. The $20 bill I keep in my wallet just in case. Sometimes I think I acquire these things just for the satisfaction of looking at them. If you need help stocking your disaster pantry, I’m your girl.

My idea of a financial emergency is forever distorted.
Due to a combined lack of financial literacy and sheer unawareness, I didn’t have a dedicated emergency fund saved until around age 26. Seriously. Of all people, I should have had my eyes wide open to the unforeseen financial catastrophes that can befall someone, right?  This one is harder to explain, but when you’ve already lived through a worst-case scenario, it somehow becomes less scary. “I survived,” I’d tell myself. If I had to, I could do it again. This is obviously an unnecessarily risky way to live, and I’m lucky I didn’t face a major emergency during this time in my life.
I still feel lucky.
Despite an unlikely and financially catastrophic event occurring to my family, it’s still painfully obvious to me how much worse it could have been. I live Canada and had access to public healthcare, subsidized education, and child benefits. My university degree was relatively inexpensive. I have student loans, but the balance is manageable and the interest rate is low. I have a minor disability requiring expensive supplies that I don’t have to pay for. I appear able-bodied.
Today, my income is roughly double what my family of four survived on when I was growing up. Although I’m proud of what I’ve accomplished, I don’t think anyone needs to experience poverty to have grit, perspective, or empathy. Money is no longer scary. Although I know how to live on very little, I hope I never have to again – but even this won’t stop me from topping up my disaster pantry and emergency fund.
Chelsey is a communications professional and grammar enthusiast living in the frozen Canadian north. When she’s not planning her next book to read, she’s probably planning her next trip.