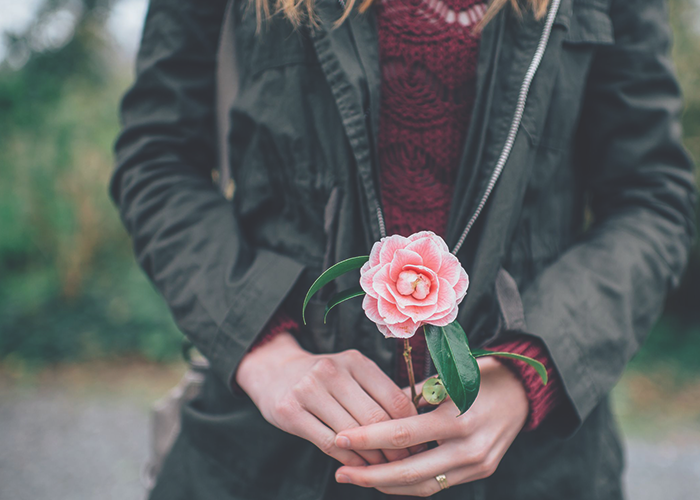 I love presents, both giving and receiving, but last holiday season, I started to find that the financial stress of present giving outweighed the joy of the season. My family celebrates Christmas, and last year, my gift list included my immediate family (my mum, dad and sister), my extended family on mum’s side who we spent Christmas day with, my closest friends, my new boyfriend and a Secret Santa gift for work. That’s twelve presents in total, plus the small gifts I felt obligated to bring to the Christmas parties I was invited to, where I knew the host was going to be handing out goodies, as well as providing festivities. Even though I kept a pretty strict limit on present costs, I was still looking at a hefty sum that was going to really unbalance my budget.

When family members would ask me what I wanted for Christmas, I was too tempted to blurt out, “The money I spent on you, back in my bank account.” There weren’t a lot of things I needed or wanted for myself, except to not have to dip into my (unfortunately) scant savings to celebrate the season. What I really wanted for Christmas was to start January without feeling bad that I had spent so much. In the end, I felt so anxious about the situation that I decided I had to have a series of conversations that made me feel almost equally as anxious, but were honestly necessary.

Why do we feel so bad about suggesting skipping presents? For me, I didn’t want to be the scrooge, nor did I want to look like I didn’t care about the people I would normally give to. I also didn’t want to put a stop to all the fun and loving traditions my family has. But, for my sanity and savings, I knew I had to speak up, and manage expectations for the coming holiday season.

I started with my boyfriend. We had only been dating since November, which meant that by Christmas I’d still be able to count the number of weeks we’d been together on my fingers. To me, the math was simple – no presents necessary. Not only was I still getting to know him and wasn’t sure what to buy for him, but I also didn’t know how to gauge how much we would expect each other to spend. One night I, nervously, bought up the subject and asked if this year we could nix the need for gifts. He agreed, seeing both my logic and my panic, and a weight was lifted from my shoulders.

With this success under my belt, I went to my mother and grandmother with the suggestion that, for extended family, we stop buying individual presents. Instead I suggested a Secret Santa, where each of us would buy only a present for one other family member (with a set dollar amount), as opposed to buying a gift for everyone. This way everyone would get a decent gift, but we’d all save a heap of dough. It was a little too late to implement the idea for Christmas last year, but we decided to use this rule moving forward, and will be doing Secret Santa this year.

The hardest conversation I had was honestly the one I had to have with myself. I’ve always felt obliged to give to anyone who gave to me, and I was quite embarrassed to not have anything prepared to give back, if I was presented with a gift. So, I reasoned with myself, and made a plan for the holiday season. Deep down, I knew that the friends who gave me gifts at Christmas did so out of love and caring, and not because they were keeping tally of what they got in return. If someone gave me an unexpected gift that Christmas, I would say a heartfelt thank you and leave it at that. If they were hurt by my not giving in return, most likely they’d skip the present giving the next year and the whole awkward situation would be forgotten. When I was asked to a party that I knew the host was putting a lot of time and money into, I’d contribute some baked goods, instead of buying them a gift, or an expensive bottle of wine. I would even be interested in bringing the DIY component into Christmas and making something for the host. No longer fearing “obligation gifts” lurking around every corner made my Christmas a whole lot brighter.

It’s been a year since I had these talks, and this year, I am much less anxious about the holidays. I only have five presents to buy this year: parents, my boyfriend (now that I’ve had twelve months to plan), and the family Secret Santa and work Secret Santa recipients, both of which are kept on a tight budget. Over a year ago, my gift list was so long that I felt I couldn’t begin to budget for it, but this year I’ve comfortably put aside some savings to cover Christmas presents, and cutting down on big, extravagant gifts has helped a lot. My sister and best friend have both moved overseas, and with the distance difficulties, we’ve decided not to do gifts. I’ll save the money instead, and use it to hopefully save enough to go visit them.

Changing Christmas to better suit my (and everyone else’s) financial needs felt like a huge deal. But spending money that I didn’t have was an even bigger deal, and I am very appreciative of the fact that my loved ones understand that. Confronting everyone (in a kind, and cheerful way, of course) made me nervous, but it was also very freeing, and — like a truly sappy Christmas story — made me remember what the spirit of the season is all about.

Lauren Sherritt is a playwright, director and freelance writer from Brisbane, Australia. She is on Instagram.