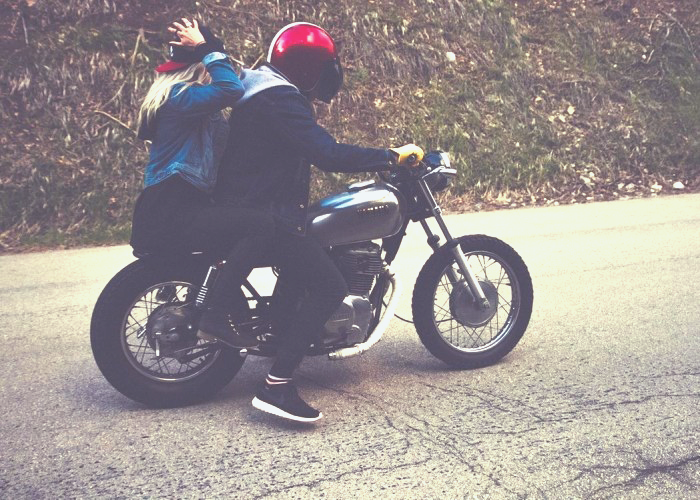 I got myself into this pickle. I knew when my boyfriend and I started dating that the shelf life of our ‘normal relationship’ had an expiration date. I was away from home at college, and he had made his home in my college town. It was only a matter of time before I graduated and returned to the suburbs of Chicago, and we would find ourselves in the ever-dreaded long distance relationship. When we began our LDR (as I fondly call it), neither of us expected that we’d still be leading separate lives in separate cities nearly three years later, but here we are. While some would blame the longevity of our LDR on selfishness, I prefer to attribute our situation to the strong goals and ambitions that both my boyfriend and I have — goals and ambitions that neither of us have been willing to give up on. However, after three years of a once-a-month boyfriend, I’m ready for the long-distance aspect of the relationship to be over; it’s time to take the LD out of our LDR. But in order for us to take the next step forward in our relationship, it seems that one of us will have to take a few steps backward in our career.

After finishing undergrad, I was accepted into one of the most prestigious graduate programs in my field. I was thrilled. My boyfriend was thrilled. Despite the distance that it would put between us, the idea of not enrolling never crossed my mind, and it never crossed his. Around the same time, he was offered his dream job in my college town. Again, we were both ecstatic at the opportunity and agreed that the 140 miles between us was manageable and temporary: a means to an end that would come about after we both made the necessary strides in our career goals. But the physical distance between us became more and more permanent as time went on. Two years later, I accepted a job in Chicago, and my boyfriend continued to enjoy and excel at his job, which was three hours away via Amtrak.

While, of course, we would’ve loved to have spent the last three years in the same city, neither of us wanted to a) sacrifice our own career goals and b) ask the other person to sacrifice their career goals. My boyfriend loved his job and was making a real difference in his community. How could I ask him to give that up and start over in a new place? On the other hand, my career objectives were fairly narrow and a job in my field might not be available in his smaller-than-Chicago-sized town. Was I supposed to pack up my life and professional aspirations to be with him? The answers remain as unclear now as they were then.

I ran the various scenarios through my head hundreds and hundreds of times over. There were some days that I even convinced myself that our relationship would be enough to make each other happy even if one of us had sacrificed a dream job or a promotion to be together. Thankfully though, I’m realistic and I know that these sacrifices would eventually bring about resentment instead of joy. If I gave up my career, I would eventually begin to resent my boyfriend, and vice versa. Furthermore, whoever made the move would always be the better person in the relationship; the one who gave up not only their immediate professional progress, but also their social circles, favorite coffee shop, and sense of day-to-day familiarity all in the name of the love. Whoever moved first would always hold the trump card, and be the one who was more invested in the relationship than the other. I envisioned the nasty arguments that would arise and made the conscious decision that I did not want to start our life together on such an uneven playing field.

And so it goes. We continue to sit at this junction with no end date in sight. There has been no guarantee that within X amount of days, or months, or years, we will be permanently reunited. As someone who hates uncertainty, I’ve often wondered if it’s even worth it. My life would certainly be easier if I only had to worry about myself and my own aspirations. Would the best answer to all these questions simply be to end, not only the LD, but the R altogether? Admittedly, it’s a solution that has crossed my mind and has tugged at my heartstrings during those lonesome weeks apart. We’d both be able to selfishly pursue our careers without feeling guilty for prolonging the long distance part of our relationship.

But here’s the rub: the LD doesn’t deter me from wanting the R. I don’t want to pursue my passions without him, and I know he feels the same way. And this undeniable fact is the reason we’ve stayed together. While we haven’t been able to take the traditional next steps, like moving in together or having spontaneous date nights, my boyfriend and I have grown our lives together, even while growing our careers individually. And you know what? I think that, if necessary, our relationship would truly have been enough to make both of us happy, despite any sacrifices along the way, but I feel better knowing that when we finally are together, we will feel fulfilled in both our relationship and also our respective professions. One of the reasons why I love my boyfriend is that he has such ambitious goals and strong convictions. And I love him even more for pushing me to strive for the same. His level of supportiveness is off the charts. My successes are his successes, even if he’s celebrating from 140 miles away. While there is no end date in sight, our commitment to the LDR has taught us faith and patience. We keep working towards our career goals with the confidence that one day they will intersect geographically and, of course, we work to help that intersection occur. So for now, we wait and maintain the LDR. Because the distance isn’t forever, but the relationship sure as hell is.