The Financial Confessions: “How A Toxic Financial Relationship Left Me Divorced At 25” 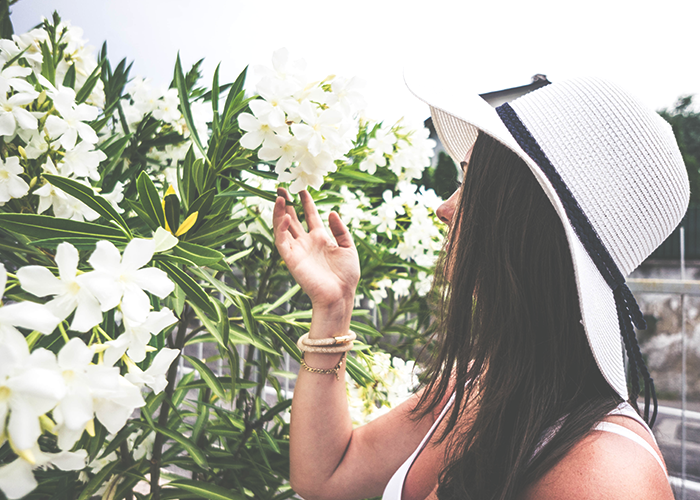 I had just turned 20 years old when I met my husband, and our divorce was finalized exactly five years after that.

During those five years, I learned a great deal of painful lessons about identity, money, and life. I was always one of those teenagers who (like all of us?) thought I was ~more mature~ than others my age, and hated when people told me, “You won’t really know who you are until you’re in your mid-twenties. Give yourself time to figure it out, to try stuff and to change.” I balked at the notion, convinced that 15-year-old me was the same woman she’d be at 25.

When I met Roy, I was a sophomore in college working three jobs to support myself so I could graduate debt-free. Roy worked at a bank making $32,000 a year, was 33 years old, and had a master’s degree and two young daughters. He seemed so grown up to me, like he’d been around the block and really knew himself. My family and friends immediately ushered warnings when I told them I was dating a guy 13 (and a half) years older than me, but I was certain that it wasn’t a bad thing. I told them how I’d always been one of those people who connected with people older than I was (i.e. hung out with seniors in high school when I was just a lowly freshman….AKA not the same thing at all). I’d been told, “You have an old soul,” too many times to count, and I built my identity around that.

At 20 years old, after knowing Roy for only six months, I found myself moving in with him and his two kids. Very quickly I entangled all our lives, romanticizing the possibilities of a life with Roy and the girls. It began when I was temporarily unemployed, and instead of helping out with bills, I started cooking dinners, doing chores, and taking the girls to school. A couple months later, Roy and I moved a town over to follow a new job opportunity for him, and I committed to driving the hour-long commute (both ways, no traffic) to pick up the kids and take them back to their mom’s house a couple times a week.

Early in the relationship he revealed to me that he was $300,000 in debt ($20k credit cards and $280k student loans from his master’s degree at a for-profit school online), and right then I decided I would never marry him. I was still debt-free at that time, but Roy was getting anxious that I wasn’t pitching in financially. We lived together and were raising two kids together, and now he was asking me for money to help him out. He said he just wasn’t making enough to cover his debts, expenses, and child support.

We opened a joint bank account, and because he was contributing substantially more money to our household than I was (working in IT, he was now making $60k), I saw no issue with combining our money. That’s what couples did, right? And even though we would never marry and I was still debt-free, I was committed to him for life. Shortly thereafter, my part-time job at a call center making $8 an hour wasn’t enough to help him pay all the expenses, and I took on some student loans to help “make ends meet.” I felt guilty that I wasn’t making “adult money” and able to pitch in more, but he assured me he knew I was doing my best, so I tried not to let it bug me.

I only paid my credit card bill at that time, and every other bill he handled. I would ask him all the time if we could sit down and go over our finances, but his response was always some version of, “It’s simple, what do you need to know? I don’t wanna sit down and hash everything out, I can tell you right now,” or “It’s so complicated, I have a system in my head and don’t want to mess around with trying to organize it on some budget.” That should have been a red flag for me, but I simply jotted it in my memory for later.

Life happened, and I found myself with $30,000+ of medical debt on top of a few maxed out credit cards and a handful of student loans. At that point, I ended up marrying Roy — partially for insurance, partially because I had a severe “why not/IDGAF anymore” attitude. After all, I loved him. We were in this mess together, so our struggles were ~romantic.~

Over our first year of marriage we “leveled up” (aka lifestyle inflation) and replaced our junky, no-A/C 90s beaters with two new cars, and a bigger apartment closer to the city. Because we were still living paycheck to paycheck (with increased child support, to boot), any time an emergency cropped up we put it on a credit card. A lot of the time, we rationalized “emergencies” like Christmas or visiting family up North. We were really bad about paying off a card, then somehow justifying the occasional date night, quick weekend getaway, or Domino’s on a Tuesday night on the card. We got points back, right? So, it’s not THAT bad…I don’t really know how we let ourselves act with such delusion.

Fast forward a few months later, and I was graduating from college and getting a big time promotion at work — I was now making $56,000 a year and he was making $85,000. Suddenly, I could see a light at the end of the tunnel for my financial future, and I was excited to see where it could lead. I’d been using YNAB to track our family’s expenses the best I could for a few months, because I hated our bad habits so much. We tried over and over to stop our stupid cycles of spending, maxing our cards, and laughing at our mistakes, and we did make a little progress paying off a few cards, but between three joint checking accounts, four savings accounts at two different banks, and 18 credit cards, it was hard to always feel like I had a clear picture of what was going on financially for us. As I neared my 25th birthday, a degree now under my belt and a substantial income finally coming in, I wanted to seriously, finally talk money with my husband.

I read finance books and blogs, attended webinars and emailed personal finance coaches, and asked friends for advice. I tried to figure out how to make sense of the numbers so we could make things fair.

“I want us to figure out what percentage of our expenses are mine, which are yours, and how much we each need to contribute. I want us to get debt-free, and I want to start saving for retirement.”

It was an idea that, tossed on top of a rocky marriage for a hundred other reasons, fractured our already faulty foundation. He took it as a threat that I was leaving him. He said, “You don’t just split up your finances in a healthy marriage. That’s not normal, and what you’re asking of me isn’t fair. I spent so much money in the first few years of our relationship helping you out and you never paid me back. At this point, all our debt is intermingled, and you promised that what was yours was mine and what was mine was yours. What about that?”

He felt betrayed, and in some ways, I could understand. But as the financial control escalated, forming into emotional abuse and ultimately a very narrowly-escaped threat of physical abuse, I had reached my breaking point, and left the relationship.

Ironically, the day I left was the last day at my job, and I was taking a huge pay cut to get experience in another industry at a 10-week internship. So three months after my separation, I found myself living in a cheap AirBnB, unemployed, $2 in my bank account, all my credit cards maxed out and a destroyed credit score. Meanwhile, Roy was still at his old job and staying in our apartment.

When the divorce was finalized a few months later, I didn’t bother arranging alimony, though every lawyer I spoke with assured me they could get me a great deal. I simply had us separate our debts, and walk sadly away from the life we’d tried to build together.

This week is one year since I left Roy. After a lot of false starts, I’m now making $36,000 a year and living in a house with two roommates. I’ve paid off $4,000 of debt (of about $18k consumer debt left, including my car) and am finally able to kind of think about my finances in a constructive, careful way. I’m dating again, and really nervous about money in my future relationships. I’ve been totally transparent about my debt and my budget system, as well as the fact that I will never combine my finances with someone again. And you better bet I’m getting a prenup next time.

I learned a lot from my marriage and divorce. Turns out, I wasn’t the same girl at 15 as I am today. And that’s a very good thing. Growth, capability, and independence threatened a relationship I’d built on co-dependency, but now it’s only going to strengthen what I build in the future — and this time around, it’s going to be for me.