The Financial Confessions: “I Job Hopped Through My 20s, And I Don’t Regret It” 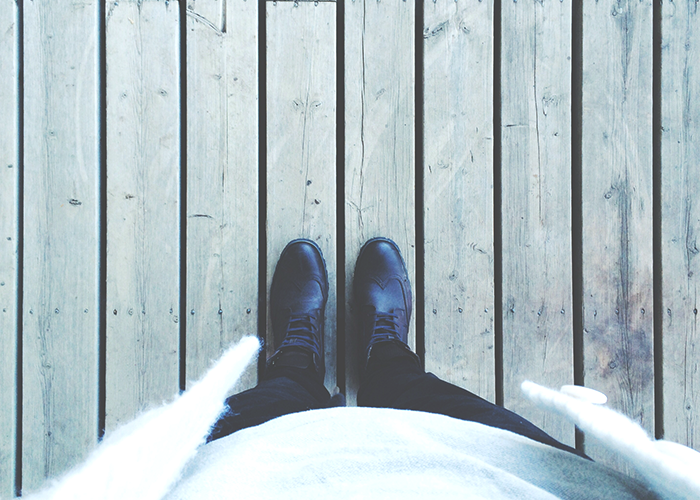 I did the one thing a lot of HR people will generally tell you to avoid in your 20s: I job hopped…a lot. I’m 31 now, and I’ve held roughly 10 professional jobs in my life so far. The professional world has certainly changed in the sense that job-hopping doesn’t carry as much of a stigma as it once did. However, when I first graduated from college, job-hopping was way more of an issue. Most career advice professionals told me (and some still say) to avoid moving around to too many different jobs in a short period of time. They said it makes someone look “flighty,” and it can create a potential red flag for hiring managers who value longevity and consistency in a potential hire.

I decided to say “fuck it,” and job hop to my heart’s content all throughout my 20s. Some jobs I stayed in for a year or two, but with one job, I only stayed for a few months; I found out I had been misled about the position I applied for. Overall, yes, my actions were a bit risky — I don’t deny that. A few times, I left a position because I knew I was actively wasting my time there, even if it meant leaving before having something immediately lined up next. In the month-long period I had between jobs, I would do whatever side hustle I could to make money. I’d keep my professional skills thriving by taking online classes, reading industry books, taking people for coffee to interview them — everything. I was always trying my best to #hustle, and keep myself moving forward.

Some of my friends thought I was totally nuts for being flippant about work, but that’s just it, I was anything but flippant. I cared SO deeply about my career, building my skills, making the right connections, and finding the right company that it was hard for me to settle on something that I didn’t feel was giving me what I owed myself. I’ve learned SO much from fostering relationships with teachers and mentors, and I’ve lapped up every bit of knowledge they have offered to me. Building those relationships has helped make job-hopping possible, and it’s kept my career (and skills) from stagnating.

Everyone’s situation is going to be different, and no two people will have exactly the same opportunities, mentors, connections, friends, schooling, etc. You have to remember, job-hopping is somewhat of a privilege, because it assumes there are a decent number of jobs to move around to, AND your finances can tolerate a certain level of risk. I’m single, and I don’t have anyone I’m responsible for, so I made the choice to go balls out in a way I might not have if I had, say, a significant other to think about. While I did make a few mistakes throughout my 20s, I’m overall thrilled with the career I’ve built for myself. I’m well on my way to becoming a respected digital strategist for an advertising agency, I took some (measured) chances, and I’ve never had to resort to treating people like shit. These are just a few of the overarching tactics I had in place to pull this off.

I had a plan. Even though my plan wasn’t perfect, I made sure I did significant research into companies based on the kind of skills I wanted to learn from them. I did my best to try and found out what type of people worked there, and I tried to establish initial connections on social media (when appropriate). Career advancement involves strategy, and I knew I didn’t want to be an account coordinator forever (which was my first job). I always dreamed of working for digital projects on the creative side of the equation, but I knew it wouldn’t be easy to get there. I set short and long-term goals for myself, I was really vocal about the things I wanted, I was really hard on myself about where my skills/strengths/weakness were, and I figured out how and where I could thrive. Job-hopping without a plan is a dangerous move, and you want each move to be calculated so you don’t throw caution to the wind, screwing over your future self.

I learned as much as possible from every position, and I respected myself enough to know when it was time to leave. It wasn’t helpful to slap an arbitrary time stamp on whatever position I had, and I never told myself I would only stay at a job for X period of time. I have a pretty good internal radar about people, office culture, and knowing which way the ~wind will turn~. When I sense that I’ve learned all I can from a position or team, or I’ve at least learned what I set out to learn, I move on. I’ve had terrible supervisors, crappy coworkers, and senior-level management that sucked, but I always tried to identify talented people, pick their brains to learn everything I could, and never put myself above any task.

I overprepared for every interview. While I wasn’t brutally honest with whoever was the hiring manager/interviewer, I always advocated for myself. It’s essential to establish the dynamic up-front that I wasn’t desperate to stay at a company if the culture and work wasn’t what I needed to continue growing my career. I knew I had to work hard, push boundaries, and make the best possible situation arise from whatever team I worked with, but I knew the company had to work to keep me there as well. Any company that didn’t show interest in making their employees better wasn’t a place I could ever work long term.

I prepped for the inevitable questions about the pattern of job-hopping. The further I moved along in my career, the greater I anticipated that the question, “So, tell me about your job history” would come up. It’s not like I tailored my answers to avoid prying questions, and I never lied. I practiced being honest with people, and gave them the reasons I left without sugar-coating anything. “A project manager and I couldn’t see eye-to-eye,” or, “I felt like I wasn’t given the opportunity to grow,” or, “I didn’t have enough tools and resources available to me and I knew I could find it elsewhere,” were just a few answers I’ve given. The more honest I was, while still driving home the fact that when I found a great match I would stay on longer, the more they respected me.

I always negotiated for my salary, but I never moved just for more money.

If there’s anything in this world that you should be doing for yourself, it’s negotiating to get yourself the best possible salary you can while being realistic about what you can offer. TFD has written a few articles about it here and here, which I found super valuable to read. In a nutshell, when I bounced around jobs, it was essential that I always advocated for myself, and negotiated from the get go. I used to be meek, but job-hopping has made it easier for me to accept myself and push beyond my own limitations. Sometimes, I didn’t get the number I wanted, but I was able to accept it knowing that I at least tried. I can’t describe the kind of soul-sucking guilt of feeling like you didn’t stand up for yourself at all when you needed to. No matter where I go in life, I try my best to remember that money isn’t everything, and that when I excel in what I do, the money will follow. No one can take away that pride and value I’ve earned for myself.