The Financial Confessions: “I Trusted The Wrong Man And Ended Up Broke” 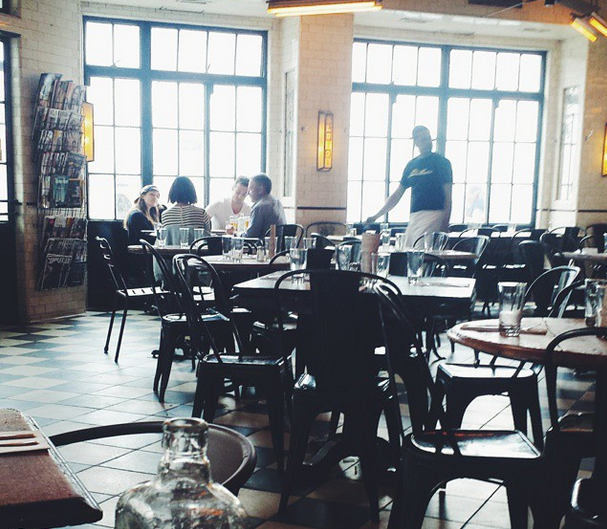 “I graduated college in 2012 with a degree in marketing and a job in my field right out of school. This made me unusual for my generation, and given that I was a scholarship kid at a prestigious, expensive school, it was even more surprising to me that I would be the one to end up with the salaried position at a well-known firm. I was not poor in the grand scheme of things, but I spent four years surrounded by students with connections and trust funds, so I certainly felt below average.

And one of those students was my boyfriend, who we’ll call Andre. He was a student from The Netherlands, the son of a wealthy couple, business executive and psychiatrist. He wasn’t as rich as some of the students at our school, but to me, a normal girl from a normal suburb of Chicago, he was the classiest thing that had ever happened to me. We started dating in our junior year, and during winter break of our senior year, we went to Europe together to travel a bit and stay with his family for New Year’s in their vacation home. It was the first time I’d been to Europe, or a vacation home, to give you an idea of the dynamic between us.

But he loved me, and I loved him, and he made me deliriously happy. When we both graduated, he got a job working for the New York office of his father’s company at the same time that I started working at my firm. He didn’t love his job, but he needed a visa or he would have had to leave the country right after graduation. I don’t think he actually knew what he wanted to do (it changed a lot), but it enabled us to stay together, and he didn’t really have to worry about hopping into a career right away like I did. He worked about 35 hours a week at his job and went out with his friends all the time, and I put in 60-hour-at-least weeks at my job from pretty much the moment I started, but I loved it.

For the first year, it wasn’t a problem for us, and even though we had different relationships to work, in some ways it was making us more equal. I was earning more money than he was and finding a lot of self-confidence in being good at my job. Within my first year on the job, I had gotten a raise, promotion, and bonus, was paying more than I needed on my student loans, AND managed to save 10,000 dollars. It would take a lifetime to get to where he was from being born in his family, but I was on my way to creating my own independence, and he told me all the time how sexy he found it. Part of me was worried that not being passionate about his own job would create envy, but it turned out to be the opposite for a long time. It made us equals.

By fall 2013, we were living together in his one-bedroom in SoHo. Before that, I had been renting a single room in a small apartment in Harlem with a friend from high school, so it was a change to say the least. His family owned the apartment, so he didn’t pay rent, and I didn’t have to, either. I could basically save every dollar of the 47,000 dollars I was earning, but despite that freedom, I didn’t. We started to go out more and more, and would travel at every opportunity. One weekend he woke up and turned to me and said “Let’s go to the beach.” So we flew to Miami on a whim, called out sick on Monday, and spent 1,000 dollars in a few days. I paid for my half of everything because, without having to pay rent, I felt like my money was basically free. I could do what I wanted, and what I wanted was to imitate his lifestyle and keep up with him. Six months into living with him, I was back to making the lower payments on my student loans and saving basically nothing. One month in particular I spent 2,500 on restaurants and bars alone.

But the entire time, I knew on some level that we would get married and it would be taken care of somehow. He was an only child so he needed to take marriage and kids seriously for his parents, and we had been together for long enough that I couldn’t imagine being with anyone else. And when he asked me to move with him to Amsterdam so he could take a higher position at his father’s company, it seemed like the first big step on that road. Yes, I loved my job and my success there, but I had always dreamed of living in Europe and this was my first actual chance to do it. I would stay on a tourist visa while I looked for a job, and make it work. It seemed like a dream, and I was sure that a proposal would soon follow.

I quit my job in May 2014, and we were living in Amsterdam by July. We had a beautiful apartment with huge windows and a little terrace, and we filled it with plants and the beautiful trinkets we’d collected on our trips the year before. His parents would come for dinner on Sunday evenings, and I found a job as a teacher really quickly (with some help from his mother). That summer was the most beautiful one of my life, and though I had spent most of my savings to move with him, it felt so worth it. We felt closer every day, and Andre was finally happier at his job now that he had more responsibility and could be closer to his family.

Then, on October 7th 2014, my whole world came crashing down. Andre called me while I was at work and he sounded panicked and nervous, and not at all like himself. He asked if I would meet him for dinner at this little Indian restaurant in our neighborhood, and what time I got off work (the same time I always got off work). Part of me, naively, thought he was going to propose. I admit that this was my first thought, and I didn’t ever consider that it could be something bad. When I met him at the restaurant, though, and saw the look on his face, I immediately understood that this was not good news.

I sat down, and he told me that he was leaving me, because he had fallen back in love with his high school sweetheart. My whole body was numb, I couldn’t talk, and my ears started ringing with this horrible metallic sound. I couldn’t listen to him, I couldn’t look at his eyes that were welling up with tears. I couldn’t believe that he was sad, because I was too numb to anything to even process that this was a breakup. He tried to grab my hand across the table and I left the restaurant. I walked and walked until about six in the morning, heaving sobs on sidestreets where I could get a little privacy. I couldn’t go home when he was there, even though he called my phone over 50 times in the whole night that I was walking the streets.

Over the next week, we made arrangements for me to move out. I admit that he was a gentleman about some things, and insisted on helping me with the moving costs. But it became clear very quickly that I could not afford, with my pathetic two thousand five hundred left in savings, crappy teaching job, and student loans to pay, to stay in Amsterdam. I had to quit my job, call my parents, and move back home with them in suburban Chicago in order to get back on my feet, and I only moved back to New York as of a month ago. And my old job? Yeah, that’s gone. I am now working for less money at a smaller agency, and living in an even crappier apartment.

I probably spent the first month and a half back with my parents crying every night and losing unsafe amounts of weight because I couldn’t even force myself to eat. There were nights when I honestly thought I would die from a broken heart, when I didn’t know how I would be able to go on. My parents forced me to start seeing a therapist simply to have someone to talk to. And through my sessions, I started to see Andre more for who he was and less the European Prince I had imagined him to be. Yes, it was my fault that I spent my money keeping up with my lifestyle, but he made me feel like I needed to in order to be attractive. He never cared for the fact that I came from a humble household and made that clear in many little comments, little comments that led me to spend more of my money.

But the real important part of my “recovery” has been accepting that it was my fault for giving up my independence, and for trusting someone who had no commitment to me. I never accepted the fact that our risks were not the same, and I was in a much more dangerous position than he was. Yes, his parents liked me a lot, and I still occasionally exchange emails with his mom (who was more apologetic than he was about the breakup), but they’re not my parents. They weren’t going to take care of me and fund my life if things didn’t work out. Anything could have happened to Andre and it would have been okay, but I needed to protect myself, and I didn’t. I bought dresses and bottles of champagne and vacations because I was trying on his life for size, but it was never my life. And when it was over, all I had were the receipts from the money I spent.

I still believe in love. I still think I will meet my person, and that we’ll go on to have adventures more wonderful than anything I had with Andre. But never again will I put myself into an insecure position to keep up with someone else’s life, or give up my independence to get someone’s approval. I will always have my eyes open, and be able to say “no” and walk away if things get bad. I’ll never find myself again with a drained bank account and an apartment full of stuff I have to move across the ocean on a moment’s notice.

I’m starting over, and this time, I’m doing it right.”