The Financial Confessions: “I’m Trapped In A Relationship Because I Can’t Afford To Leave”

By The Financial Confessions | Wednesday, December 16, 2015 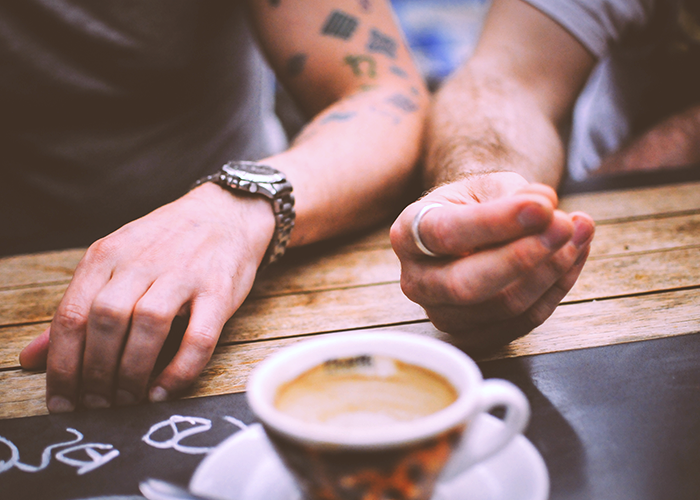 Writing this is probably the hardest thing I’ve ever done, because it means admitting to myself (and everyone reading this, even though it’s anonymous) that I really am staying in a relationship for financial reasons. For a long time, I’ve been convincing myself that I was still in love with my boyfriend of just over five years, because it was the only way to keep going in my daily life without either losing my mind, or feeling like a total piece of shit. But every time he goes to touch me in bed, or he tells me he loves me, or he texts me something nice out of the blue, I feel my stomach twist in a knot and get a little wave of nausea. I’m not in love anymore, and the more he shows me how much in love he still is, the more I feel like an animal trapped in a cage.

How does money affect relationships?

Because I did used to be very much in love with him, and I desperately wish I still was. If you have never been in the situation of wanting to be in love with someone, and not being able to, I can’t explain it to you other than to say it’s like watching something die before your eyes and not being able to stop it. You can see it wither and fade, and even though you know intellectually that you used to feel a certain way about this person, you can’t really remember it anymore. It’s like when you’re sick and you can’t remember what it feels like to be healthy, even though you know you were only a few days ago.

And what makes this all worse is that, realistically, I can’t leave him. I’ve told him several times that I’m not ready to get married (I’m 27, but still very early in my career, so it feels plausible). But that is really to provide myself some insurance against the idea that he might propose, and I would be in the awful position of having to either say yes, or to leave him at that point. (I don’t think I could go through having an engagement, only to call it off. That would be too painful and publicly humiliating for both of us.) Either way, I know that the worst-case scenario is a ring at this point, so I make it a point to often tell him that I’m not ready. He always seems warm, understanding, and supportive — which makes it feel worse. He’ll say things like, “I know we will grow old together and I can’t wait, I don’t need a ring right now to prove that,” and my stomach will turn.

The holidays have been full of stress and anxiety, because every moment feels like a proposal could be right around the corner.

I spend most of my afternoons, when I’m not looking for a job, looking at apartments I could move into. I can’t afford any of them, of course, as I can’t even pay for what I already have. When I was laid off six months ago from my job with a startup, it seemed like the worst thing that could possibly happen to me to not have that job anymore, because I loved it so much. But now I realize that the actual worst thing was that loss of security, and even though I work as a server most nights and am still able to bring in enough to pay the basic bills, I am earning about half what I was before, and I’m just scraping by while managing my student loans.

My family doesn’t have much money, and they live in a town that would be absolute death for my career (middle of the country, nothing happening). So I can’t move back in with them. I need to be in my current city because of my industry, and the same is true of my boyfriend. It would be financially impossible for me to move out, as he’s currently letting me contribute just $500 a month to our rent and covering nearly all of our bills, which enables me to work my VERY part-time gig in my industry that I got two months ago, which pays basically nothing, while serving the rest of the time. Our rent for a one-bedroom is nearly $3,000 a month, and basically any of the bedrooms I’ve been looking at in parts of town that area already not-ideal would be about twice what I’m paying now. I couldn’t do that, keep my part-time job (which is the only thing saving my resume), and pay my extremely high student loan payment.

I need my boyfriend for the financial stability he provides while I get back on my feet, professionally, and set up a foundation for myself. I know if I told him the truth tomorrow — that I didn’t love him — he would be devastated, and I would have to move out. That would be the end of a lot of things for me, and right now, that risk outweighs the horribleness of having to fake it through this relationship.

I love my boyfriend as a person, and my dream is to one day be able to pay him back for all he’s helped me with, and all the sacrifices he’s taken on so that I can have a better chance in my career and my life. He is the rock and the support system, financially and emotionally, that I never had growing up. But I am no longer in love with him, I no longer want to be touched by him, and I no longer have dreams of spending my life with him. I would never cheat on him or betray his trust, but I know that my life, romantically, will be spent with someone else.

I only hope I get back on my feet soon, so that I can take us both out of this purgatory.