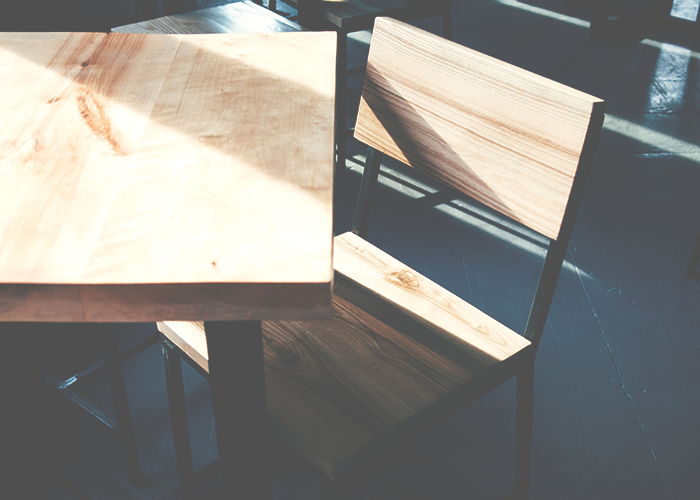 My early twenties were rough. A lot of things were going wrong for me, but the worst part was that I was burying myself in a deep hole of dumb financial choices and all the emotional debris that went with them. I could see the ladder that would get me out of the hole, but I couldn’t get past the snarling guard dogs of panic and shame to start climbing out.

The Financial Diet and #TotalHonestyTuesdays didn’t exist then. Instead, all the financial books I read basically boiled down to two choices: power through the snarling dogs and start scaling the ladder like a professional climber, or stay down in the hole forever. I felt like there was no room for anything other than perfection, and definitely no room for the messy emotional stuff that made it harder every day to fix my mess. I was down in the hole for a long time until I finally gave myself permission to not be perfect, and to handle things in my own way.

Real talk: after college, I moved to The Big City and got my first “real job” with a salary, benefits, and crazy hours. I got a roommate, cut every conceivable expense, and did everything my frugal parents told me to. I was doing all the right things and having zero fun. And each month, I sank further and further into debt.

I couldn’t figure out where my money was going. I now understand that I was making so little that it was mathematically impossible to make ends meet, no matter how deeply I cut. But I’d bought into the idea that once you had a professional job, you should be able to live entirely off that job. I figured I was just being a frivolous idiot. All I knew for sure was that I lived with a deep sense of shame and dread that quickly turned into daily panic attacks whenever my phone rang, or I checked my mail.

After dealing (or not) with this for about a year, I took a long hard look at my life. I decided that the prospect of living in a constant state of panic for the next 60 years was more terrifying than trying to fix my mess. But every time I thought about my financial mess, I promptly sunk into an even deeper spiral of panic and shame. At this point, I was about $5K in credit card debt, and I was earning a (very humble) non-profit salary. So I knew I was looking at a long repayment road ahead. I also had $9K in student loans that I often forget about because I’ve had them on automatic withdrawal since I graduated. On the plus side, at least they were getting paid every month.

Traditional personal finance advice is often framed as a math problem. There’s no room in the equation for emotion or illogical behavior. But we don’t get into financial trouble because we’re making entirely rational choices

100% of the time. And we can’t get out of financial trouble unless we factor the irrational human part of ourselves into the plan.

I knew that, in order to make progress, I had to start small. Rather than trying to do the “smart” thing and force myself to start climbing the ladder as quickly as possible, I realized that I had to tame the snarling dogs first. If you’ve ever worked with angry animals, you know that you go slowly and make small movements.

I couldn’t even handle that. So I went smaller. It took me a week of trying just to type my bank’s URL into my browser. My hands would shake, and I’d break out into a cold sweat every time, but eventually I did it. My next my task was merely to stay on my bank’s home page without logging in. Even that was difficult. But soon, I worked my way up to checking my balance daily so that I could begin tracking how money moved in and out of my account each month.

I repeated the same process for my credit cards and other bills, started meticulously tracking my expenses, and then began building out a budget. With each small step, everything became less scary, less shameful, and far easier. All told, it took me nine months to be able to handle anything related to my finances without having to do deep breathing exercises.

A decade later, I’m in the black. My accounts are healthy, credit score

climbs higher every day, and I’ve come to love personal finance so much that I write and speak about it. I’m completely rid of my credit card debt, and I will be done paying off my student loans in October. One of the things I’ve learned from talking with a lot of people about their finances is that sometimes we need to hear that it’s okay to be human. That even if you don’t have perfect financial discipline on day one, it’s still possible to climb out of the hole.

But you can’t get out of debt by pretending that emotions don’t exist and that people are completely logical robots. So if what you need is permission to be imperfect as you start to build a better financial life for yourself, here it is: start as small as you want and do it in a way that works best for you. And don’t forget to celebrate your wins with impromptu solo dance parties.

Catherine J. Hutchins is a non-profit professional and writer from Chicago. She’s the tart behind TartInk.com and you can find her on Twitter and Instagram.