The Internship Treadmill: How To Know When You’re On It, And How To Get Off 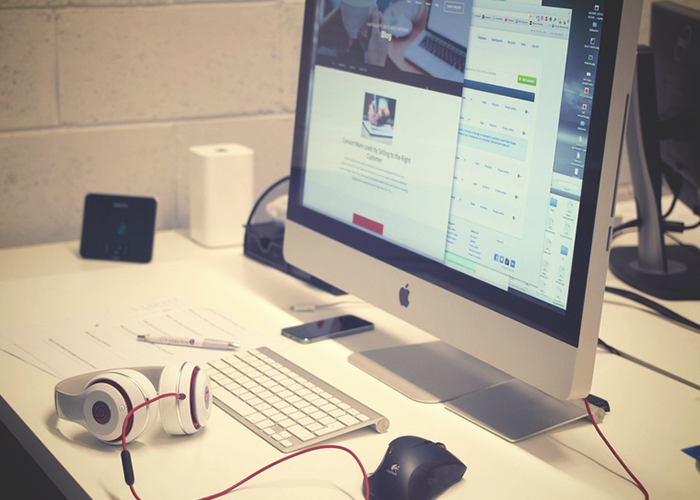 The other day, I was having a conversation with my best friend, who recently landed her first full-time job in her field, nearly five years after graduating college. (Woo hoo!) Needless to say, it’s been a complicated journey for her, bouncing from internships to seasonal positions to stints in other countries (where she used her freedom from a “career” track to get out and see the world), and now it seems to have drawn to a conclusion. She has her job, is enjoying it so far, and feels officially off the “internship treadmill,” where she’d been running in place for the past few years.

Her story is unique, in some ways, because her field of work — she majored in wildlife & fisheries management and works often on research projects for government organizations or national parks — is one that opens itself to a lot of seasonal work. It can be hard, between shrinking grants for field projects and limited positions in the first place, to land something more permanent, even if the need is there. But the idea of getting stuck on a path of unpaid (or very poorly paid) work, always with the promise of better things, always a full-time position just out of reach, is not anything new. In fact, amongst my friends who have landed careers in their field over the past two years, I can say with confidence that very few managed to do it without spending at least a few years on that Treadmill, waiting for something real, and picking up odd or part-time jobs to make ends meet.

It can be hard to tell, when you’re in the thick of it, that you’re on the Treadmill, if only because you’re too busy and stressed out to look much further ahead than the end of the week. It’s easy to get in part-time, freelance-based jobs that disguise themselves as staff gigs, which have all of the workload and day-to-day pressures of a full-time thing without any of the benefits (literal and figurative). So when you are on, say, year two or three of the Treadmill and have gone from a totally-unpaid internship to a 25-hour-a-week fellowship with a decent stipend, it’s easy to feel like it’s a step up on an invisible ladder, even when that ladder is going nowhere.

Claire, a friend who recently landed her first staff job in media after nearly three years on the treadmill had this to say:

“For the past year, I was working at a (relatively) well-known website as a freelancer who had an hourly schedule and high quotas for performance, but was paid as an intern and kept at 35 hours a week so I could not qualify for any kind of benefits. I only recently found out, after leaving the job, that this was illegal (freelancers cannot work that way, I should have been staff), and that the terms I worked on were not normal. I had gotten so used to unpaid internships that just having a little money earned per hour seemed huge, even if it was not commensurate with what I was doing.”

It’s easy to feel, especially in competitive industries, that we are lucky to have any paying job in our field, and shouldn’t be picky or demanding when it comes to the terms of our job, lest we be swiftly replaced. On some level, we can tell that we’re not moving forward when promises are not kept by the employer, or when excuses are made for why we can’t access a living wage or basic benefits. If the goalposts are moving constantly, as they do in many internship-to-job tracks, it’s impossible not to feel a sense of alarm — but we often suppress those worries for fear that we may lose our place on the ladder. But it’s not only the more “glamorous” fields that have this problem — I spoke to Sam, an architect who bounced around from fellowship to fellowship for two years, never making more than $1,000 per month despite working nearly full-time, who only eventually landed his salaried job when a former professor intervened and put in a call for him at a firm in his college town.

He says that he now lives about 500 miles from where he’d ideally like to be living, but at the time, it appeared to be the only way for him to get off the Treadmill. “Once you have that first ‘real’ job,” he said, “You have a much better chance of leveraging your way into something you actually want to be doing.”

When I talked to my best friend about how she eventually got off the Treadmill herself, she told me that she realized, after several years of false starts, that she was never going to find her ideal position through one of the “traditional” routes encouraged by many schools:

“I realized that I could keep aiming for internships and seasonal jobs by applying blindly from the internet, but that wasn’t going to land me a permanent position. (At least in a small, budget cut-filled field such as mine.) I had to know someone. So I literally asked everyone I knew if they knew of jobs. My resume got passed to neighbors of friends, friends of friends, and eventually to my boyfriend’s best friend’s fiancées aunt. And that’s how I got the interview.”

There is no shame in being stuck as an intern or apprentice when we feel that we should have evolved to a full position, though everyone in that position lives with the stigma and embarrassment that often surrounds it. And it is precisely through this culture of embarrassment that many companies are able to leverage increasingly worker-unfriendly terms in exchange for the illusion of a ‘real’ job. (And the faulty ‘real’ job concept is its own can of worms, worthy of its own article.)

But it IS important for all of us to not blindly accept the terms of what we think we “deserve” when it comes to our first few positions. While some internships/assistant-ships can be useful and necessary, as well as give us on-the-job skills we would not otherwise have, there can be a fine line between mutual benefit and exploitation. As Michael, who spent a well-paid summer internship in engineering before transitioning into a salaried job, told me, “I was earning basically a livable wage while still a student for doing what I did, while people in other departments in my same company were not getting the same thing. I get that engineering was important, but so were the people in marketing, research, human resources, and everything else that made that company run. It didn’t seem fair.”

Look up if your employer’s terms are even legal (like Claire in media, your “internship” might not even be legal at all). Set yourself a firm exit date where, if you have not transitioned from stipend/unpaid to a more permanent solution, you will look for other work. Demand that whatever promises are made to you by your employer are kept. And most importantly, don’t assume that your internship will lead to something permanent in the way you were told it would. You may end up having to find alternative means into your job, going through your personal and social network as well as your professional one.

As long as each step in your career is of clear benefit to you, in terms of skill or money earned, it’s worth it. But once you step on that Internship Treadmill — and you may not even realize you’re doing it — it’s important that you know how to get off. Your career isn’t about doing an employer a favor, or working harder so that someone else can save money on a real paid position. It’s about growing into something healthy and sustainable, which doesn’t leave you exhausted from running in place.