What Happened When The IRS Audited Me Over A $200 Expense 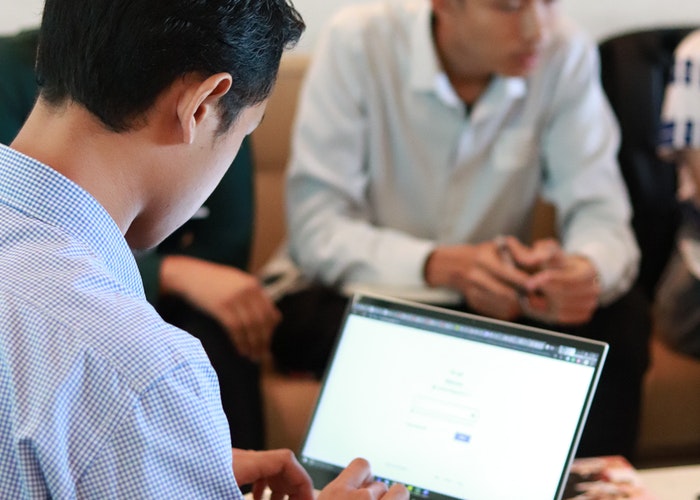 About a week before my birthday, I received a large, white envelope in the mail. The sender? The IRS.

It had to be a mistake. The letter had my personal information, a request for review, and in large letters, a notice stating they would review my business license from three years prior. For my birthday, I got a letter from the IRS informing me that they were going to audit my taxes.

Years ago, I had taken a small job on the side and obtained a business license for it because I wanted to protect myself. Even though my “business” hadn’t really made any money since, I filed my taxes with my business information included, just to be safe, and three years later, a government agency was asking me about it.

I called the IRS with the hope that this was an error. The agent assured me it was real, but it wasn’t anything terrible. Audits just come up, they explained, but having already looked over my basic information on file, they said there were no major red flags. My appointment was scheduled for about three weeks from our call, and it would last anywhere from 3-4 hours. The letter said it would take up to 6-8 hours, so we were already moving in a good direction. Over the phone, an agent told me it would really depend on how prepared I was.

The next day at work, I let my manager know I needed to take a day off since I was getting audited. Now that the terror had subsided, we had a good laugh. I let them know I would be out the whole day, as I would be at our local IRS office on the opposite end of town for most of the day. From there, I started contacting companies to get the information the IRS requested, starting with my bank.

During that initial call with the IRS agent, they explained they would look at all my deposits for the year being reviewed. However, they also review the December prior and January after. So I asked my bank to pull 14 months of bank statements. I got lucky. The year being audited was also the year I really started taking my money and financial wellness seriously. I had spreadsheets of purchases, deposits, and everything ready. Cash deposit? I noted on the spreadsheet where it came from, including a small check for $5 from a class action lawsuit.

But I also had to pull all my deduction paperwork. This included the receipt from my business license, student loan paperwork, and medical receipts. These were all tucked away in a file with their respective W-2 forms. The agent also said they would need my W-2 from the year after. The last thing I needed was proof of any “uncommon” deposits, showing they were not related to my business. For example, this would be nonpayroll paychecks, large cash deposits over $100, like a gift from a family member. That tax year, I had a roommate working as a waiter who paid his half of rent to me in cash, and he had to write a letter explaining he didn’t hire me and was only giving me cash to pay rent. My parents also gave me money for my birthday, and because I deposited it, I had to ask them for a letter explaining it was a gift.

Meeting with the IRS

I still didn’t know what to expect at the actual meeting, though. The IRS sent paperwork to confirm my appointment and that included instructions to visit the IRS website for videos to explain the process. However, they told me nothing about what they would ask during this interview — each audit case is different. Naturally, I turned to YouTube and the Internet for help.  I wanted some idea of what the interview would look like.

At the time of my audit, I found nothing explaining what would happen — just videos with lawyers telling me not to speak for myself. I had done all the research and found all the receipts and statements myself, though. I was single with no kids and had an annotated copy of all my paperwork to explain any questions. My taxes were pretty simple, so I chose not to seek outside help. Sure, maybe it would’ve been easier to hire someone to help me but, I felt confident about answering any questions myself.

On the day of the audit, the security guard at the IRS building wouldn’t let me sign in at the office. Turns out, my agent had been sick all week. A manager came out to talk to me instead, apologizing that no one had called to let me know the meeting had been canceled. I was already stressed and had been up for hours making sure I had everything ready and in order.

The manager offered to take my paperwork and give it to the rep and they would call to reschedule the interview portion. I handed them a copy of my notes and waited for a call.

A large portion of the questions they asked during the interview I had already answered when I did my taxes. If you have done your taxes before and answered questions like, “Is your money from out of state? Do you have gambling winnings? Can anyone else declare you as a dependent?” then you have also answered many of these questions.

For about 20 minutes, we talked about my business license and the purpose of my company. After explaining everything, the IRS told me I did not qualify for a business license deduction, so they would need to correct it on my report for filing. My business license cost me $198. What this meant was that I put my license amount as a deduction, and it should have been posted in a different box, and it offered no deduction. I reported it, but not the way I should have. When corrected, the dollar amount didn’t affect my reported income, so there were no penalties. They told me I would have a form to sign if I agreed.

I did fail the audit, but not in a way that hurt me financially or legally.  The amount I was audited over felt so small compared to all of the work that went into the audit. The weeks leading up to the audit were frustrating, to say the least, especially when I could have reached out to an expert before filing my taxes to answer filing questions. I wish I knew what to expect — or, I wish I didn’t have to go through it. But since getting audited, I go the extra mile to make sure everything I file is right, every expense and deduction is accounted for, and I cover my bases so I can back up numbers later — just in case.

Stephen is a full-time medical biller who resides in Colorado. He can usually be found at the gym or hunting down a new receipt to try.