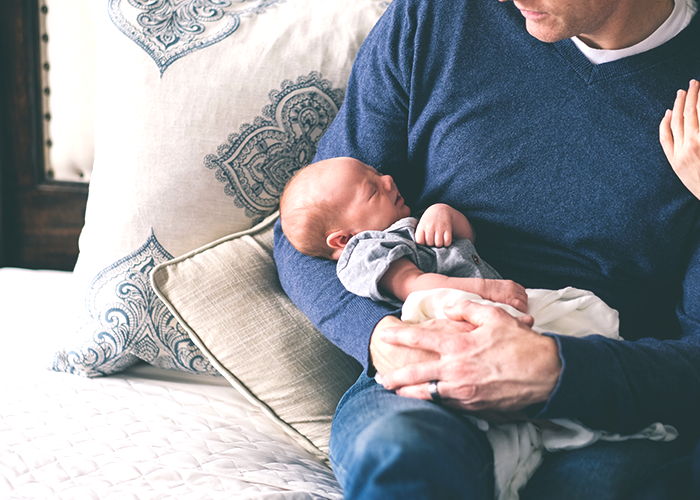 “Dad, what is money?” my five-year-old son asked me on a bright summer afternoon as I sat in the yard. He caught me totally off guard from the daydream I was having about traveling in Europe again. I stared at him for a second.

Crap. I don’t know… I thought to myself. I mean…I do know money. I use it, earn it, spend it, save it, find it and lose it. I have a fondness for money — not the kind of do-anything-to-get-more-of-it mentality, but I do really like it. But what should I say?

My Parenting Fears Summed Up In One Thought

My mind flashed forward 20 years into the future. I envisioned my son in some kind of Jerry Springer-like TV show setting. He was on stage being interviewed and telling the Jerry Springer moderator: “Well Jerry, it all started when I asked my dad about money…”

As a parent, this is a fear we have, it goes something like: God help me, I don’t want to break/ruin my child. It’s something that goes through many parents mind a hundred times a day. I call it the “Good Parent Curse.” Those times when we immediately know when we do wrong, and rarely recognize when we do good by our kids.

I stared at my son, and deflected the question in the only way I could think of: by trying to buy myself some time. “Why do you want to know?” I said. I figured this would give me a few minutes. I’ve been a student of money my entire life. I have been burdened by debt and elated by windfalls (aka finding $20 bill in a winter jacket). This should be an easy answer. Yet still, staring at my eagerly awaiting son, I had no clue how to explain money to someone his age.

“Well, I just wanna know.” he quickly responded. So much for buying time. One thing you will find with kids at a young age: they know what they want. Although they can rarely articulate why they want it.

What Should I Say?

Do I say: “It’s what people use to buy things”? It’s simple and true. But would this lead him down a path of materialism — always believing that if you have things, it means you have money? That’s the last thing I want. We get so stuck in the visual world of flashy possessions, that we never think of the debt that is behind the purchase.

Do I say: “It’s something you work for”? Again, it’s true. Then the argument immediately popped up in my head, “Well that could tie him to a life of working for money.” I know we all work for a living. I just don’t want him to go to work exclusively for money. But what if I could set him on a path towards a different end — that you don’t work for money, but for fulfillment and satisfaction instead. That might be better. As a parent, you are an educator to your kids, often by example, and the idea of tying work to money at such a young age doesn’t sit well with me for some reason.

Do I say: “Money is an idea”? I think I read that in a Robert Kiyosaki Rich Dad

books. It’s a great line, but for a five-year-old it’s just going to leave him more confused. Finally (ok, it’s more like three seconds, but trust me — it felt a lot longer), I looked at my patiently-waiting son, and said:

“Money is something you can use to buy things, you can save it, and it’s very important, it’s a skill that you need to learn.”

“Yes, it’s a skill. Just like skating or walking. No one is born knowing about money, or walking, or skating — it’s something you have to learn. If you can master money, you will be much better off.” I thought it was best to set him up knowing that money was just a thing, but a tool — something that you learn about, and can use to do many things.

One More Thing About Money

“There’s one more thing,” I said, feeling like I needed to get this last point in, to avoid a future Springer-type scenario, “as important as money is in life. It’s not the most important thing.”

“What is the most important thing dad?” my son said.

“Happiness, my son. Here’s the thing,” I said, fully knowing that part, if not all, of what I said was going over his head. “If you have a lot of money, you aren’t guaranteed to be happy. But if you don’t have enough money, then you will always worry about money, and never be happy, either. Work on happiness, and I can help you with the learning about money part the best that I can.”

“How do I get good with money?” my son asked me, looking more confused than ever.

“The only way to get good with money is to start handling it. I think it’s time you and your sister start to earn an allowance.”

Andrew Daniels is the blogger behind Family Money Plan, where he writes about how he and his family paid off their mortgage in 6 years and are now beginning their journey towards financial freedom.