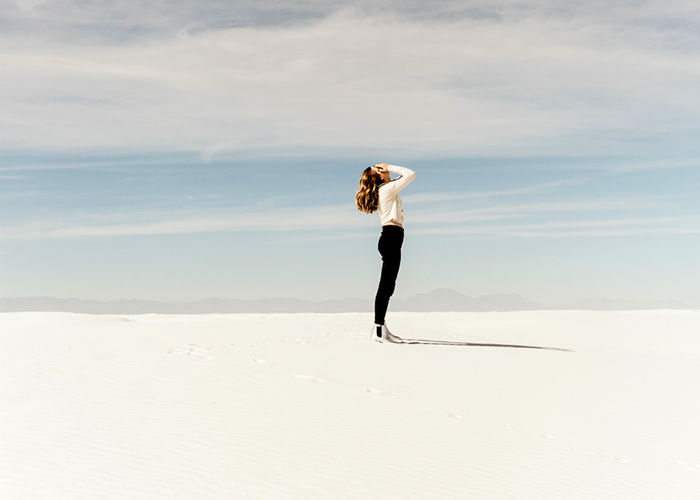 I’m sure at this point, you’ve heard of the marvelous story regarding the “F”ck off Fund.” Here’s a quick recap: A f*ck off fund is a fun play on the financial advisors’ recommended emergency fund that will prepare you for any potential job loss, sudden debts, or that awful boyfriend you’ve been putting up with.

It’s there for you when a sticky situation comes up in your personal life, just like an emergency fund is, but it’s also there to protect you as a woman above all else. Relationships, careers, and many other things can drastically affect your financial situation. My personal story is related to my first job out of college. You know — the one where we are so excited to get started we’ll basically take any job at any pay because we can’t believe we will finally have an income instead of a loan? Yeah, mine was definitely something like that.

The Reason I Wish I Had a F*ck Off Fund

It was 2013. I had just graduated from university, and I was frantically trying to find my first ever real-world job. I was applying for anything that was remotely related to my degree. I was young, and hungry to start moving on with my life after being in school for nearly five years. Who wouldn’t be?

Four months after my graduation date, I finally heard back from one company. They asked me to come in for an interview, and I had a feeling this was going to be it. I went in, did my power stance in the women’s bathroom, and walked into the room acting like I knew everything there was to know about the industry, and my role within their organization. The general manager lead the interview. He was witty, seemed passionate, and was very intrigued by everything I had to share regarding changes I was eager to make. It worked. Not only had I convinced them, but I had convinced myself.

At just 23 years old, I had landed my first job as head of an entire department. Of course, I took the first salary offer sent my way (because I was never educated on how to approach this type of situation), and I signed the contract without batting an eye. I was thrilled beyond belief.

But that thrill was cut short. My first day involved no training, no support, and no idea what I had gotten myself into.

From Bad to Worse

I was struggling to understand the ins and outs of the industry while blazing a trail in my own department, all the while being asked to cut the budget wherever possible. I began to feel overwhelmed. I was living in an apartment I knew I couldn’t afford, barely making minimum payments on my debt leftover from university, and constantly fearful that I wouldn’t be able to buy groceries each month. I knew that this job was the only thing keeping me from losing everything. It was difficult, and the hours were long, meaning I was no longer able to work part-time as a server. This left me with even less income, resulting in even more debt and stress. These are obvious examples relating to how a debt-free lifestyle and an emergency fund could have saved me from all of my problems. I would have been free to leave the job, find a way to create a healthier lifestyle and get back on my feet. But, I didn’t have that…and it wasn’t getting better.

I’m sure you remember the witty, passionate, aforementioned general manager. Me too. In fact, I’ll never forget him. Although, I wish I could. On top of feeling suffocated by my debt, I then started to feel suffocated by my boss.

The Beginning of the End

Before successful completion of my probationary period, I started to receive inappropriate text messages at all hours of the night from said boss. It was unexpected, and I didn’t know what to do. Scared to tell anyone, because I was fearful I may lose my job without warning or pay, I kept these things to myself.

The messages were often inquiring about lavish vacations he wanted to take me on, or talking about how much he’d had to drink that night. The more explicit messages I’ll keep to myself.

Soon after, I started to feel uncomfortable in my own workplace and question the real justification behind my hiring for this position (which I still do to this day). It reached the point where I needed to take action, and upon passing my probationary period I started to gain more confidence in myself. One night, I drafted a two-page letter to the president of the company, and attached photos of the text messages. I decided I was going to hand in my resignation.

The next morning, I looked at my credit card bill.

A credit card bill I couldn’t pay without this job.

A credit card bill that was terrorizing every aspect of my life.

So I stayed. In debt, in fear, and in frustration.

Months later, still struggling, we participated in a work retreat. We were asked to voice our true opinions about the company, our working relationships, and beyond. The overall vibe, of course, was that no one was going to actually be honest in a room full of their colleagues and superiors. But I was. As it was my turn to speak, I cried (as any true professional would). In front of everyone, I told them the following, “I was excited to be here, to start my first ever job, to experience new things, and to learn. And I haven’t experienced any of that. Other than a lack of support and joy.”

Some jaws dropped, yet others didn’t seem shocked at all. From that weekend forward, I was lucky enough to build new relationships with other co-workers, who encouraged me to share my situation and interoffice dilemma. With their support, I quit a short two weeks later, worked to receive an athletic scholarship, and returned to school for the third time. At that point in my life, school and sports were the only things I could see making myself happy. I worked part-time in the corporate accounting department before the school-year started, and began the next part of my life.

A new part of my life that got me to where I am today — able to control my working life, because I am in control of my financial one.

For an entire year after leaving my previous job, I still received inappropriate messages from my former boss, sometimes threatening. I experienced a workplace environment no one should ever have to face, simply because I was not financially prepared or educated on ways to handle these situations. Holding debt, fearing a job loss, and experiencing sexual harassment in the workplace are some of the worst feelings I’ve ever felt. And I will never let myself feel that way again.

Alyssa Fischer claims she’s not an expert on personal finance — which is why it’s easy for her to explain financial topics without getting too intense. You can find her on her blog, Mixed Up Money, where she proves money isn’t boring (and that it’s also a little funny). You can also spend all day ranting with her about your finances on Twitter.