The Obnoxious Wedding Industry Trend That Needs To Be Stopped 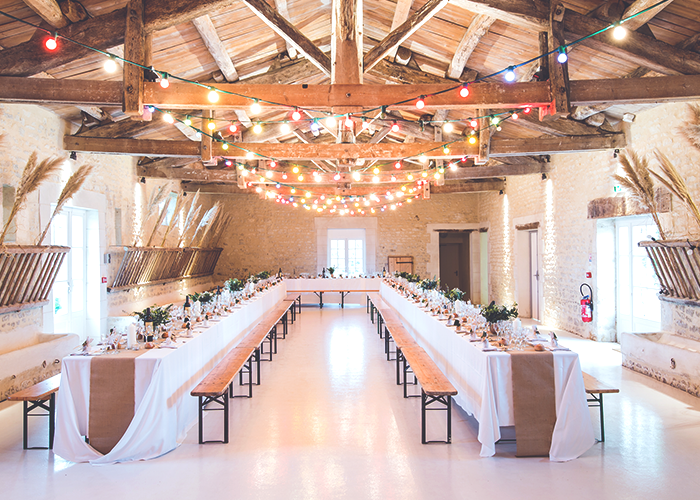 This August, my partner and I will become husband and wife at a small ceremony in my parents’ backyard followed by barbecue, drinks, and even a dip in the pool.

I always knew a “fairytale” wedding in a banquet hall wasn’t for me, but I decided on the backyard party idea a few summers ago, when my mom turned 60. Her party came together with a minimal amount of planning, a few 24-packs of beer, and some wholesale-sized boxes of burgers from Costco. My family is a hospitable and inviting bunch, and all I could think during the party was, “This is so us.”

So that’s how my partner and I will be getting married. There are still a few budget items we’re working out, but it will likely come out to under $3,000. Here are a few details of how we’re doing that:

It seems that every time the topic of cheap, minimalistic weddings comes up — or criticism of the wedding industry — the women behind them are bombarded with an influx of accusations that they are “bragging” about their situation, or even “shaming” women who choose to partake in more traditional weddings (the average of which costs around $30,000).

The use of “shaming” is particularly interesting to me; when terms like “slut shaming” and “fat shaming” first became mainstream discussions, they were seemingly linked to more high-stakes discussions — like how a woman’s sexual history or outfit can sometimes mean the difference between an attacker getting jail time or a slap on the wrist.

But “wedding shaming,” which has been called “the ugliest trend” by design artist Preston Bailey (who does the bulk of his work in the wedding industry) does not have the same consequences. The worst thing that happens if someone “shames” (translation: has no desire to emulate) your expensive or extravagant wedding is that your feelings are temporarily hurt.

Is it polite or necessary to repeatedly tell someone they’ve made a huge financial mistake, that their “special day” is nothing more than an overpriced and overzealous display of patriarchal hegemony? Obviously not. And as someone whose family has long worked in the industry (my sister owns a successful wedding photography business, and my mother, a professional musician, has made some of her best paydays from weddings), I also respect a vendor’s need to pay their bills. That’s why my perspective has always been to actually spend on quality vendors (like my photographer), but instead of going the cheap-and-cheerful route for others, just do it yourself (like with my hair and makeup).

Regardless, women speaking about their small wedding budget aren’t doing so as part of a concentrated, institutional effort to shame and delegitimize someone else’s decision. They’re simply pointing out that there are alternatives. And even if it doesn’t feel like it, the so-called “wedding shamers” are still in the minority.

It would be wrong of me to assume that those spending 30 to 50 thousand dollars on a wedding are making their decisions willy-nilly without considering any alternatives. Some brides feel intense pressure to please or accommodate family, and for those who grew up inundated with messages about beautiful dream weddings, it’s sometimes too difficult to say “no.”

But with such a big decision at play, you also accept that the idea of it might be criticized — and that a woman half a continent away from you that you’ve never even met blogging about her refusal to jump on the same train isn’t a direct attack at you.

“Wedding shaming” has also been called “wedding industry shaming” by some, and lumped into the concept of so-called “maintenance shaming” (a term apparently used for women who have made other women feel bad for wearing high heels and getting their hair done) by others.

It seems absurd that these days, one can simply attach “-shaming” to a word, and it suddenly becomes a devastating trend that Must Be Stopped. Asking people to stop “wedding shaming” (or “maintenance shaming” or “makeup shaming,” or whatever comes to mind) isn’t a feminist act. It’s demanding that others entirely keep their opinions to themselves for the sake of your feelings.

It would be easy (if not over-simplified) to agree with the notion that if you don’t want a big wedding, don’t have one, and don’t shame those who do. But the question then becomes: what is “shaming?” Is saying “I don’t see the point in spending $30,000 on a single day” too out-there? Is “I have no regrets about not buying a wedding dress?” too opinionated? Is “You don’t have to spend half your annual salary on a wedding to be happy” just a poisonous attack in disguise?

And where does that leave us, women of all financial situations and  backgrounds, with a variety of different desires and priorities around the Big Day?

We could leave it at some generic pseudofeminism about loving and supporting each other no matter what, but I think it’s a little more complex than that. We have to become self-aware and start taking ownership of our financial decisions. We must accept the inevitability that they will be criticized by someone at some point. When that does happen, we have a choice: we can fall on our swords as victims and attempt to silence dissenters by cheerleading the wedding industry, or we can hold our heads high and move on.

Bree Rody-Mantha is a business journalist and dance teacher living in Toronto. In her spare time she enjoys sport climbing, lifting and running the vegan food blog, Urban Garlic. Follow her on Twitter here.