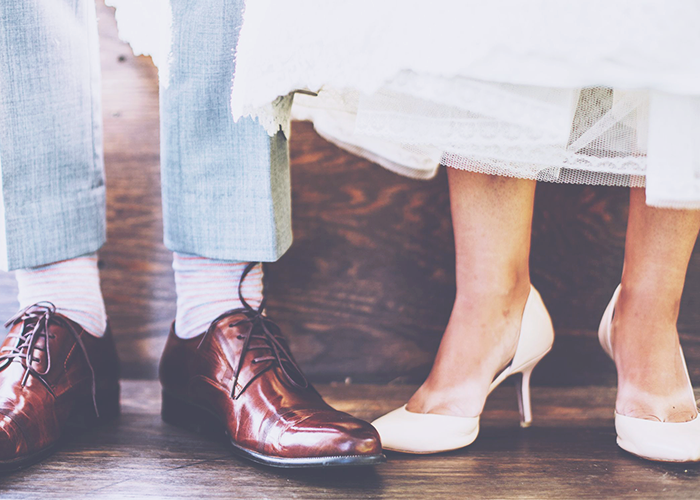 My wife and I met in college, and we’ve been together for over 12 years. Like any relationship, we have our ups and downs. The biggest issue, that has caused consistent problems, was both of our impulse spending. When we were young, we didn’t have much of a monetary surplus because we both had fairly modest incomes. But as we received promotions at work, raises, etc., we started to have some extra money in the bank. It was clear that we differed on what do with our humble surplus (after budgeting, saving, and putting money toward a house). What we would each spend on started to cause problems. I thought of a television as a mutual purchase, but she’d say it was something I wanted. She would buy clothes and shoes, which I saw as purchases just for her. Inevitably whenever money was tight, the “well you bought such and such” conversation would start, and arguments would ensue.

We developed a system that we call “mad money.” Basically, we put a predetermined amount of money into two accounts on the first of every month — my mad money account, and hers. We chose an amount based on what we are comfortable with. We make a budget using excel, where we put our savings for the month, our monthly 401(k) contributions, and all of our expenses. One of the lines in our budget is for our mad money.

Early on, we started with $50 of mad money/month. We would add more money if more came in. For Christmas, when my parents gave us $200, we put $100 into each of our mad money accounts. Also, when (if) we get a bonus at work, we typically take a chunk and put it into savings, and then dump some into mad money. For example, if one of us were to receive a $2,000 bonus, we would put $1,000 into savings, and then put $500 into each mad money account, which would last us each several months.

Mad money taught us to save up for things we wanted (especially because we were initially getting $50/month). But as the system progressed, it really subconsciously taught us to wait on our purchases in general and make purchases with more scrutiny. It has also encouraged us to have open conversations about purchases. We wanted mad money to be for “selfish” purchases, not for things like a dress shirt for work, or a new bra when all the old ones are worn. It’s more for splurge purchases — like a shirt I loved, as opposed to one I needed for a work event. We decide together what comes out of mad money, and what should come out of our regular account, and it encourages us to discuss everything. It’s not always not a black and white system. We still have times where we talk about getting something, and decide it should be taken from our regular account, but it takes away the arguments in 99% of the situations.

I first read about “mad money” during the heart of the recession in 2008-2009, although I’m not sure what it was called when I read about it. We were having a lot of money stress — our professional careers had advanced, but the economy was going down the drain and we were hurting. Anything we bought was excessive, so we were bickering and complaining about any purchase either one brought home. Anyway, I sat down one night and pitched the idea. I explained that I didn’t want to put her on a guilt trip anytime she bought something new, especially because we both work SO hard for our money (50+ hours per week). I suggested we figure out an amount that made sense, and put that amount every month into separate mad money accounts.

This way, I won’t get mad if she buys an expensive candle, and she won’t get mad if I splurge at Best Buy. If she would have walked in the door with a $150 clothing item, I would have been upset, especially after I got a lot of crap for bringing home a $100 HDMI cable (that made the picture clearer on the TV). But that’s the absolute and utter beauty of the system. It’s so vindicating, because when she comes home with something that I think is unnecessary, she just smiles and says “mad money” and I laugh. Neither of us have to stand in the store wondering if the other person will be angry about our purchase. And there is no sneaking around at home. I have friends who leave their shopping bags in the car, or have Amazon packages dropped off at work so they don’t have to own up to them at home. But my wife and I don’t ever have to be dishonest, because we have mad money.

Other than our mad money accounts, we have completely joint finances. We went to the bank right after our honeymoon, and created a joint account. All of our paychecks were re-routed into a joint account, and our personal accounts were closed. I can’t imagine doing separate bank accounts, but respect people who do. I think mad money is a great system for couples because there is transparency, and we both trust each other implicitly, so it’s not something we have to worry about. If you’ve created a budget, but have not yet accounted for discretionary spending, I would highly recommend mad money.

*Kyle would prefer not to share his last name.