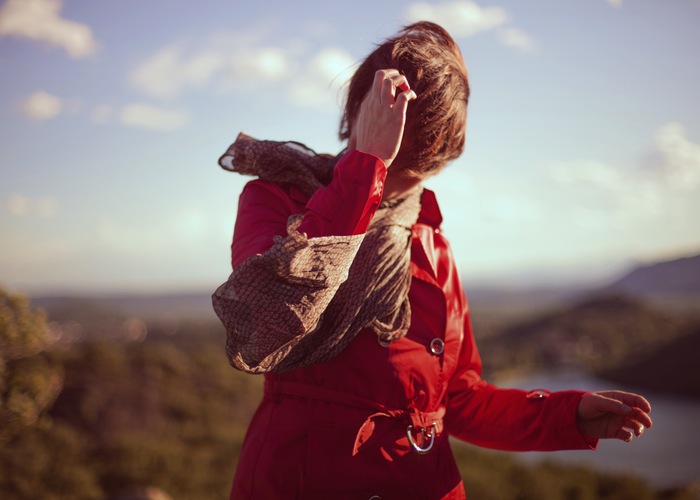 My father walked out on our family the week before Christmas in 2009.  I was 15 years old at the time and had yet to know the full extent of who he was as a person. I didn’t know about his ongoing infidelities, the implications of his clinically-diagnosed narcissism, or that he’d been using his own funds to rent an apartment in town for himself. At the time, all I knew was that his belongings were in bags by the front door and that there were going to be some changes in 2010.

It goes without saying that the holidays are very difficult for me. My mother has never moved from the house they built together and insists on my older sister and I coming home for the holidays every year. While in high school I saw their marriage through the lens of teenage angst. I thought was better that he was not in my childhood home because he wanted to live his own life as a single man. He still wanted to be able to come to my high school plays on his own time, a twisted account of fatherly responsibility I wasn’t about to play into.

Our relationship — already strained before his departure — turned sour and bitter after he left. My parents sought a legal separation and subsequently wanted me to go to therapy. I didn’t find it difficult to talk about my ~daddy issues~ and, in fact, I relished the knowledge that a professional privately reprimanded his selfish behavior as much as I did. The relief of having a professional who validated my emotional roller coaster was invaluable.

Thanks to my therapist, I learned to talk to my father — at least a little bit — in a productive way. She would remind me that conversations with him needed to be light. I couldn’t just jump into serious “why are you such an asshole?” rages when I was around him. I needed to keep our conversations closer to the surface. What used to be crying fits in diners turned into a healthy debate about the merits of Nucky Thompson as a leader on “Boardwalk Empire.” Television dramas, as it turned out, were one of the only things my dad and I had in common. After finding loose threads of conversation, he would diverge into a conversation about finances, which is the only thing he was truly passionate about discussing. I remember one day during my senior year of high school, he took me to the bank and signed me up for a Roth IRA because I had started a job as a hostess that year. He contributed $5,500 to it up-front. His mind was always on financial stability and independence for me.

Though he was shitty at being there for me emotionally, he was always there financially. I was never able to tell whether it was because of guilt or just a result of great financial planning. Before my dad walked out, we were a typical middle-class family, but he and my mother were always extremely diligent about saving. My dad chose not to take any of the inheritance from his parents when they died so it would go to my sister and me after his death. He could have spent it on whatever he wanted, but instead he thought of his daughters’ lives without him. Though they were never rich, my parents both had fairly stable incomes and never fell into the trap of consumer debt or living above their means. I am fortunate to have grown up around their practical financial example.

My father made sure I didn’t have to take out student loans for my undergraduate education, which is a gift I didn’t fully understand at 17. He consistently kept tabs on investments in my name and updated me every fiscal quarter. In the first few years of college, I thought those email updates were innocuous, and a form of self-praise, but more and more I now see his financial intervention for what it is: the only way he knows how to talk to me.

As the years have passed, I’ve come to understand that there are things I can count on him for and things I can’t. For instance, I know he’ll always be there when I have a question about filing taxes and applying for tax credits. He’ll always be there to offer investment advice, on everything from dividends, to diversification. When it came time for me to sign off on student loans for graduate school, he was there to keep my fear of debt in perspective by looking at future earning potential. Money talk is honestly the foundation of our relationship.

My father is now 65 and single. Retirement and social security benefits are a current concern for him, as much as building my emergency fund and paying off student debt are concerns for me. He’s reaching the end of his working life while mine is just beginning. His relationship with my mother is friendly and they talk often. Our relationship is building itself slowly, but we now have more to talk about than “Boardwalk Empire.”

Because I am able to speak candidly with my dad about how much I’m making (and how much I’m saving), he’s opening up about his life after college, a part of his past he’s never discussed with me before. I’m learning who he is now, and who he was before he had me. Time has healed a lot of the hurt between us, and as we’ve both gotten older, we’ve grown into more understanding people. He now acknowledges how poor his behavior was at the time of his departure, and I’m able to forgive him for it. For the first time in six years, I’m no longer afraid of spending Christmas in a house that once held such sad memories. Our relationship is an investment and, like any investment, it has its ups and downs. In my opinion, that doesn’t mean you abandon it at the first sign of trouble, it means you plan for the long years ahead.

*Sarah Gates is not her real name.