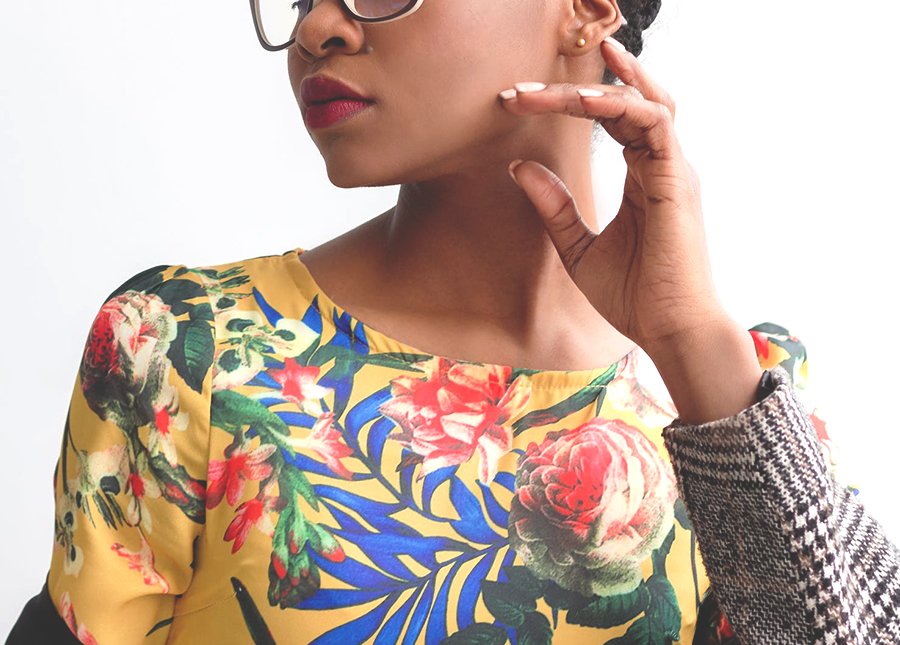 You know those things everyone advises you not to do, but you end up doing them anyway when you’re having a bad day? For instance, comparing how your friends handle their money as opposed to how you handle yours. Simply put, “How come they can afford [insert item or activity], but I can’t?” Comparing our lives to others is common, and so is comparing how friends spend their money to the way you do.

It happened to me when I finished my Graduate/Master’s degree. Living on the island of Jamaica and paying back a huge school loan that accounts for the biggest part of my salary was a task that sent me spiraling into depression, especially once school ended. I had my shiny new degree and all the time in the world. I looked up and realized that I no longer had to rush to finish essays, manage group members, kiss up to lecturers while balancing a 9-5 job. (In Jamaica, people often work AND go to school when completing their Master’s.) However, I had far less money to enjoy. I placated myself with the fact that my six close friends were in the same boat of being broke, young, and working. While two friends were working in different fields and the next two lived in different countries, I was secure in the fact that the two who worked in the same field as me were feeling the financial squeeze, too. That was until suggestions for brunches, yacht trips, weekly drink sessions, and end-of-year hotel trips were being thrown around, and my two “similar” friends jumped in with a resounding “yes.” Huh? Wait, I thought we were all broke?

Don’t get me wrong. They didn’t say yes to everything, and very freely said at times, “me too bruk fi dat” (Jamaican patois for “I’m way too broke or have no money for that”). However, they also often readily agreed. I was confused. They had school loans, too, and a heavy amount of family responsibility money-wise that I didn’t have to bear. How were they “broke,” but still able to do all these things? Was I not managing my money well enough? I was basically living hand-to-mouth, which was only alleviated by living with my mother. (It’s a common custom for adults to live with their parents, even in their late twenties, in Jamaica. Cost of living and low salary, what can I say?) If they had similar wages, a school loan, heavy family responsibilities, and could afford to go out so often, what was I doing wrong? I began looking for small ways in which I could save more money and use it wisely, but the problem persisted. I kept saying no to events while they kept saying yes. I felt like a failure.

Fast forward six months: My friends had gotten back from a hotel trip they had taken together. Of course, I had no money to attend, even if I had saved for six months beforehand. I had graduation-related expenses, plus I needed to purchase a new phone for work. Feeling all types of “salty” when they came back with fun stories, I went out to dinner with two other friends while still on a budget, when one friend dropped a huge bomb. My two “similar” friends had actually borrowed money in order to go to the hotel, and were in the process of paying it back. It dawned on me: they couldn’t afford the trip, either! They were living beyond their means. I wasn’t bad at managing money or a financial failure; my friends just made different money decisions than I did. I wouldn’t have borrowed the money to go. Why? I had other expenses I deemed more important. In my view, not only did they make different money decisions, but they also made pretty bad ones.

In the course of another couple of months, I found out both of those friends weren’t paying back their school loans, which was causing them to accrue large amounts of interest. They had steady jobs and lived with family — how could they not be paying back their school loans? Apparently, both even had greater financial duties to their families than I realized. They also spent their money way more freely. A party here, a three-course meal at a fancy restaurant there. I admit, I sat on my high horse and judged heavily. No wonder they seemed to always have money to go out — they had their money priorities all mixed up. I took solace in my obviously superior financial knowledge; after all, I read TFD every week.

Yes, I was on a budget every single day, but I managed my debt, paid my bills and managed to get a little something every once in a while. No one was going to be threatening me for money. Plus, I had a neat saving nest egg AND was building great credit by paying all my bills on time. I was crushing it. I stayed on that moral high horse until each friend disclosed to me how much they make, and what they really had to pay. It was high, and it didn’t include their school loan. I truly saw that they were just twenty-somethings trying to figure out life like everyone else, and didn’t always make the best decisions. I also realized I had the privilege of only being sucked dry by a school loan. They were under pressure to care for family, so there wasn’t sufficient money to pay back a large school loan. Could they have stayed home instead of going to that hotel and put that money towards something else? Sure. But who was I to judge?

That’s the main point I had to understand: Friends have different responsibilities and make different financial decisions. Some wise, but others not so wise. Comparing my financial actions with my friends was a recipe for trouble. As long as you are making the financial moves to get where you want to be, there is no need to worry or watch what others do with their money. At the end of the day, you are in control of your bank account and what that means for your future. So say no to plans you can’t afford, but also make time to enjoy less expensive options.

S. Miller is living the “island dream” in her home country of Jamaica where she works in Communications. A lover of all things feline and chocolate, she hopes to one day be able to stay up past 10:30 PM.