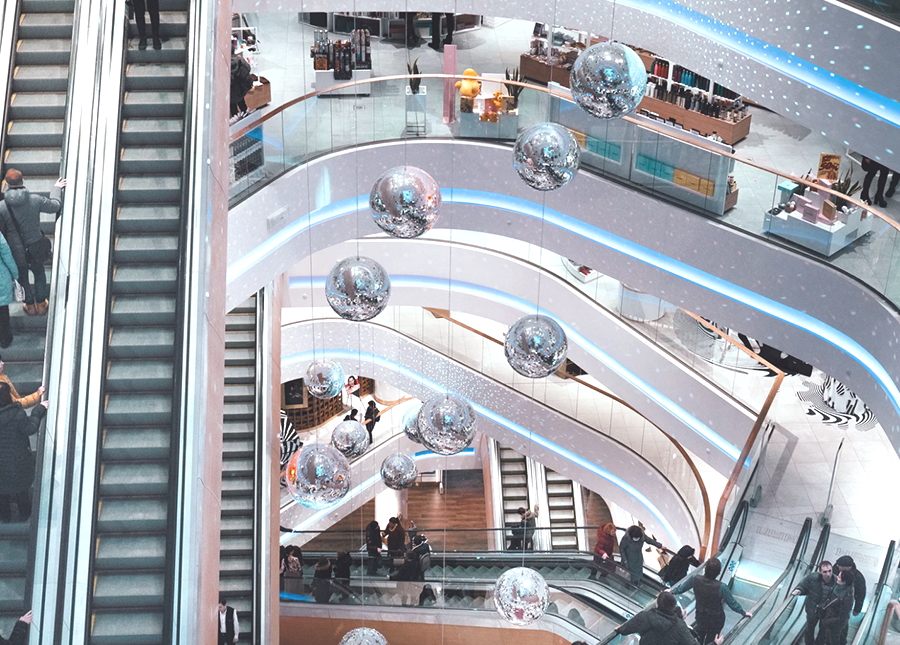 In the middle of 2016, I purged my things. I had dozens of old books that I wasn’t going to read, my desk and bookshelves were piled with useless stuff, and my closet was jammed with clothes and junk that I never used. It had gotten to the point that I felt embarrassed with how much I had and how disorganized I was. Sometimes it would take me 10-20 minutes to find where I put my keys, and I constantly worried that I would have to call out of work or that I would be running late. (Yet somehow I always found them at the last minute.)

With the purge of my bedroom, I also got rid of more than half of my wardrobe. I had too much, and most of the clothes didn’t fit me well or weren’t my style anymore. A few months after that, I started buying again, thinking that I knew my style and I wouldn’t buy things I didn’t need. Wrong. I just spent even more money on clothes that would eventually be donated. I knew I needed some time to figure out what I actually liked, and as a recent college grad, I needed to cut back on spending money I didn’t have.

At the end of 2017, I told myself that I would do a six-month shopping ban — which, to some people, may seem impossible, and to others, it might be the easiest thing to do. But personally, I’ve used shopping in the past as something to cheer me up (when it’s that time of the month), or an activity to do when I’m bored, and like many others, I’ve been guilty of impulse shopping. (I had even tried to do this experiment at the beginning of last year and failed after two-ish months. I bought something small, thinking it was no big deal, and then slowly forgot about the ban. But there was absolutely no reason to not be able to shop for half a year.)

At the beginning of this challenge, I put together an “okay to buy” list for a few things I needed, which included:

And for the past five months, I haven’t purchased anything not on this list, and it honestly hasn’t been the easiest thing for me. The first three months were fine, but then I slowly started going on some of my favorite retail sites to casually browse. Most people who go on a shopping ban have said to just stay off sites, because they’ll make you more tempted to buy something. And while they’re not wrong, I’m glad to say I haven’t cracked.

I like having more of a “boyish” look, but because I’m petite with short arms, I’m usually too small to wear men’s clothes. And I’ve tried wearing boys’ L or XL clothes, but for obvious reasons, they don’t look good. When I look back to pictures from the beginning of high school or college, it’s obvious that I didn’t like myself and my clothes didn’t give me any confidence. Part of the reason for wanting a new wardrobe is that I don’t completely know my style, so I’m always changing what I wear. Another reason is that I still work at that same retail job, and while my coworkers are always wearing cute new outfits, I wear the same five button up shirts and jeans. There’s nothing wrong with dressing that way, but it doesn’t make me feel confident all the time.

The biggest positive about this experiment is realizing that I’ve saved a lot of money by not impulse spending on clothes that end up not being “me.” Over the past few months, I’ve written down items that I was sure I’d get when the ban was over, but now I don’t care about buying them. It saved money, and most likely those clothes would have ended up in a garbage bag ready to be taken to Goodwill in less than a year. Talk about wasteful.

Am I looking forward to the ban being over? Yes. Am I planning on buying clothes when it ends? Yes. I want to replace items that don’t fit me too well, get a few new fancy clothes, and add a couple new button downs. And I’m going to be reasonable with what I get, since I don’t have a lot of extra money to spend. Even though I’ll be adding new pieces, I still want to have a small wardrobe. I’m counting down this last month, but I’m definitely thankful that I did this experiment. I really recommend that you try this, especially if you know you’re spending too much on clothes. If you don’t want to do it for six months, try three, or even just a month. It’ll feel really rewarding to succeed.

Elle is a queer, non-binary, tiny house enthusiast and film nerd. They recently started a blog, SlowlyAdultin, that will focus on lifestyle, mental health & lgbtq+ content.