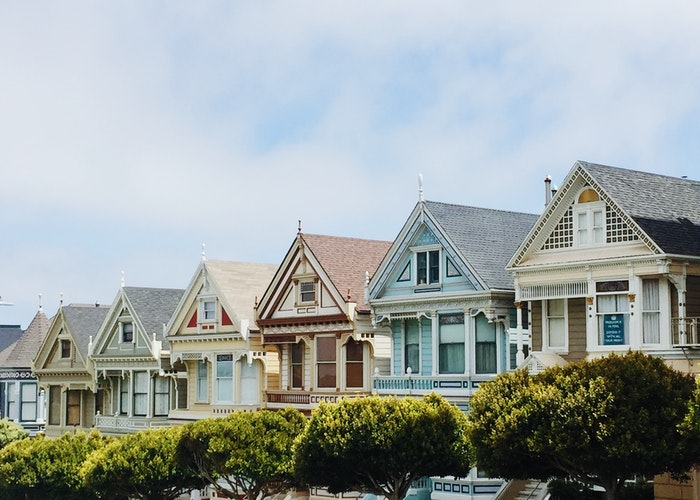 Sadly, I recently read this Yale University study that found that Americans, mostly white Americans, underestimate economic inequality between white and Black Americans. There is a profound misperception about our current racial economic equality. How are we supposed to fix the problem of racial inequality if there are such huge misunderstandings, to begin with?

Economic inequality in America didn’t start in recent years, it is deeply rooted in the fabric of this country and it’s about time that we started talking about it.

It’s a big deal. The ignorance and misperception about economic inequality have important consequences for public policy. How are these problems supposed to be fixed if the people in power — and those who voted for them — don’t know what is going on? Economic inequality in America didn’t start in recent years, though. It’s deeply rooted in the fabric of this country and if we want things to change, it’s about time that we started talking about it.

Differences in power and opportunity between Black and white households can be traced back to this nation’s inception. In the past 100 years alone, specific laws and events come to mind. The violent massacre decimating Tulsa’s Greenwood District in 1921 and discriminatory policies such as the GI bill, the New Deal’s Fair Labor Standards Act’s exemption of domestic agricultural and service occupations, and redlining, to name a few. For centuries, wealth was taken from Black Americans before it had the opportunity to grow, thanks to these policies and practices. I’d like to talk about all of them, but there’s just so much to cover — for now, I’ll focus on redlining and how it prevents the creation of generational wealth.

For decades, many banks in the U.S. denied mortgages to mostly Black Americans in urban areas, preventing them from buying a home in certain neighborhoods or getting a loan to renovate their house.

As a result, Black American families were stuck in neighborhoods where disadvantages compounded. As you might know, services a neighborhood receives are correlated with home values in those neighborhoods. In other words, if you live in a wealthy neighborhood, you have access to more and better services than someone who lives in a neighborhood where home values are low.  Low-quality schools and services in poor neighborhoods were a drag on upward mobility, and this only makes economic inequality worse.

Redlining Was Banned, But Its Effects Still Linger

Perhaps you’re wondering, why am I talking about redlining if it was banned over 50 years ago? Well, today, neighborhoods that were deemed “hazardous” are still inhabited mostly by Black Americans. Cities with more of these neighborhoods have significantly greater economic inequality. On the flip side, 91% of areas classified as “best” in the 1930s remain middle-to-upper-income today, and 85% of them are still predominantly white. In short, not much has changed.

Over the years, a lack of investments in redlined neighborhoods has adversely affected local residents. These disparities affect early childhood, schools, high education, skills and training, employment, health, and environmental conditions. Factors that all play a role in widening the wealth gap and perpetuating the cycle of poverty and inequality.

How Homeownership Contributes To Generational Wealth

It’s important that we talk about homeownership because it’s traditionally a vital part of building generational wealth and a pillar of the American Dream. For most American households, a home is the largest asset they own. In fact, housing equity makes up about two-thirds of median household wealth.

Many white Americans inherit their parents’ homes, and in most cases, that home been paid off or has very little debt. For most Black Americans, there isn’t a house to inherit in the first place. The racist legacies of redlining still result in most Black Americans facing barriers when it comes to homeownership and thus not being able to pass on generational wealth.

Simply put, we need to talk about current inequality because its legacy is passed down generation to generation through unequal inheritances.

Having access to wealth — and homeownership — matters because it confers benefits that go beyond those that come with family income. Wealth is a safety net that keeps life from being derailed by temporary setbacks and the loss of income. Many young people, myself included, have thought about taking career risks — wealth is a separator that allows some people to have buffers and some to “just stick with” whatever unfulfilling but good-paying job they find themselves in.

Wealth affords people with opportunities to be entrepreneurs and inventors. Yet, all of these opportunities are limited for Black Americans because of a lack of existing generational wealth. It’s harder, scarier, and in some cases downright impossible, to take risks or make bold career moves when you don’t have a safety net of generational wealth to fall back on.

It will be hard to fix racial economic inequality until we start realizing how deeply rooted it is in current laws and policies. Homeownership is a core part of the American dream and vital way of building generational wealth, yet, for many Black Americans, it remains a huge hurdle. Until we come up with actual, tangible policies to make homeownership more accessible to Black Americans, we’ll continue to experience an ever-widening gap between white and Black American wealth.