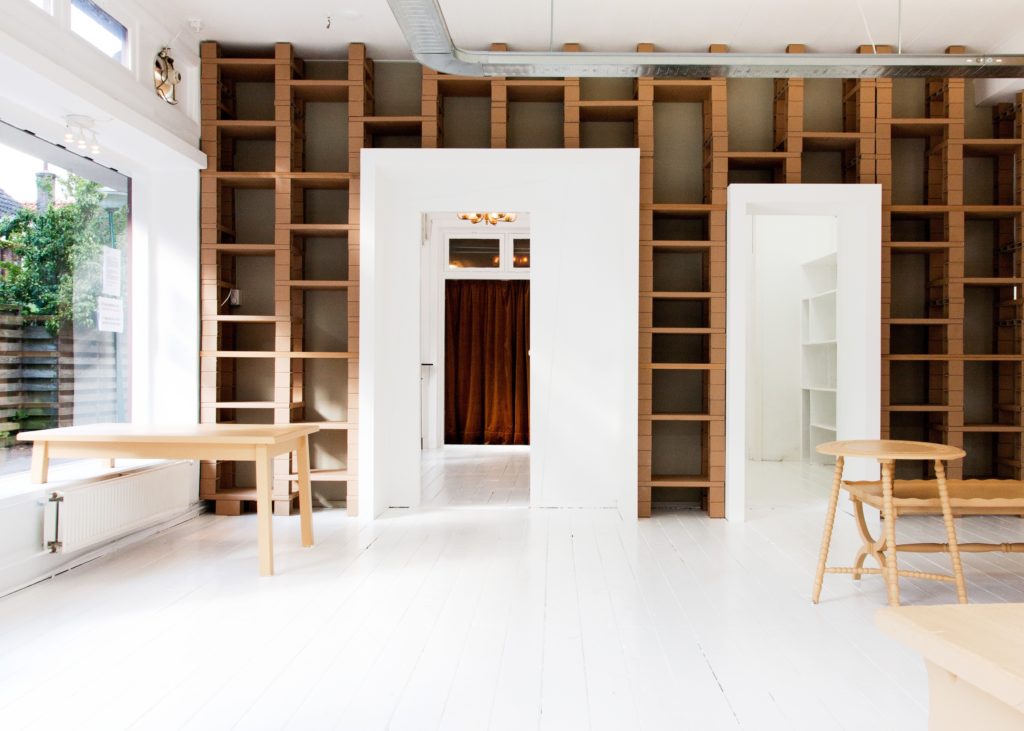 I’ve always kept my living space messy. I have a picture of myself around age 6, standing in front a dresser covered with tchotchkes, clothes erupting from the drawers, with the bin of toys next to the dresser threatening to engulf whatever minuscule bit of space could possibly be left. I’ve always liked having a certain amount of stuff around: it makes a space feel like a home to me. Having too few things around makes a space feel temporary, like I live in well-kept but soulless hotel room.

But contrary to everything I’ve ever believed about how I like keeping my living space, I recently (voluntarily!) conducted a whole-apartment tidying spree where I got rid of at least 15 bags of stuff…and I enjoyed it. What happened?

It started with my morning routine of reward-bundling exercise with brain-rotting TV. I decided I can watch whatever I want, no matter how irredeemable it is… but only while I am exercising. I found Tidying Up with Marie Kondo on Netflix and binged it. Watching other people become happier through tidying made me happy, too. As their lives became simpler and more fulfilling, I felt their joy and wanted to create some of my own. I checked out both of Kondo’s books (on CD) from the library and, in between listening to her tips to keep my motivation up, I tidied up.

A few weeks later, and everything in my apartment is tidy: my hallway is clear of donation boxes, my to-read pile is actually realistic, and my clothes drawers look like I stole them from a lifestyle model. It’s great! It’s awesome! Why didn’t I do this sooner? Oh, right…because tidying up costs money.

Tidying up cost me money in two ways: in actual cold hard dollars, and in the opportunity cost of choosing to tidy over doing anything else. Let’s start with the second one first, because if you are likewise inspired by Marie Kondo’s perfectly ironed, joy-sparking lifestyle change suggestions, then this is the cost you will pay, no matter what. Opportunity costs are the tradeoffs (conscious or not) that you make by spending time doing one thing that you could be spending doing another thing. As economists are fond of saying, there is no free lunch: even if the food itself is free, you’re spending your time at that lunch meeting instead of somewhere else doing something else. If you spend your time tidying up, you can’t also spend that time working or learning a new skill — you sacrifice potential earnings or increasing the baseline value of your work for having fewer distractions and things around you. Time is money, friend!

Not too long ago, if I made the tradeoff of spending my time tidying instead of putting in overtime at my job, then I would also have made the tradeoff of not making my share of rent that month — which was a dealbreaker, to put it mildly. I would rather live with a mess and a roof over my head than a “minimalist lifestyle” on the street, thank you very much. I am thankful that I now live more comfortably, both in terms of less time pressure and less money pressure. And since I now have the privilege of time, this means I have the choice to tidy up; I can spend my time tidying up and not be homeless at the end of the month. This is not a choice that everyone gets to make.

And to add a privilege cherry on top of my privilege sundae, I was also able to spend approximately $500 of pure, unadulterated cash on my tidying spree. Here’s how it broke down:

I still own a lot of things, mind you. A minimalist would run screaming from my tidied apartment in ten seconds, tops… but now all of my library books have a home (one that is not a pile next to my bed), my art won’t get destroyed by the tape I previously used sticking it to the wall, and my unpainted Dungeons and Dragons minis are no longer sitting on my kitchen table guilt-tripping me every time I sit and drink my coffee. Tidying did make my life a little easier by designating a spot for everything I kept… but it was only possible due to the breathing room I have. Between the opportunity cost of sorting, boxing, and dropping stuff off at charities I care about and the cost-cost of fixing up my living space to look a little nicer it became obvious to me that I couldn’t have borne the cost of tidying before now.

Tidying up was a fantastic experience for me… and I am insanely grateful that I could do it at all. I am now acutely aware of the life-changing privilege of tidying up.

Kristen Toohill is a doctoral student interested in the intersection of organizational development and games.