The Unexpected Money Challenge All Servers Have To Deal With 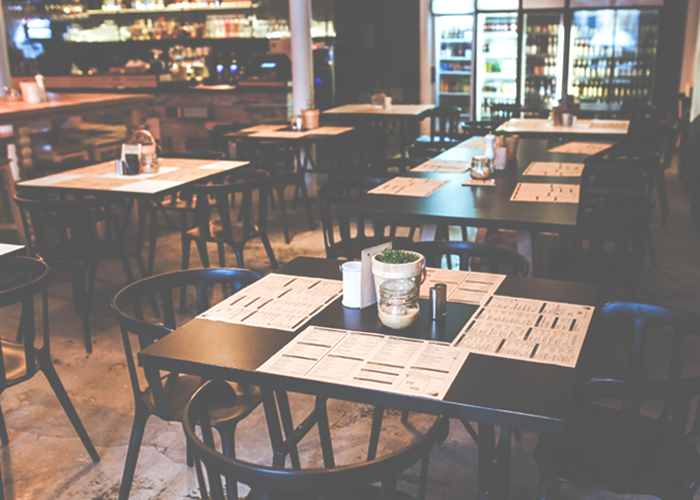 I spent around two years working as a bartender and server while I was in grad school, and then again while job searching after I had graduated. It had its ups and downs, was both stressful and fun, and was ultimately a great learning experience, as well as a really great way of supporting myself.

The blessing and curse with serving and bartending is that, for the most part, you make money in cash. And making money in cash as bartenders and servers do, for me, became almost addicting. When someone would ask me to pick up a shift for them, all I could see were dollar signs, and it was really hard for me to say no. Imagining the wad of cash in my hand at the end of the evening made each shift something I was excited to take. And besides, not only did turning down a shift mean that I would not make money while working, but it also meant I’d likely be out spending money instead. Taking the shift was always a win-win for my wallet.

However, having money sitting around in cash was not always a win for my wallet. I remember catching up with a friend one day when I was maybe six months in to working at the bar and they asked me The Question: “So, how much money are you making?” It’s a question most servers/bartenders deal with, in particular because we get it in large sums at the end of each night, instead of waiting to receive a regular paycheck. I started to give round estimates of what I’d make on a given night of the week, but, because this friend had already been working the full-time-salaried-job life for a few years, they interrupted me to ask, “No no, how much do you think you’re making a year?”

This conversation was a huge wake up call to me. Despite making enough money to support myself, I was being incredible irresponsible with the money I had left over after my bills were paid. It’s incredibly easy to justify spending money when you’re a server, because you always just imagine that you can pick up a shift here or there and earn it back — it has no cumulative meaning.

I had no idea what my income was outside of a single night, because I was spending it nearly as quickly as I was earning it. I had a sad, little savings account but I was never making any deposits, and despite having student loans out already and knowing I would need to take out more for future semesters, I was not putting any money towards my debt. I knew how much money was in my pile of cash at the end of a shift, but didn’t track the money I took out of it to go shopping, or  to lunch with friends, or to go out drinking at the after-hours bar. I had been making so much money for six months, and had nearly nothing to show for it.

Following that conversation, though, I started tracking my income. At the end of every shift, I wrote down what I made and decided how much money I would keep in cash. The remainder of that money would go into a coffee jar in my bedroom. If I took additional money out of the jar, I wrote it down. Each week I would recount the money I had in the coffee jar and deposit it into my checking account. I entered these numbers (how much cash I made, how much cash I kept, and how much cash I deposited into my account) into an Excel spreadsheet and tracked my weekly totals.

Seeing these numbers, the sum total of my nightly earnings, completely changed how I handled the income I made in cash. Once I knew how much I made each week, I could see how much money was left over after bills were paid. I started making weekly deposits to my savings account, which eventually grew into an Emergency Fund that I maintain to this day, over three years later. It helped me buy a car, move to a new city, furnish a new apartment, and even pay for my last semester of school up-front. I did not earn more money after I started tracking my cash, I just started treating my money better.

Thinking about those first six months or so that I was working at the bar without tracking my cash is frustrating. I can’t even tell you where that money went, and seeing the numbers laid out in that spreadsheet that tracked my income, it’s sickening to think so much money went towards things so unimportant that I can’t even remember them. But I’m happy to have learned the lesson and finally shaped up and started taking care of my income responsibly, which are values I work to maintain even now that I have moved into the full-time-salaried-job life.