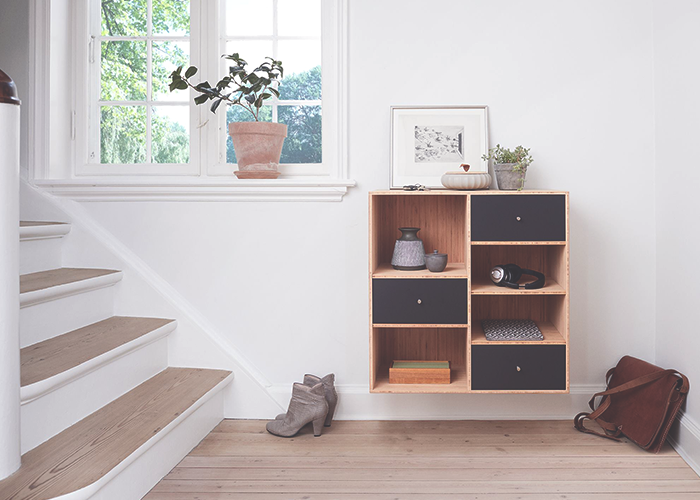 It is pretty soon to do such a thing in our relationship (we’ve been together less than a year), but we’re both pretty capable adult humans and have figured that this is the best situation for us, and although I’m only low-key freaking out, I’m also really excited. It isn’t happening just yet — I have some more life-shit to accomplish in my lovely family home before I pack up and get over there — but it is tentatively set to happen in early 2017. He’ll be roommate-less and financially desperate for someone to split rent, I’ll be in school part-time, nearly graduated, and working and learning only a town over from where he lives, and we’ll both be so dang busy that the only time we’ll ever get to say hi to each other is at 9 PM.

We’ve gone through a lot of wondering if this is the right situation for us, starting from when the idea was raised as a joke because his roommates kept leaving him. Then it became apparent that we actually really wanted to do it, and just needed to figure out the best time. At first, we settled on next summer, after my graduation — but another unfortunate roommate-leaving situation prompted us to move it up to be a bit sooner, and I couldn’t be happier that it worked out this way, because I think living there (which I practically already do — Dr. McDrewmy works all the friggin’ time, and I only ever see his mug at night when it is half-asleep) will be the most fun thing ever, and I’m excited for us to start a “together” life.

That being said, it has raised a lot of questions — questions I really had to consider before finalizing my decision.

There are a lot of factors besides ~love~ that contribute to the decision to move in with a significant other. One of the biggest ones, obviously, is money. I feel like I have a great handle on things, and from the outside, it seems to me that he does as well. But we never really know what’s going to happen when we’re under the same roof, sharing everything, and closely able to see what the other one does with money. We’ve had to have many talks about this stuff before deciding that it was, in fact, a good idea with a safe plan for both of us.

With that, here are the four biggest questions that have been on my mind, which I’ve had to closely and carefully consider while planning for my move.

1. Is my boyfriend going to resent me for only being able to proportionally split the bills?

The boy makes a good amount more than me, but is just shy of what he needs to comfortably cover his rent while paying other bills, saving, and, you know, living life. This means that he can certainly afford more than half of the rent and utilities, so we’ve decided to split the bills in proportion to our income, rather than splitting down the middle. This doesn’t make me feel great, and I definitely plan on making it more of an equal split once I graduate and can really work full-time again (because I’m only working part-time right now, on top of classes and one of those infamous unpaid internships), but for now, we’re rolling with splitting it that way. We badly want to live together, and know that the positive ways in which we will benefit from it outweigh the negatives (like not having tons of extra cash to toss around, and being a little strapped until my graduation in May). And he’s tried time and again to convince me of the fact that we will be fine, and that I shouldn’t worry about the income and bill discrepancies. I am (clearly) convinced enough to believe that this is a good idea in spite of my worries, but do feel a little nervous that he’ll someday resent me for not contributing what he does financially. I hope to make up for this in other ways, because obviously as the one of us who has a bit more time to myself, I will dedicate a lot of that time to helping him with things he isn’t easily able to accomplish, like housework, grocery shopping, cooking, etc. It might not be the perfect system yet, but I feel pretty confident that we’ll figure it out. Even so, this was something that was really important for me to consider before I made the decision to move in.

2. What little things have I not considered?

Drew is, of course, a man, which means he exists very comfortably in a small apartment with no natural light and very few things. Which is totally fine, and maybe even better than hoarding a bunch of useless junk in your home. However, even when I’m just there for a day or a weekend, I find myself needing (yes, needing) little things that I take for granted in my own home. These little things include good cleaning products, aesthetically pleasing dishcloths (i.e. not filthy), a hairbrush, assorted kitchen utensils/appliances, pantry ingredients that I never remember buying, but always seem to have on-hand (thanks, Mom!), etc.

I “have” all of these things available to me where I live now, but I don’t actually “own” them, and therefore can’t bring them with me when I move. It is crazy when you’ve pretty much been a dependent your entire life to realize all of the little things that go into running a household. My mom is like a magical little fairy who always notices when the Costco-sized bag of sugar is running low, and swiftly replaces it before anyone even notices it is missing.

Meanwhile, I write a monthly budget for all of my “necessities,” which doesn’t often include things like toilet bowl cleaner, garlic powder, printer paper, and other tiny things that are always always always readily available in my house without me ever having to think twice. I don’t know if I’m entirely confident in my ability to realize what it is I actually need to have in my home, and my ability to keep all of those things in stock. I feel like this takes a lot of trial-and-error, and a lot of realizing you don’t have the thing you need at the exact moment you need it.

3. Will I still be able to lean on my family?

Moving away from my family for the first time is extremely scary for me, because we are so close, and I’m used to having them there as my constant safety net — emotionally and financially speaking. It is easy to feel like moving out means you will be entirely separated from your family, and no longer be a part of the unit. However, after a lot of convincing from my mom, I’ve figured that they are not going to disown me just because I live a few towns over, and I can certainly still go to them for help and guidance the way I did when I was living down the hall.

My family is, objectively, fucking incredible. I’ve never had a single second in my life where I didn’t feel entirely safe, supported, and loved. I know that we would always fiercely protect and care for one another, and that if I were to find myself in any sort of sticky situation, they would be more than willing to help me out (and pretty easily able to do so).

However, there does come a point where you need to separate yourself from the idea of having the safety net in order to grow, even if you know in the back of your mind that it is there. For example, I’ve lived home for almost all of my early adulthood so far, and while I’m pretty good with money (due largely in part to TFD, thanks squad!), I do also know that my ability to properly earn, budget, save, and manage my money won’t be as refined as it can be until I am on my own without the feeling of a safety net.

It is easy to read tips online and feel confident that shit will work out when it needs to, but I never really gain the skills until I’m really in a situation that forces me to tap into them and use them. I’ve planned in all the ways I know how to for this, and now it is time to just take the plunge, apply what I’ve learned, and make it work.