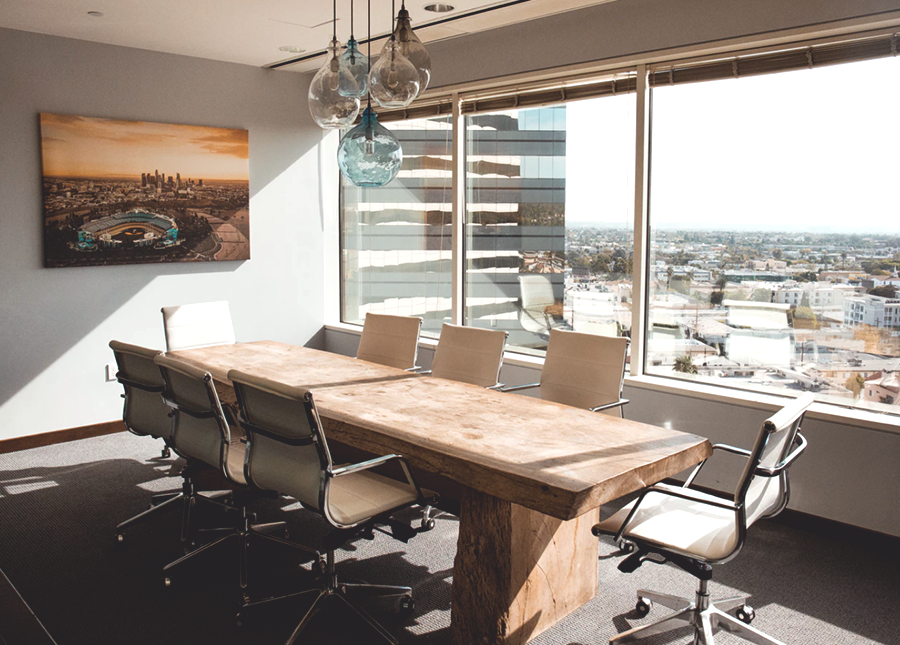 There are a lot of things that make it easier to leave a job. For example, maybe you don’t like or respect your boss, you feel your work is not valued, or you are dramatically underpaid for the amount of work you do. None of these had been the case for me, and yet I still wanted to quit. The reasons weren’t hyperbolic, but they stuck with me over a matter of months: there wasn’t any room for me to move up in the company. I’d been there for four years. I’d dabbled in freelance work and knew that there were more exciting adventures available outside my day job.

At some point, I realized that I definitely was going to leave — and there was a serious amount of freedom in realizing that I was on my way out. However, I was apparently not meant to find something I liked better immediately. In fact, I had to apply on and off for seven months before the right combination of job offer and timeline (I wanted to give substantial notice before quitting) allowed me to part ways.

I completely stand by my choice to stay for seven months despite the fact that I started wishing I could move on ages before. This advice isn’t always true, like in the case of one or more of those good reasons to leave your job quickly listed above. Even so, I believe there are other millennials out there whose interest in leaving their jobs is more like mine: an itch to move on, a desire for something more, but no pressing reason to part ways. If this is you and you’re looking for some guidance, here are a few ways I managed the need to move on while continuing my life at my current job.

Double Down on Good Work at Work

One might think that the moment to slack off is when you are totally done with a particular employer, but I did the opposite. I knew I was going to disappoint my boss when I said I was moving on, so I wanted her to be basking in the glow of all my hard work when I had to give her that news. I also realized that all the experience my had-it-a-long-time job could still give me would make me more marketable for the next job I got. I tried to participate in projects that were a little outside my comfort zone and help coworkers who were eager for collaborators, since a big part of my dissatisfaction at work was feeling like I kept doing the same things over and over.

There is a danger to this, and I think it’s worth mentioning: you might grow to love your job. During my season of leaving, I actually stopped looking for new jobs for a while because this strategy re-energized me at work. It didn’t permanently get me to stay, but I think the liberation of trying to overachieve right before quitting actually helped me like my job there more, at least for a while.

Surf Job Boards Frequently, but Apply like a Picky Person

During my season of leaving, I looked at a huge variety of job boards and employment pages of my dream employers; I bookmarked them and kept an eye out. However, I only threw out one (two or three at most) job application a week, because not every job in the world looks like it’d be better than my current job. I had to like the work, the commute or flexibility, or the salary more for me to really want to apply. Otherwise, my fine-just-fine job could do for another week.

Value the Good Days, and Take Note of What You Want on the Bad Days

One thing I did to pass the time in the season of leaving was notice when something about my job made me really happy. Some days, it was just drinking a cup of coffee while I got things done, but other days, I really had great interactions and meaningful results. These days were outweighed at times, but I tried to note them because I knew that it would give me the patience to really stick it out and not quit till I knew what was next.

On the bad days, however, I tried to turn everything into something I either had to accept about jobs in general (i.e. people can be late to meetings! This will just happen, no matter where you work), or something I would want to be different in a future job. Noting these things helped me search the job boards better, giving me more things to think about in regards to the corporate culture than I would have considered. When I did start getting interviews, I had better questions to ask, and thus probably appeared to be a more engaged candidate.

Free Your Mind From Feeling Like You’ll Be Here Forever

I suspect that a major cause of hasty quitting is the feeling that one is trapped, that you or I will always be in this job, and nothing short of a major jump right now will change this. There are certainly days when I too wanted to jump, but given that I wasn’t working with any major job dealbreakers, I felt that staying was always the better call. To do this, I had to remind myself constantly: this is impermanent. I’m going to move forward, and soon.

I’ll say again that this is not advice for people dealing with workplace harassment, or discrimination, or disagreement with the unethical behavior of a company: there are plenty of reasons to quit on a dime (though maybe also good reasons to talk to HR about your rights in the process). I was in a spot where my job was fine, nothing to be ashamed of or threatening to my safety. I had watched ambitious friends confidently quit such jobs only to be unhappy in the months of unemployment that followed, and I wanted to try something different. It isn’t the only way to happiness, but I can confidently say that both the season of leaving and the new job I have now make me quite fulfilled. Just knowing that I wanted to leave was enough to empower me to start the process, and I think even that feeling was enough to make my job less difficult to manage.