Unpopular Opinion: It’s Not Oppressive To Be Sponsored By A Man, It’s Smart 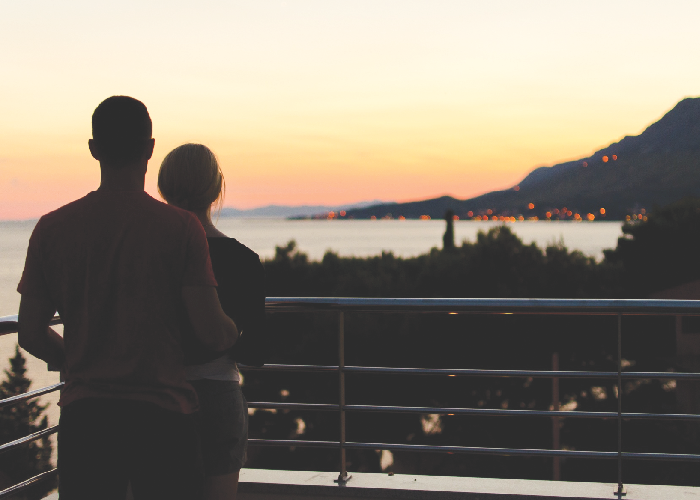 When it comes to life and love, I have one rule that overrides pretty much all others: It’s your life, and you only get one, so enjoy it. I’ve never been the kind of woman who aspires to a 100-hour a week, extremely-demanding career. I don’t care about the prestige that goes with it, because I know that I’m happiest when I’m reading, writing, cooking, traveling, or spending time with friends/lovers/whatever. I am all about living life, and not about working to pay for it. I have a degree, and I work a very low-impact job at an art coop in a major city that is not New York. In a very good year, I will earn about $29,000 myself, and yet that has never stopped me from living a rich life of travel, nice apartments, good food, and little-to-no debt.

And this has simply been achieved, in various ways, through men. I had a sugar daddy relationship through my undergrad degree, which enabled me to not take out loans in addition to living much better than the average college student during that time. We broke up about seven months after graduation, when I started dating someone seriously. That man, I had met through my boss at the time, and he was a bit older than me and earning well over six figures. It was not any kind of “sugar” relationship, but the dynamic was always that he would pay for things, and I didn’t object or feel any guilt about that. In that time, I never dipped into the $25,000 in savings I had accrued til that point, and I was still able to contribute a bit to my paltry 401k each month, because all of my bills could be covered, since he was covering everything else. My low salary felt enormous when it was just used to supplement my life.

We broke up after about a year, and it was amicable. And all of the nice things he got me in that time, I kept with no remorse. He didn’t look at me as some charity case — I brought many things to the relationship that he did not have and was not capable of bringing himself. For him, money was means to an end, and it allowed us to have a nice lifestyle together. That’s how I looked at it, too.

Shortly after my 25th birthday, I found a new relationship that was more “sugar” in nature, because I wanted to contribute to my savings as much as possible in as short a time as possible. After nearly a year with him, I had added nearly $50k to my savings and investments, and had been as frugal as possible with the dynamics of our relationship. (Every super-fancy gift he got me, I returned as soon as possible for the cash. One bag alone was nearly $1300.)

Now, I’m in a long-term relationship (nearly two years) with a man I am totally head-over-heels for. He is upper-middle-class (earns about $140,000, which doesn’t get you as far as you’d think in our city). And while he does pay for most of the things we share, I am always very clear about wanting to maintain a certain separation. I have accounts he doesn’t know about, I have a backup plan always, and when we move in together when my lease is up this spring, I plan to be very cautious about how that setup is laid out. I know that, because he has the majority of the money, he has the power in a lot of respects. I need to maintain my independence, strategize, and never be in a position where I am trapped in a bad situation. This won’t happen through my salary, but it has happened through spending the last five years building a nest egg for myself.

A lot of women — even friends of mine, trusted ones — think that this is somehow inherently oppressive. They think that what I’m doing is retrograde and demeaning and bad for women as a whole. But I look at money as a very transactional, very fluid thing in life, and I know that my goal will never be to earn a lot of it for myself. I have gotten a lot of lectures about how I could do “so much more” with my life, from women who, by the way, are constantly complaining about the long, difficult hours they work for crappy pay.

And while I don’t think that it’s a good idea for every woman to rely on a man to fund her lifestyle or make it a lot better, I do think that, if you know that’s what you want, that can be a smart move. Make no mistake, maintaining very “curated” relationships like I’ve had with some of my benefactors is a job in and of itself, even if you only see that person twice a month. But for me, it was highly worth it to ensure my financial security at a young age. (I do not come from any kind of wealthy background.)

For me, it’s smart to navigate life in the most beneficial way possible for you. Like I said at the beginning, this is your life, and you only get one chance to really live it the way you want to. And shaming a woman for being supported, financially by a man is silly. Why should she have to join a rat race she doesn’t want to if someone else is willing to do it for her? Obviously, it’s foolish for a woman (or anyone) to be in a situation where she doesn’t have control over her choices, or doesn’t have enough protection for herself to retain independence. But I also think acting like a woman getting a serious boost in lifestyle from her relationship is “unfeminist” is unproductive. Life is about weighing the good and the bad, and doing what we want in the smartest way we can.

I want to live a life of comfort, passion, and sensory pleasures. None of that involves being a career person. But I’m lucky, I guess, in that I don’t feel any shame in not being one.