I Use My Sexuality To Get Ahead At Work, And I Don’t Feel Bad About It 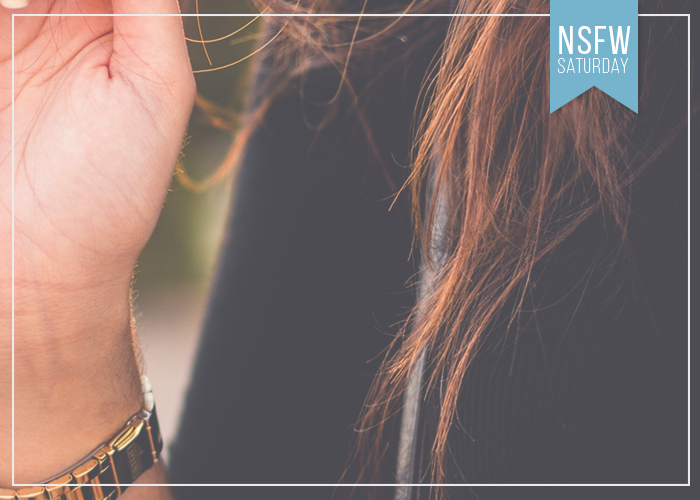 Introducing NSFW Saturdays, for all the money talk we can’t have at the office.

The “Glass Ceiling” is defined by Merriam-Webster as “an unfair system or set of attitudes that prevents some people (such as women or people of a certain race) from getting the most powerful jobs.” In real life, for women, it’s defined by a million little disadvantages that we have to navigate at work that men never consider. It’s not just not getting the corner office, it’s all the little thing we have to do in order to get that office. It’s the things we have to learn to laugh off, or pretend not to hear. It’s the extra mile we have to go to make ourselves look “professional,” because an un-made-up-and-coiffed woman is unsightly to so many male colleagues and clients. The Glass Ceiling is what’s unavailable, but it’s also all the things that are available to us, at a price.

And don’t even get me started on when we become mothers.

But as someone who has been working in professional services (a law firm, to be exact) in the South for nearly 12 years, I can tell you that, even if you think the Glass Ceiling isn’t real for you at your sleek New York City office, that is not the case for many women. The professional services (things like accountants, lawyers, consultants, etc) are in a realm and a culture that many people don’t understand. It’s very old-school, traditional, and masculine. Especially in places like the South. I am the only woman at my firm, I always wear a skirt to work (I had to sit the bar in one), and there are constant comments and “jokes” from colleagues and clients alike that remind me just what they think of most women. Partners have held celebrations at exclusive cocktail-and-cigar bars with beautiful female servers where only men are allowed, to this day. They have followed-up with an afterparty at a strip club. On the company card.

Now some of you at home might be asking yourselves, “How could she??” And I understand that for many of you, it is unthinkable to work in this kind of environment. But I love the South and have no intention of leaving, so escaping the more prevalent boy’s club environment is near-impossible. And for all its faults, my firm is damn good, the best at what we do in damn near the whole state, and I have been successful here. Even if it means dismissing offhand comments about women — sometimes even about myself — my mentor has taught me a lot, more than I would have learned anywhere else. And if I ever hope to open up my own firm someday (where things will be run differently, I can assure you), I have to come up with the best. So the realities that may seem appalling to you are all part of a greater plan for me, and part of that plan includes wielding my sexuality at work in a way that is usually sneered or hissed at by “enlightened” feminists.

What I’m going to say may sound crude, but I believe in efficiency and honesty: that means bluntness.

I’m a very good-looking woman for the standards of my city/environment. I have a young face, long brown hair, a curvy body, and great skin. I know my assets and keep them in mind, not because I’m vain or think I’m the sexiest woman in the world (I know I’m not), but because I know how much the fact that I’m good-looking can be an asset at my work. Now, for many professional services jobs, being a “neutral-looking” woman is an asset, and there are even sometimes nicknames at different firms for the women who are good-looking without being sexy or overtly pretty. It puts male clients at ease without making them feel attracted and awkward, and it doesn’t upset the female clients they might have.

This probably sounds terrible, but I didn’t make these rules up, I just have to play by them.

Either way, I know that my sexuality is an asset, and as a single woman — I have a boyfriend, but I keep him as much under wraps as possible, because frankly I don’t want questions or comments — I use it to my advantage. I wear certain outfits for certain meetings, I talk flirtatiously with my bosses and certain clients, and I act with many of the men I work with like I’m on a casual date: I’m interested in what they say, I wear nice outfits, I laugh at their dumb jokes and pretend to be oh-so-interested in whatever they have to say. I let them complain about their wives to me, or tell me about a stripper their friend got for a boat party. In general, I act like the exact woman I know they want to be around, even though that person is not me in the slightest. I create a character, in certain situations, and that character is very based on sexual appeal and attraction.

I’ve never slept with a coworker or boss, and wouldn’t do it, but I know that I am using my sexuality all the same. I’m not tricking myself into thinking that I’m not doing exactly what I’m doing, and when I think about my longer-term goals (my sexuality is part of my success at this firm, which means part of my success in my greater career), I don’t have regrets over it. I know that I work within a system that is flawed, and skewed against me as a woman, and that my colleagues’ idea of “neutral” is my idea of “very masculine.” This means that I have to play by a boy’s club code in order to get ahead, or even to be equal to them. And because I’m not a “neutral” woman, physically, and do have qualities that would put me in the “hot” category, I either choose to utilize that, or hide from it. And I don’t hide from things in life.

Sexuality can be a powerful, potent tool for women at the workplace, but you will hear over and over that it is exploitative and anti-feminist to use it to your advantage. But to people who make those judgments and proclamations, I return the question: To whom is this behavior exploitative? Because I know that I am using the more reptilian elements of my male colleagues’ brains to advance in a way I might not be able to otherwise, and that, to me, feels fully like exploitation of their weaknesses, not mine. I know what I’m doing, and why I’m doing it, and the fact that they are falling into it only makes them the victims, in my mind.

I’m confident in my choices, and am proud for making the most of the environment I work in. I hope you can say the same.

Beatrice Lockhart is the writerly pen name the author has been using since she was writing fanfic in the sixth grade. Her real name is much, much less cool.