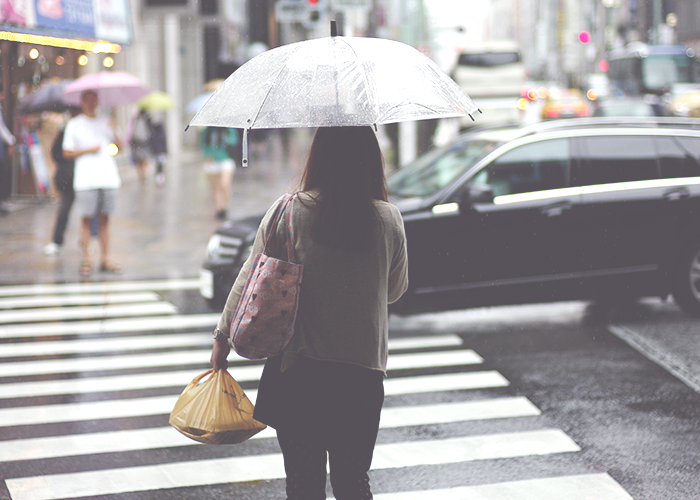 Growing up, my family nickname was “the golden child.” I found this out when I was 16 years old. My brother and sister thought I had it made. As the golden child, I got good grades and spent my free time alone in my room reading and writing. I rarely got in trouble, was part of student council, and earned scholarships to help pay for college. My siblings assumed I would graduate from a great college, land an awesome job, make plenty of money, and easily transition into adulthood.

My siblings could not have been any more wrong. This “golden child” certainly did not have it made. Today, I am burdened with over $100,000 in student loan debt — an amount accumulated from my bachelor’s degree and two master’s degrees — and several thousands of dollars in credit card debt. I fight daily battles against my diagnosed depression and anxiety, which primarily stem from insatiable worry associated with an uncertain financial future. I work really hard, but each month I just barely make ends meet. I’m 27 and have a 401k, but no real savings other than that. Money is something that is so unequivocally tied to success, stability, and adulthood. So when you feel like you’re drowning in debt, it’s nearly impossible to feel like an adult.

Since graduating college, I’ve kept these problems to myself. I didn’t want to admit to anyone that my life wasn’t turning out like everyone expected it would. When I was in my early 20s, I figured I had time to take control of my finances and my debt. I thought I would finish grad school, find a better paying job, and finally be in a position to start saving money. But that time went by quickly, and now I’m in my late 20s and still in the same situation.

In a 10-page letter, I told them everything — the unpaid student loans, the credit card debt, the fact I didn’t have enough money to pay beyond the minimum payment for my credit card bill each month, the anxiety I had about paying all these things off, my struggle with depression from feeling like a failure, and my fear of never becoming an adult. Everything.

An hour after sending the email with the typed letter attached, I received a text from my father asking me to call him when I got home from work. There was no “I love you” tacked on to the end of his text. No words of reassurance. Nothing to hint at how he felt about my email. I didn’t know what to think.

As I dialed the phone later, I felt like vomiting. My hands twitched in anticipation. My heart beat hard against the inside of my chest. I wanted to hang up, but there were no viable excuses. I didn’t want to disappoint my parents. Growing up as ‘the golden child,’ I thought I never would.

My parents were not in a position to help me, nor would I have expected them to. Other than offering up some pretty basic life advice, like trying to renegotiate my credit card payments, my parents weren’t sure what else I could do. However, something really unexpected happened. They offered up something completely unlike them: their own personal finance stories. For the first time ever, my parents actually confided in me about their own financial struggles.

My parents told me they would have never been able to buy their first home if my grandmother hadn’t given them the down payment as a gift. They told me they lived paycheck to paycheck at my age. They told me they wished they could help me, but they still had to manage their money closely, because monitoring your finances responsibly is a concern though the entirety of adulthood.

The discussion brought my parents and me closer together. I could be honest now. In the past, I would talk about being stressed, but never told them about what. With this giant weight lifted off my chest, I started openly talking about my finances with my boyfriend and friends. To my surprise, I found out some of them were in the same situation as me — even some of my girlfriends who seemed to “have it made.” This enabled me to shed some jealousy I’d been harboring due to how I was perceiving their situation. Turns out, they were putting on the same exact show I was.

Knowing that I’m not the only one in this financial predicament has made things so much easier for me. Of course, I still have a long road of debt payoff ahead of me, but talking openly about my financial problems and my fears has helped me realize I can turn my financial life around. Knowing that my parents were in my shoes once and that they were still able to build a stable financial life makes me feel like I will rise above this. For years, I was afraid to ask my parents for advice, but now I can chalk it up to being the smartest thing I ever did.